MangaWho Is Yoriichi Tsugikuni in Demon Slayer? Unmasking The Slayer Who Scares...

Who Is Yoriichi Tsugikuni in Demon Slayer? Unmasking The Slayer Who Scares Muzan 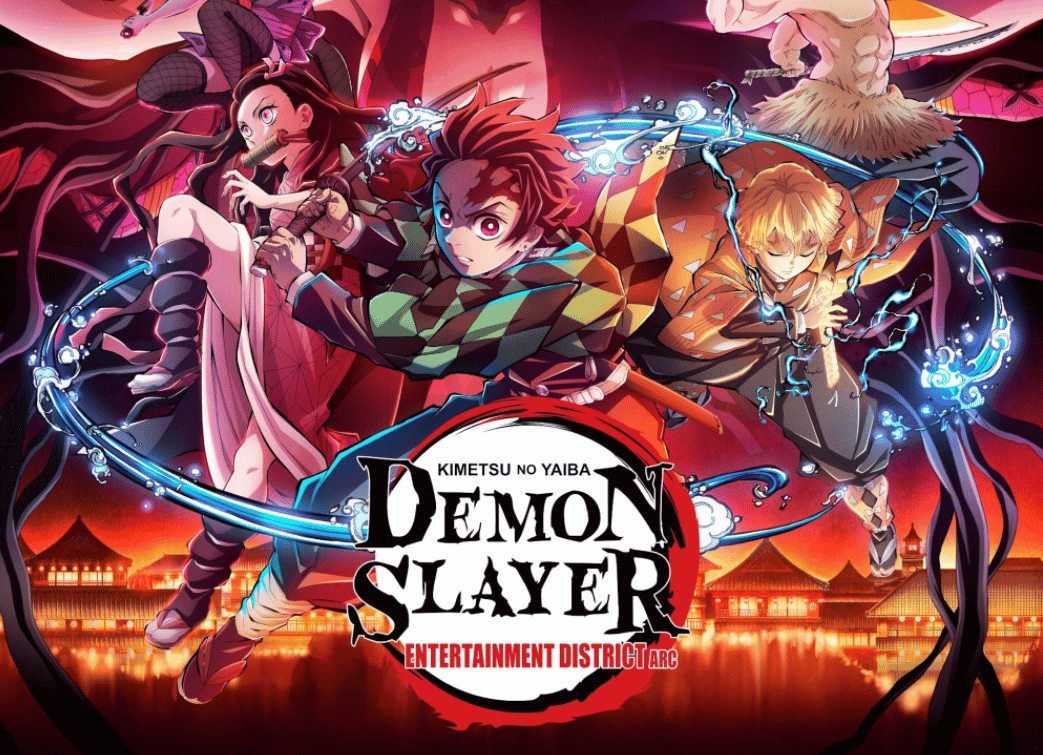 Demon Slayer: Kimetsu no Yaiba became popular overnight. Fans connected with everything in the show, whether it’s the story, characters, or music- everything is on point.

Season 1 was already getting GOAT shouts before Season 2 came along with the Entertainment District Arc. We must mention the Mugen Train Arc as well. The movie was a great advert for the anime series.

The creators have done a great job bringing the fan-favorite manga arc to life.

The 2nd Season follows Tanjiro in Japan’s red-light district. But the fans are buzzing for something much much special- glimpses of Yoriichi Tsugikuni.

Although we know very little about this Demon Slayer of the past, viewers are intrigued. Especially because of the way Muzan and his minions react to Yoriichi.

A Demon Slayer that scares the Demon King himself deserves more recognition. Plus, we think we’ll be seeing a lot more of Yoriichi in the coming seasons.

So, here are some interesting facts about Yoriichi Tsugikuni that you should know.

Who is Yoriichi Demon Slayer?

One liner- Yoriichi Tsugikuni is the strongest Demon Slayer to have ever lived. He joined the Demon Slayer Corps in the Sengoku Era and started the Golden Age of Demon Slayers.

Yoriichi achieved legendary status when he invented the Breathing Style.

The Hinokami Kagura Breathing Style that Tanjiro and the Kamado Family use was perfected by Yoriichi about 500 years ago.

But, the manga shows that he had struggles of his own.

At birth, Yoriichi appeared very weak in comparison to his brother, Michikatsu. And

Even though Yoriichi had a big Demon Slayer mark on his forehead, quite similar to Tanjiro’s, no one foresaw the great destiny.

In fact, his father thought the mark was a bad omen and wanted to kill his own son. If Yoriichi’s mother hadn’t intervened, we wouldn’t have this cult hero.

The important thing is that he lived, and his parents decided to send him to a temple to become a monk once he reaches 10 years of age.

But, fate had other plans.

One fateful day, Yoriichi joined Michikatsu sword training and defeated the trainer. Everyone, including his father, was shocked at his skill.

Trivia: As a child, Yoriichi wouldn’t respond to anyone. So, everyone thought he was deaf.

A few days before Yoriichi was to leave for the temple, his mother died. And it turns out that Yoriichi knew about his mother’s illness all along.

He also learned that his father is planning to make him the family’s head, shattering Michikatsu’s dream.

So, he leaves his father and brother and runs away. Yoriichi runs through the mountains for a whole day and night without any stops and without showing any signs of weariness.

While on the run, Yoriichi meets the love of his life.

While running through the mountains, Yoriichi sees a young girl standing in fields of rice collecting tadpoles. That young girl is Uta, Yoriichi’s wife-to-be.

The plague killed Uta’s entire family, and now she lives alone. Yoriichi offers to live with Uta to keep her company, and they both end up married after 10 years of living together.

After a few months, Yoriichi leaves his house to find a midwife because Uta is pregnant and the time of birth is close.

But, Yoriichi’s search is cut short by an injured old man looking for his son. While helping the old man, Yoriichi realizes the sun is about to set, and he must return to his wife.

And as he returns home, Yoriichi finds Uta’s dead body slaughtered by a demon. His whole world flipped upside down in one day.

Heroes are born out of circumstances, and this was the birth of the strongest Demon Slayer.

For 10 days, Yoriichi carries his wife’s dead body. Eventually, a member of the Demon Slayer Corps advises him to bury his family and join the Corps.

And so, Yoriichi buries his loved ones and picks up his sword to start training as a Demon Slayer.

With his heightened abilities, Yoriichi quickly rose through the ranks. Plus, he also started teaching his Breathing technique to other Demon Slayers, including his brother Michikatsu.

However, Michikatsu fails to learn Sun Breathing and instead invents his own technique, after which he turns into a Demon.

Yoriichi uses a Nichirin Katana that has unique abilities. Made from Scarlet Ore, Yoriichi’s sword could cut and burn all Demons alike. Once his sword changes from Black to Red, Yoriichi can land mortal blows.

The Yoriichi Sword is known for suppressing the healing abilities of all Demons. That’s how he managed to put some non-healing wounds on the Demon King Muzan.

But, it’s not all about the sword.

Yoriichi is a master swordsman, the absolute best to ever wield a Nichirin Katana. He defeated a sword fight trainer with ease at just 7 years of age. But, this wasn’t his only gift.

Yoriichi became the strongest Demon Slayer because he was the only one born with the Demon Slayer mark. While others spend years trying to earn the mark, Yoriichi was already enjoying the perks from his birth.

Yoriichi was the first-ever Demon Slayer who could turn his Nichirn Katana into a Bright Red color at will. With this gift, he could suppress the healing abilities of all Demons.

Yoriichi Tsugikuni was born with the ability to see the Transparent World. With this vision, Yoriichi can predict his enemy’s movements and strike accordingly.

Yoriichi feels no anger, hatred, or bloodlust while fighting Demons. It helps his decision-making and makes it difficult for Demons to read him. Even Muzan struggled to predict Yoriichi.

And that’s not all. To complement these immaculate abilities, Yoirrichi learned the Sun Breathing fighting style and mastered all 12 forms as well.

He’s also the first Slayer to master the 13th Form.

And seeing all this, it’s no surprise that Yoriichi is the strongest Demon Slayer. But this look-back at his story brings up another debate.

Demon Slayer theorists think Tanjiro is very similar to Yoriichi, and they are somehow related. Are they?

Is Yoriichi Related to Tanjiro?

First things first, Yoriichi and Tanjiro are not related.

Some fans believe Yoriichi to be Tanjiro’s father, but that’s not true. The only connection between the two is that Yoriichi taught Sun Breathing to the Kamado family. So, in a far-fetched way, Yoriichi is Tanjiro’s mentor.

But, we know what led the fans to create these theories- the eerie similarities between Tanjiro and Yoriichi.

The most obvious similarity is the Demon Slayer mark.

Although not identical, Yoriichi and Tanjiro have the “Chosen Sun Breather Mark” in the same location.

Another similarity is the Hanafuda earrings. Yoriichi got the earrings from his mother, and it’s rumored that the same earrings have been passed down to Tanjiro through his ancestors.

These earrings triggered Muzan’s memories, and we got to see Yoriichi in action for the first time.

Then there is the mastery of Sun Breathing.

Yoriichi is the inventor of Sun Breathing, and Tanjiro is the modern-day master. And these two are the only Demon Slayers who can use the 13th Form.

So, there are tons of similarities between Yoriichi and Tanjiro, but there is no relation.

Yoriichi is not Tanjiro’s ancestor but a mentor of his real ancestors. And the claims of Tanjiro being Yoriichi’s reincarnation are also false.

But one thing that’s the same between the two is they both beat the crap out of the Demon King.

Yoriichi Vs. Muzan – Is Muzan Scared Of Yoriichi?

Well, for starters, Yoriichi almost killed Muzan when they faced off.

Soon after completing his Demon Slayer training, Yoriichi encountered the Demon King. And thanks to Transparent World, Yoriichi saw straight through Muzan, figuratively and literally. That’s when he discovered Muzan has 5 brains and 7 hearts that move around his body at will.

Yoriichi could see the movement of Muzan hearts and brains, and so he tested Muzan’s immortality. After suffering several mortal wounds and no longer being able to re-attach his severed head, Muzan felt fear and despair for the first time in centuries.

So, to escape his certain death at the hands of Yoriichi Tsugikuni, Muzan split himself into 1800 pieces. Yoriichi did destroy 1500 out of those, but Muzan survived.

That’s why Muzan is scared of Yoriichi. And because Tanjiro reminds him of his near-death at the hands of Yoriichi, Muzan wants Tanjiro dead.

Trivia: Because he failed to kill Muzan and his accomplice, Yoriichi was banished from the Demon Slayer Corps.

Yoriichi and Kokushibo – End Of The Line

And just like Tanjiro’s twin sister, Yoriichi’s twin brother also turned into a Demon. However, Michikatsu cannot control his Demon-self like Nezuko.

Michikatsu’s Demon name is Kokushibou, and he was an Upper Moon One Demon.

Interestingly enough, Yoriichi’s last ever fight was with his twin brother.

Trivia: Michikatsu once made a flute for Yoriichi to comfort him because Yoriichi was put in a small room away from the family.

Yoriichi and Kokushibou came face to face when Yoriichi was 80 years old. But even then, the Slayer had an upper hand over the Demon. But in the end, Yoriichi’s age caught up to him.

The legend died while standing upright in a Breathing stance. A fitting death for the strongest Demon Slayer to ever live.

And that’s who Yoriichi Tsugikuni is.

He’s the strongest yet the most humble Demon Slayer to ever do it. What we saw in the Entertainment District Arc was merely the tip of the iceberg. We’d definitely love to see more of Yoriichi in the upcoming seasons of Demon Slayer.

Scorpio anime characters are passionate, intensive, and ferocious. They are perhaps some of the most mysterious characters compared to other zodiac signs. Scorpios can demonstrate...
Previous articleFate Series Watch Order: Where to Start & How To Watch
Next articleHigh School DxD Season 5 Release Date, Trailer, Where to Watch