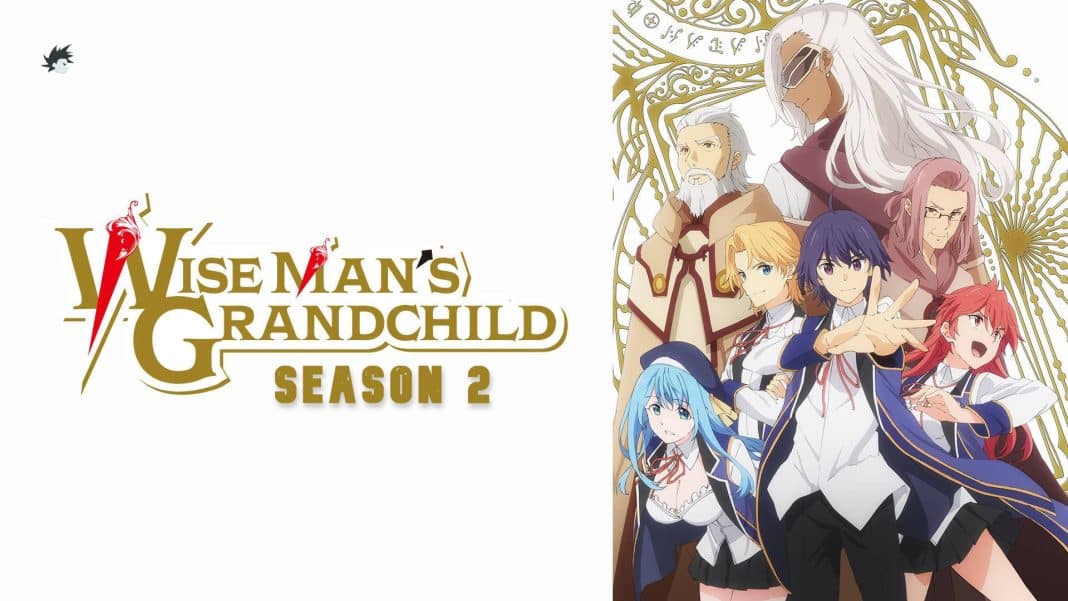 Isekai anime have become massively popular in the last couple of years. Anime like Overlord, The Devil Is A Part-timer, Re: Zero, and more have engaged fans with outlandish settings. And Wise Man’s Grandchild is no different.

Wise Man’s Grandchild is based on Tsuyoshi Yoshioka’s Japanese light novel, Kenja no Mago, which debuted in July 2015. The popularity of the light novel inspired a manga illustration in March 2016. And 3 years later, in 2019, Silver Link turned it into an anime.

Also known as Philosopher’s Grandson, the anime was simulcast on Crunchyroll.  Funimation and Hulu also got licenses for global streaming.

The series got mixed reviews from critics and fans alike. Its IMDB rating sits at 6.8 with 24k ratings, but, those who love it do not care about that. All they want is a Wise Man’s Grandchild Season 2.

So, is it happening?

Wise Man’s Grandchild follows the story of a young man reborn in a magical realm after his death in a car accident. Now a baby, this reincarnated man is picked up by the Sage Merlin Wolford. The baby boy is named Shin, and he becomes Merlin’s grandchild.

As an accomplished wizard, Merlin makes Shin his magical apprentice, but he forgets to teach him a basic yet important skill – common sense.

Shin – now a powerful wizard with little to no common sense – will join the Magic Academy to perfect sorcery. But destiny has other plans.

Where To Watch Wise Man’s Grandchild?

The first season of Wise Man’s Grandchild aired in Japan in April 2019 on BS11, ABC, Tokyo MX, and AT-X. An English dub was simulcast on Funimation and Crunchyroll, with Hulu also getting the complete sub and dub of season 1 later on.

So, these 3 platforms remain the best choice to watch Wise Man’s Grandchild Season 2 when it comes out.

When Will Wise Man’s Grandchild Season 2 be Released?

There’s still no news about the Wise Man’s Grandchild Season 2.

Official announcements aside, any rumors about Season 2 of Wise Man’s Grandchild have gone cold at this point. So, saying when Wise Man’s Season 2 will be released is hard.

But, there’s some news to find solace in.

Wise Man’s Grandchild is a simulcast anime. So, if and when it does start airing in Japan, worldwide fans will get to stream it on Crunchyroll and Funimation on the same day.

When will that happen? There’s no telling.

Moreover, looking back at Season 1, there will be at least a 2-year wait after the official renewal gets announced.

The first season of Wise Man’s Grandchild was announced in 2017. However, the anime aired its first episodes nearly 2 years after that, in April 2019.

So, even if the series gets renewed for a 2nd season, fans might have to wait till 2025 to watch it.

As fans, we can only hope.

Will There Be A Wise Man’s Grandchild Season 2?

While everyone’s hoping for it, there’s no official confirmation as of yet.

We’d love to break this good news, but the fact is that no one knows if we’ll get a Wise Man’s Grandchild Season 2.

The first season finished airing in June 2019. Over 3 years have passed, and there’s been no news of a renewal, let alone a teaser or a release date.

But let’s put on our detective hats, shall we?

The source material, a light novel, has 16 volumes as of February 2022. The first season of Wise Man’s Grandchild only adapted the first 3 volumes. So, there’s absolutely no shortage of source material. In fact, looking at the source material consumed by Season 1, there’s enough for 4-5 seasons.

For those who can’t be bothered to wait and see where the story is heading, the best way is to pick up the manga.

You can read the manga. Skip the first 20 chapters if you’ve seen the anime.

The first season ended with Schtrom and his subordinates losing to Shin and retreating for the time being. However, Schtrom vowed to defeat Shin, and he’ll certainly be back. So, the Ultimate Magicians decide to ally with all the other nations. Shin and the rest of the magicians will teleport to other nations to negotiate an alliance.

But, before the new adventure begins, we might see Shin and the others take a small vacation before joining forces against the Demonoid Threat.

Wise Man’s Grandchild Season 2 might not have the hype of shows like Overlord or Saga Of Tanya The Evil, but it does have a dedicated fan base that deserves more of Shin and Sicily.

Although chances are slim, we might get a second season one day.

Until then, all hail the manga!

Just like Monkey D. Luffy is to be the King of the Pirates, Roronoa Zoro has been destined for greatness since One Piece started. The...
Previous article
Uzaki Chan Wants to Hang Out Season 2: Story, Release Date & more
Next article
Tokyo Ravens Season 2: Released Date, Latest News & Updates