Anime20 Best Volleyball Anime and Spin-offs to Watch in 2022

20 Best Volleyball Anime and Spin-offs to Watch in 2022 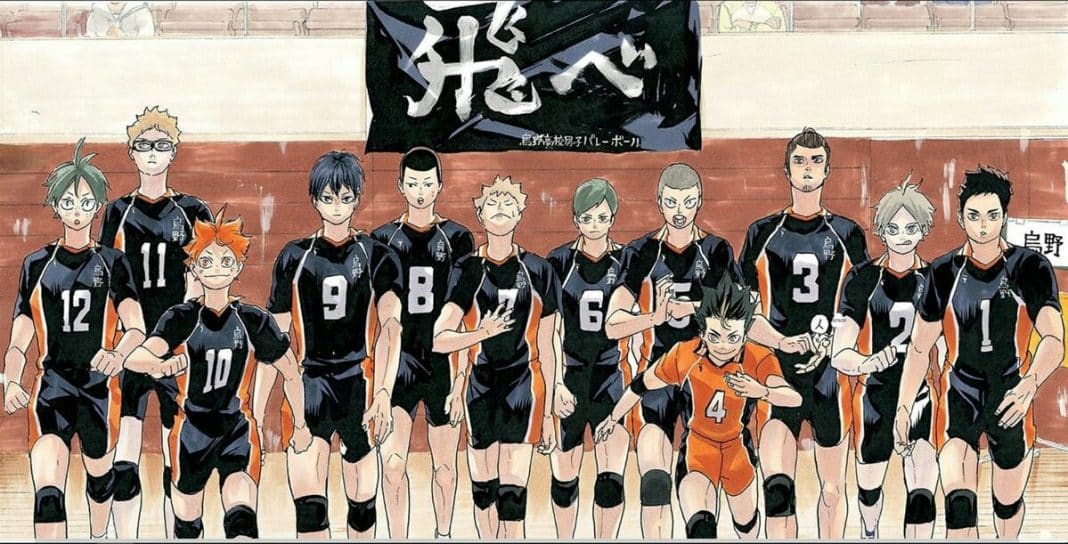 There is a lot of emphasis in the animation industry on sports lately. Keeping this in mind, we have compiled all the volleyball anime we could find in the history of Japanese animation.

And truth be told, we could not find many.

What might be the reason for that? Let’s discuss.

Why are Volleyball Anime so Hard to Find?

One reason is that despite being popular in Japan, volleyball is not an internationally famous sport. Unlike soccer and basketball, the overall viewership of volleyball tournaments is low. This, in turn, discourages writers to lean toward it when choosing a subject to write.

Moreover, the shows that Japan did end up making about volleyball, failed to gain much recognition, until Haikyuu.

Still, we are glad to find more than a dozen of them for you.

20 Best Volleyball Anime of All Time

This detailed list is in the order of timeline and includes all the spin-offs from popular and unpopular series since fans tend to accidentally overlook them sometimes.

Disclaimer: Sites linked through this blog are provided in good faith. However, we have added extensions to ‘free’ websites. As such we advise caution while accessing content on them!

The story revolves around a young girl, Kozue, who aspires to become the best player in her school, in the nationals, and eventually, in the whole world.

With its psychological background in play, this anime about volleyball is a lot more than just a sports-centered drama that is sure to bring tears to your eyes.

As one of the oldest known volleyball anime ever made in Japan, this multi-episode documentary is based on the 1972 Munich Olympics.

This anime is a mix of live-action footage from the actual match, alternating with 2-D animated sequences. If you’re an old-timer looking to relive that iconic game, this is the one for you.

This anime begins with a demoralized volleyball team of girls, haunted by the death of one of their peers in a car accident.

The plot builds upon its revitalization as a third-year student, Mimi, decides to take on the job to establish the team again, and take the girls to the nationals.

The plot follows the life of a young girl, Yuu from the countryside who moves to Tokyo to live with her father and stepbrother.

She aspires to someday be a part of the Japanese national women’s team. But much to her dismay, her initial days in her junior school sports club are difficult as she copes with an extremely strict coach and an arrogant captain.

It follows the story of three mischievous boys who dream of gaining popularity among their female classmates.

Famously known as the triple idiots of the school, they establish a female club in hopes to achieve their goal.

A Kung-Fu champion joins the regressing national team of Japan and begins to help its captain, Ming, re-establish it, along with Yuu.

And so, the group of aspiring, athletic girls begins to work on becoming the best in the world.

This short video animation brings you an intriguing, slice-of-life story about a girl who is passionate about nothing else but volleyball.

She has been a great athlete since her junior school days. But when her high school begins, something halts her from showing off her true ability and pursuing her fathomless love for this sport.

The story shows the journey of a young boy, Hinata, who aspires to play on a court with his friends, one day.

As he gets enrolled into Karasuno, his interactions with the prodigal Kageyama, leave little to no space for you to sit back and relax.

The rollercoaster ride begins when the seniors join the picture and their willpower and abilities are put to test.

A spin-off of the previous series, this video animation follows the progress of Lev Haiba, a first-year student at Nekoma who aspires to become Nekoma’s ace.

Blessed with height and physique through his half-Russian heritage, the boy leaves everyone in awe. But as soon as he begins playing on the court, he learns that he still has a long way to go.

Another spin-off from Haikyuu!! that follows the adventures of Hinata and Kageyama after they fail their exams.

To make up for the retakes, they have to stay back while the rest of their team heads out to a training camp in Tokyo.

The third season of the greatest anime about volleyball brings us to a showdown between the reigning champions and our flightless crows.

Aspiring to regain its throne, Karasuno realizes that it isn’t easy to defeat the undefeated powerhouse led by the prodigal Ushijima.

This spin-off video animation of the Crunchyroll award-winning volleyball anime takes us on a ride throughout the Miyagi prefecture with the help of two journalists.

The star players in many areas are broadcasted as they train themselves for the upcoming championship.

This yet-to-be animated slice-of-life manga revolves around a young girl, Hayama who is made the advisor of the sports club against her will.

To free herself of this responsibility, she is assigned the task to recruit Kuze, a star volleyball player who refuses to play anymore.

Her world turns upside down once she catches him playing all alone.

This heart-warming, slice-of-life plot revolves around two cousins who are self-conscious of their heights.

The tall Haruka and the short Kanata eventually decide to form a sports club, instead.

This unusual spin-off from the famous josei manga takes us to the high school days of Taro and Hanako.

As a fellow volleyball team captain, he helps her improve her lousy play and they begin to spend time together. Soon, the flowers of romance begin to bloom.

This Crunchyroll award-winning volleyball anime series continues as our star characters begin their journey to the nationals.

Kageyama gets invited to an elite training camp while Tsukishima joins Miyagi’s summer camp. Getting no such invitation, Hinata takes it upon himself and decides to intrude into Shiratorizawa’s rookie training camp.

This special episode of Furudate’s masterpiece takes us on the spring inter-high tournament journey and we watch how the powerhouses; Fukurodani and Nekoma, make it to the nationals.

The continuation of Land vs Sky takes us back in time. It introduces the Nekoma captain in his first year and compares his immaturity in his younger days to the ever-powerful current champion that he is.

This volleyball anime isn’t as intense as Haikyuu in terms of plot strategy and focuses more on the characters’ individual and interpersonal relationships. Light-hearted yet gut-wrenching, it does have its fair share of fierce moments.

Following a young boy, Haijima, a basketball enthusiast, the story takes us back to his hometown where he reunites with an old friend and joins a volleyball club.

Haikyuu!! received yet another sidekick in 2020 in the form of a short series comprising ten 2-minute episodes.

This stop-motion animation features Karasuno in the form of puppets and follows them on their everyday ventures.

That concludes our Volleyball anime list. We wish that we could add more of them to this list but sadly, there aren’t any left. But hey, let’s not lose hope since the final season of Furudate’s masterpiece is possibly under production and set to be released next year.

Until then, make sure to complete watching all the big names on this list and become this genre’s ultimate fan.

Just like Monkey D. Luffy is to be the King of the Pirates, Roronoa Zoro has been destined for greatness since One Piece started. The...
Previous article
Fire Force Season 3: Here’s What You Should Know
Next article
One Punch Man Season 3 Confirmed: Release Date, Rumors, & More