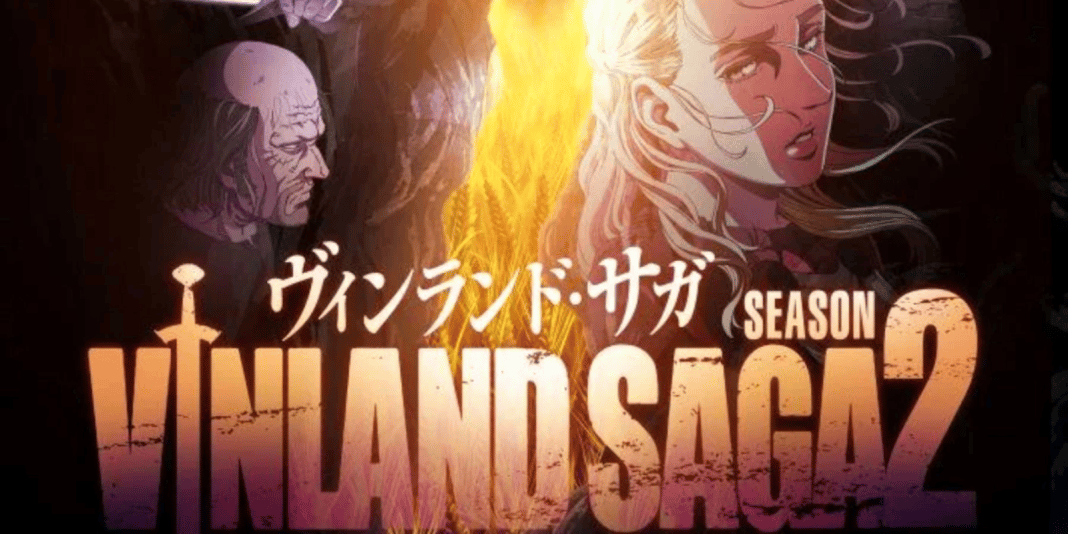 Vinland Saga Season 1 was primarily a well-known historical manga about a European legend that was serialized in 2005 and meticulously written and illustrated by Yukimura Makoto.

After years, in 2019, Wit Studio adapted it into an anime series and released its 1st  season with 24 episodes that gained huge success and popularity. However, the story is not finished yet.

For now, we’ll disclose the release date for Vinland Saga Season 2 and introduce some new characters coming with the new season.

Vinland Saga is an epic-historical anime series that features a vindictive story of a young boy named Thorfinn who was born in the era of war in the age of Vikings.

Thorfinn’s father was a great Viking warrior but was killed by their mercenary leader Askeladd, which made Thorfinn a determined revenger of his father’s death.

However, being a high spirit revenger is not enough to kill Askeladd as he is the leader of a band of 100 Vikings and is a highly competent fighter himself. Therefore, to get his father’s revenge without failure, Thorfinn is training hard to become a fearsome warrior.

Vinland Saga Season 1 was aired in 2019 with 24 episodes and it only covers the background and beginning of Thorfinn’s life story, with many surprising events and heart-tugging scenarios.

While much was left unresolved for fans, speculation surrounding Season 2 of Vinland Saga has been inevitable.

It was confirmed in a teaser, the first of many after, that Vinland Saga Season 2 may premiere in January 2023 and will be streaming on Amazon Prime Video in the US.

One of the creators of the anime (Abiru Takahiko) in April 2022 confirmed that the next season’s production is in progress and that everyone is working hard to serve the fans an incredible Season 2.

Though he did not reveal a specific release date for Vinland Saga Season 2, he did ask fans to be patient with them as they work hard on it.

The more interesting fact is that the anime has now been picked by MAPPA Studio, an outstanding Japanese anime production studio that animated Attack on Titans, Jujutsu Kaisen, Dororo, and other famous anime series.

Thorfinn is the protagonist of Vinland Saga, his character has been inspired by a historical figure named Thorfinn Karlsefni. He is a young warrior who is a Viking noble from his maternal side and inherited his father’s incredible physical strength.

Thorfinn is hellbent on killing Askeladd, the leader of the mercenaries who killed his father. However, in order to participate in these warrior duels, he must first work under the supervision of Askeladd and learn from him.

Because no matter how much he has learned from his father, his lack of experience and extra movement during fighting often lead to his defeat against competent rivals.

Askeladd’s Welsh mother gave him the name Lucius Artorius Castus, but when he worked for a blacksmith, he earned the moniker Askeladd, which means “covered in ash.”

Askeladd is a cunning, masterful, and manipulative man with undeniable charisma and exceptional leadership skills. He leads a small but mighty band of Viking warriors, including Thorfinn (protagonist.)

He is one of the series’ key antagonists, having accepted a contract from Floki to assassinate one of their strongest warriors, Thors, and become the most detestable person in Thorfinn’s life.

Canute is another main character of the storyline who was initially portrayed as a weak, timid, and fragile character with strong Christianity beliefs.

He was a laughingstock among the Vikings because of his soft and timid nature. Furthermore, Canute was unable to work without the assistance of his attendant, Ragnar.

However, we see immense character development during the show as Canute gets smarter, more powerful, and nobler, and sets his goal to build a utopia, conspiring against his father, King Sweyn, to become King himself.

Thors was the father of Thorfinn and is said to be the strongest Viking warrior the world has ever witnessed. However, what Thors desired was a peaceful life with his family, away from war and bloodshed.

Therefore, he moved to a distant village but was requested to return to the battlefield by his fellow Viking warriors. Regardless of his return, he was deceived by one of his companions, Floki, and killed by his fellow warriors with a volley of arrows.

As there will be a new arc in season 2, some new characters have also been confirmed.

Last But Not Least!

Vinland Saga is a reflection on the life of Vikings who were infamous for their sea raids in the 11th century. They were the seafaring people who raided and pirated parts of Europe centuries ago. If you want to dig deep into Vikings’ history, you should watch Netflix’s “Vikings.” Or dive into history.

And those who are eagerly awaiting the continuation of the story in Vinland Saga Season 2 should mark their calendars. Because, as the teaser suggests, January 2023 it is.

We will back you up with more on the series till then.