MangaSengoku One Piece - Who Is The Buddha Everyone Fears?

Sengoku One Piece – Who Is The Buddha Everyone Fears? 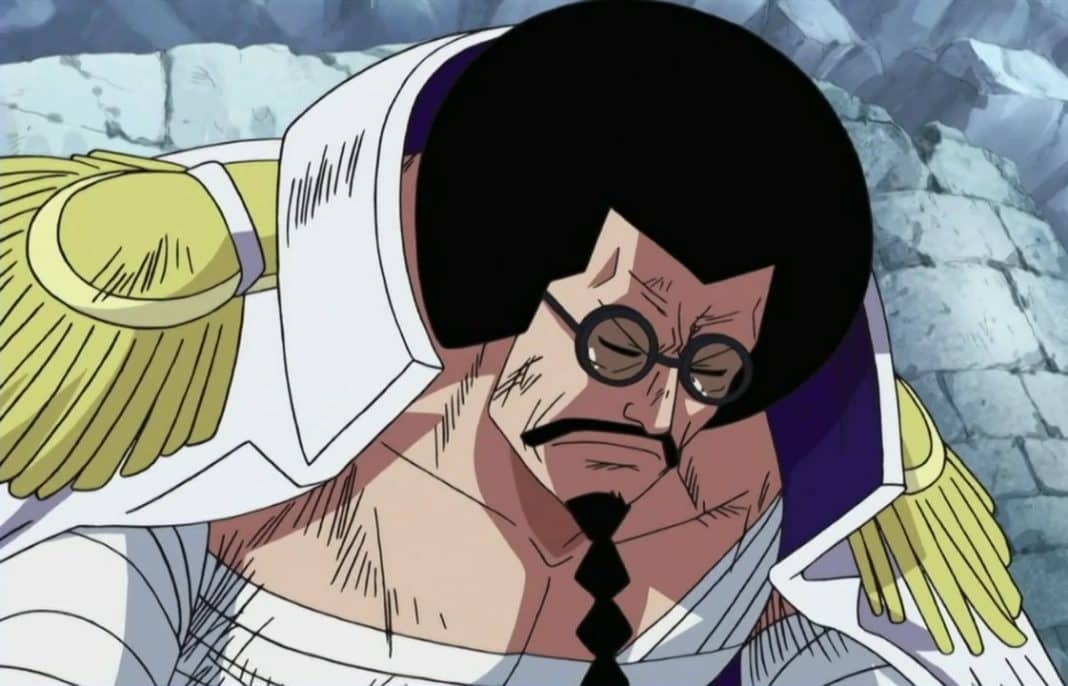 It’s been a long war between the two, full of great characters having legendary battles. As the Pirate King, Gol D. Roger ruled the seas, the Marines had their own legends to counter him.

Monkey D. Garp and Sengoku the Buddha were the two best pirate hunters at that time. While Garp had a disadvantage because of no Devil Fruit, Sengoku the Buddha had everything. And today, we are taking a closer look at everything that made him the strongest Marine ever.

Yes, Sengoku has been hailed by many as the strongest marine ever. Although some would say Garp is the strongest, Sengoku was the closest to Whitebeard’s strength and skill level.

Read on to find out who is Sengoku in One Piece and what makes him so powerful.

Who Is Sengoku in One Piece?

Sengoku the Buddha is a former Fleet Admiral in One Piece who was promoted to the position after Kong became the Commander In Chief of the World Government.

Sengoku is originally from South Blue, and just like Garp, Sengoku also joined the Marines when he was 23.

Sengoku is the only Inspector General in the One Piece Marines.

That speaks volumes about his importance to the Marines and the World Government. They couldn’t afford to lose such a powerful weapon, so they invented a special Rank just for Sengoku.

Let’s see why he’s so important to the Marines.

The first and most important thing that Sengoku brings to the Marines is experience. He’s been sailing the seas for decades, going toe-to-toe with Whitebeard. After countless battles, Sengoku has become a master tactician.

We saw a glimpse of his genius when he created chaos among the allied pirates when he spread the word about Ace’s execution.

Then there’s his insane physical prowess combined with the rarest of Devil Fruits.

Although he doesn’t fight much, it’s easy to guess his strength from the one scene where he holds Garp with one hand. After Akainu killed Ace, Garp tried to attack him, but Sengoku face-planted Garp into the ground.

And not to forget his Devil Fruit Hito Hito no Mi, using which Sengoku becomes a giant golden Buddha. His Devil Fruit is Zoan-type which also boosts his other skills like speed and physical strength.

We did get to see the golden Buddha in full flow during the Marineford War.

Sengoku can also generate golden shockwaves that can counter tremor shockwaves with ease.

And to top it all off are Sengoku’s Haki abilities. He’s the only Marine capable of using all three types of Haki.

And that should tell you why he’s so indispensable for the World Government.

Why Did Sengoku Retire From One Piece Marines?

After the Marineford War, also known as Paramount War, Sengoku asked Kong’s permission to retire from the Marines. Kong allows Sengoku to surrender his title of Fleet Admiral, but he requests Sengoku to stay in the Navy and teach the new generation of Marines.

Sengoku accepts the retirement offer and becomes the Inspector General of the Marines.

But why did he retire all of a sudden?

Sengoku was a follower of Reigning Justice from the beginning of his Marine career. He would blindly follow the World Government’s orders thinking everything they do is to bring justice. But, as he climbed through the ranks and saw how the World Government actually works, Sengoku’s beliefs took a hit.

He lost confidence in the Five Elders after certain incidents like the Ohara Buster Call and the Impel Down break-in. Sengoku also wasn’t a fan of the Seven Warlords of the Sea.

He always had his differences with the World Government, which all caught up to him after the Marineford War. Moreover, Sengoku thought the Marines needed fresh blood to fight the new generation of pirates, as all the old timers were gone.

And so, Sengoku retired as Fleet Admiral so that a new leader could bring new energy and direction to the Marines. Sengoku wanted Aokiji, also known as Kuzan, to become the next Fleet Admiral, but the World Government chose Akainu.

Is Sengoku Stronger Than Akainu?

Yes, Sengoku is stronger than Akainu.

The Former Fleet Admiral, Sengoku, had to face the Pirate King Gol D. Roger and the strongest man alive, Whitebeard. While fighting these two in their prime, Sengoku was able to hold his own on several occasions. Both the pirates held Sengoku in very high regard.

On the other hand, we have the current Fleet Admiral of One Piece Marines, Akainu.

There’s no denying that Akainu is a powerful man. You don’t become a favorite of the Five Elders if you aren’t strong. But, he’s still not on the level of Sengoku.

And this became clear when Whitebeard decimated Akainu and Marineford in a half-dead state.

But, we’ll never get a clear answer to this question as we might never see the two Fleet Admirals go head-to-head.

Sengoku in One Piece is a legend for the Marines. He might not be one of the main antagonists anymore, but maybe the upcoming war will force him out of retirement. We’d love that.