AnimeSakura Haruno: Let’s Talk About A Less-Talked About Naruto MC

Sakura Haruno: Let’s Talk About A Less-Talked About Naruto MC 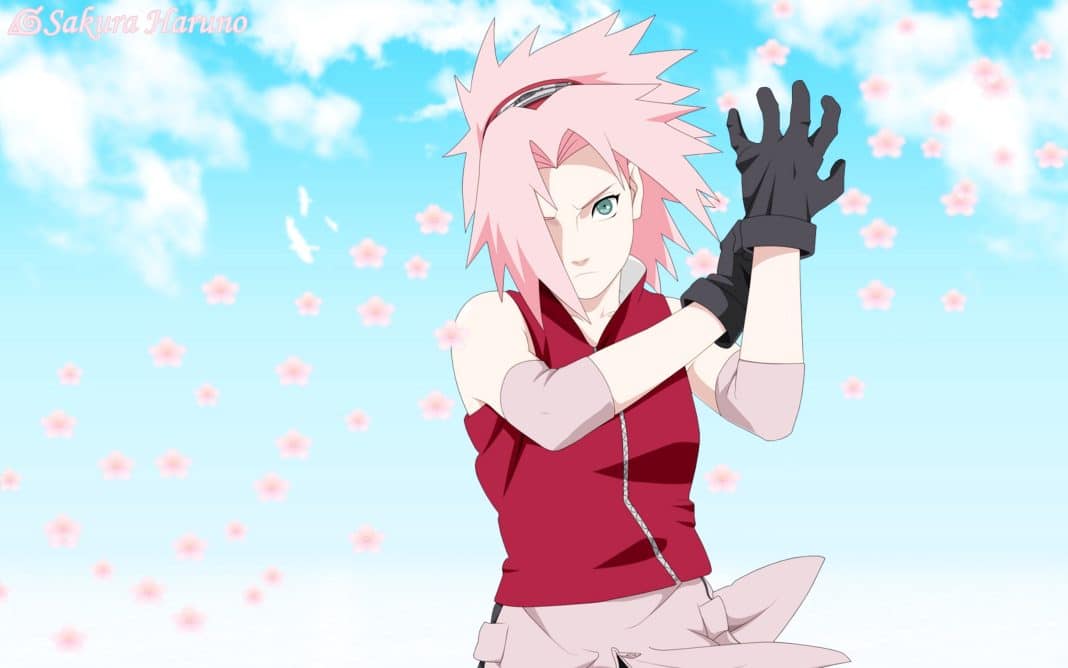 Naruto introduced us to some of the best anime characters during its 15-year-run. This is perhaps one of the few anime and manga series where secondary protagonists and supporting characters stole the limelight on several occasions.

The coolest sensei, Kakashi Hatake, and Naruto’s undermined love, Hinata Hyuga- are just a few examples of characters some fans love more than Naruto. Then there are the Uchiha brothers- Sasuke and Itachi.

But, other than these holier-than-thou Naruto characters, there are some underrated (borderline hated) characters as well.

Sakura Haruno is one of the protagonists of Naruto, but you’ll hardly see her on any popularity polls. It’s mainly because she’s a misunderstood character. Even Masashi Kishimoto doesn’t know why she gets so much hate.

Some fans see her as just a girl chasing her lifelong crush. Let’s take a look instead at the other side of the coin.

Who Is Sakura Haruno From Naruto?

The Life Of Sakura Haruno (UPDATED)

Sakura Haruno, later known as Sakura Uchiha, is 1 of the 3 protagonists of Naruto and Naruto: Shippuden.

She joins the Academy as a kunoichi and graduates with Naruto and Sasuke. After graduation, Naruto, Sakura, and Sasuke become Team 7 under the mentorship of Kakashi Hatake.

Sakura is in love with Sasuke, but she doesn’t like Naruto at all. On the other hand, Sasuke isn’t interested in Sakura, but Naruto is head over heels for her.

And this is where fans take problems with Sakura from Naruto. Based on this, some fans decided to reduce Sakura to a mindless love-chasing girl. But that’s far from the truth.

In the Japanese version of Naruto and Naruto: Shippuden, Sakura Haruno is voiced by Chie Nakamura, and her English voice actor is Kate Higgins.

Another reason fans seem to dislike Sakura Haruno is that she doesn’t have a sad backstory like their favorite characters.

Sakura is an only child, and her parents love her very much. She didn’t have any big tragedies to face like Naruto and Sasuke.

Sakura wasn’t a skilled fighter as a child, but she was good with books. So, she was capable of honing her skills and making it big. Getting bullied for her big forehead was the only problem Sakura had in her childhood.

When she joined the Konoha Academy, the other girls would make fun of her big, wide forehead. So, she started covering her forehead with bangs, but that didn’t stop the bullying.

Soon, another student from the Academy, Ino Yamanaka, helped Sakura overcome this insecurity. She helped her embrace the forehead by giving her a new hairstyle. Sakura and Ino soon became close friends.

The friendship didn’t last long either, and this is the only problematic thing about Sakura.

Although Ino was only helping her as a friend, Sakura took it as a favor. She felt as though she was in Ino’s shadow, and things got worse when she learned of Ino’s crush on Sasuke.

The closest of friends became sworn enemies, just for Sasuke. However, adult Sakura and Ino become friends again after Ino asks to learn med-ninjutsu from Sakura.

Sakura Haruno is one Naruto character who saw massive changes in her personality. The adult Sakura we see after her training with Tsunade is very different from the Sakura we see at the beginning of Naruto.

And the Naruto Shippuden Sakura Haruno is even more mature.

As a child, Sakura is self-conscious and highly insecure about her appearance. With help from Ino, her self-confidence increases, and she becomes more extroverted. However, she still represses her feelings in some scenarios. That’s when we see “Inner Sakura.”

Sometimes when Sakura can’t express her true feelings, she manifests them through Inner Sakura. But no one can see this manifestation.

It’s like a coping mechanism for Sakura, and it vanishes as she grows and learns to control and express her feelings openly.

Perhaps the best word to describe Sakura Haruno is Tsundere. She is warm and kind to others but can also be rude and short-tempered when angry. We see the worst of her whenever Sasuke insults her or Naruto annoys her.

When Naruto part 1 begins, Sakura is always running after Sasuke, trying to start a conversation. But when Naruto does the same to Sakura, she insults him. And when Sakura realizes that she is treating Naruto the same way Sasuke treats her, Sakura’s attitude towards Naruto changes.

In the end, Sakura Haruno becomes a wise and patient ninja, marries the love of her life, and takes care of her toddler all alone while Sasuke is on a mission. It all goes to show how strong Sakura really is and how much belief she has in Sasuke.

While struggling to get rid of Naruto’s persistent flirting and develop a relationship with Sasuke, Sakura realizes that her strength is not at the level of her teammates.

This is another reason why fans don’t like her too much.

During fights, she mostly relies on Naruto and Sasuke to bail her out because her taijutsu skills are shambolic.

However, this too changed after her 3-year training under Tsunade. By the end of her training period, Sakura’s attacks are strong enough to destroy buildings. Her raw power was labeled “monstrous strength.”

Ninjutsu wasn’t Sakura’s strong suit, but under Tsunade and Kakashi’s mentorship, she learned taijutsu and genjutsu. She became a master manipulator of her Chakra to the extent that she can nullify lethal attacks using her Chakra.

Tsunade also taught her the Strength of a Hundred Seal, allowing Sakura to perform techniques others find impossible.

Apart from this, Sakura can also perform the Summoning Technique. Just like Tsunade, Sakura can summon Katsuyu, the giant slug. She also knows Yin, Yang, Fire, Water, and Earth Release.

Her best technique has to be fuinjutsu, with which she can incapacitate the enemy’s body movements. However, her true power lies in medical ninjutsu.

Using her extraordinary Chakra manipulation, Sakura can heal lethal wounds, regenerate missing organs, and even bring back some people to life.

She once saved Naruto by manually pumping his heart. On another occasion, Sakura transferred her Chakra to Naruto to save his life again.

She can extract poison from the body and directly heal vital organs. Sakura has trained her body to heal itself, so she doesn’t have to stop during fights.

There’s a reason why Sakura lacked physical prowess at the start of Naruto.

She has above-average intelligence, which helped her pass Chunin Exams with flying colors. But because she was mostly reading books, she overlooked the physical aspect of being a ninja.

But, over time she developed enough physical strength to hold her own against some strong enemies. And using her smart instincts, Sakura can trick others stronger than her, lure them in, and finish them off.

Her extraordinary observation skills were the reason Sakura was teamed up with Naruto and Sasuke, two young ninjas focused only on defeating the enemy through raw power.

With Sakura in Team 7, she learned the necessary physical skills while Naruto and Sasuke adapted some of her wisdom.

That’s what made Team 7 the dream trio.

Is Sakura In Boruto: Naruto Next Generation?

Yes, Sakura is in Boruto: Naruto Next Generation. She is a supporting character in the sequel to Naruto: Shippuden.

In Boruto, Sakura is now a part of the Uchiha Clan after marrying Sasuke Uchiha. The two also have a daughter named Sarada Uchiha.

Sakura also finally becomes a Jonin in Boruto. She no longer needs support from others to protect herself or the Village.

Apart from becoming a wife and a mother, Sakura also became the best med-nin. So, Naruto appointed Sakura as the Head of the Medical Department.

She also opens a Mental Health clinic in Konoha together with Ino.

Sakura Haruno might not be the best character in Naruto, but she still is an important part of the Narutoverse. She definitely doesn’t deserve the hate she gets but to each his own. At least Sakura in Boruto is getting more love than Sakura from Naruto.

Extroverted, Intuitive, Thinking, and Prospecting. These are the traits of an ENTP person. We skimmed through the ENTP anime characters' personality database and ranked...
Previous article
All Tokyo Revengers Characters: Anime & Manga
Next article
40 Best Sakura Haruno Fanart Pieces Till Date