GamesPersona 5Persona 5: Kawakami Confidant - How to Max Out the Teacher

Persona 5: Kawakami Confidant – How to Max Out the Teacher 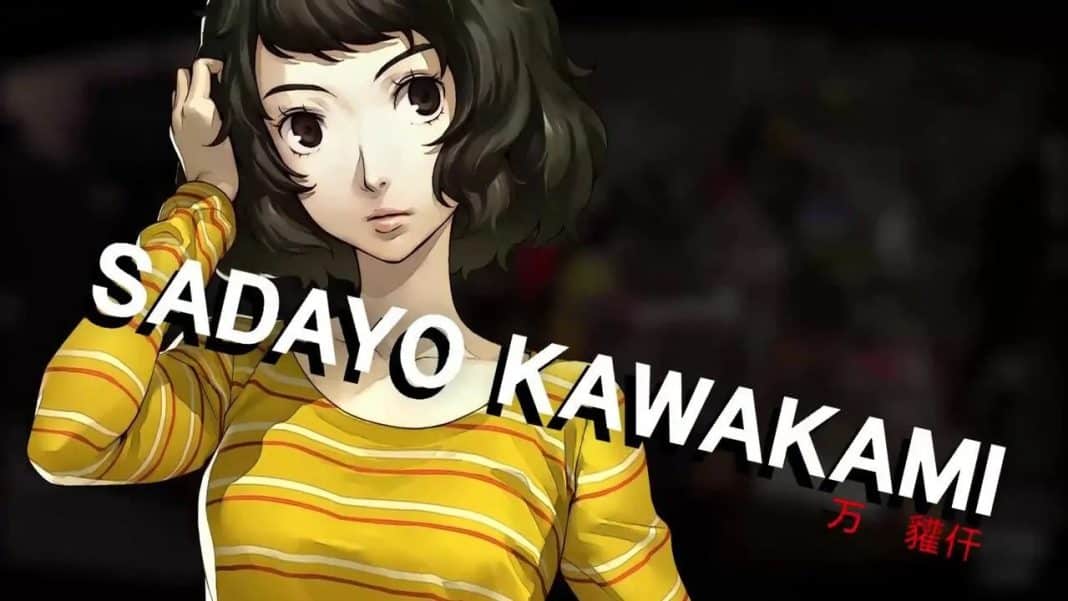 Sadayo Kawakami is the homeroom teacher who goes from hating the protagonist to potentially having a romantic relationship (if you play your cards right).

Yes, just like Persona 5 Kawakami Confidant, you can romance her in Persona 5 Royal too. But more on this later.

Kawakami Persona 5 Royal Confidant is one of the most prestigious Confidants. A single Ranking Event will cost you 5000 yen. Plus, you have until November 17 to max out Kawakami Confidant.

After that, she’s unavailable until January. One glance at her perks, you’ll know exactly why you can’t wait that long.

Let’s start the guide so you can begin the Confidant.

Before you can begin Kawakami Confidant, you have to take care of a couple of things.

Once you take care of these 3 things, you’ll meet Kawakami on the 2nd floor of Shujin Academy the day after completing Operation Maidwatch.

She’ll be standing by the Staff Room. There, she’ll share her phone number with you. Use the yellow phone back at Cafe LeBlanc to call her and begin her Confidant. Just make sure you have Rank 3 Guts though.

Kawakami is only available at night on Friday and Saturday. But if it’s raining, she’ll be available during the daytime as well. Also, look out for texts from Kawakami on Tuesday and Wednesday.

Now, let’s get down to business.

Here are all the rewarding dialogues MC has with Kawakami. Keep a Temperance persona with you during the Kawakami ranking events to get the most points. And choose the following answers.

Plus, we’ll also tell you how to woo the teacher.

Kawakami: It’ll be our little secret, just for Becky and Master, okay? Can you keep a secret?

Kawakami: But then, doesn’t it pain your heart to see such a cute maid all dirty?

Kawakami: You weren’t expecting to do anything weird with me, were you?

Kawakami: I really wanna do a lot more cleaning for you… Is that okay, Master?

Kawakami: The high-end cup noodles really do make a difference, don’t they?

Best Response: +2. Do some real cooking./Yeah, they do.

Kawakami: I heard they might even cut the teachers’ salaries… I’m so sick of it…

Kawakami: …Seriously, though. You’re still young, so you really need to eat properly…

Kawakami: But he said that he prioritizes ‘younger’ women!

Kawakami: I look pretty good as a maid, don’t I?

Best Response: +3. You need to love yourself.

Kawakami: You know you’re being used for money… and you still request me?

Kawakami: He threatened me… saying that I’d be dismissed if I continued to tutor Takase-kun.

Best Response: +2. How terrible…/So, did you stop?

Kawakami: There’s always this nice curry smell around the place. Do you get to eat that place’s curry every day?

Best Response: You want some?

Kawakami: Sorry… I need to take a break…

Best Response: +3. Are you all right?/You should go home.

Kawakami: If you neglect stuff like that, it makes you more likely to get sick.

Best Response: +2. How are you feeling, though?

Kawakami: I should be able to send it out tomorrow…

Kawakami: I guess transferring to our sister company is the only way…

Best Response: +3. Think this through more.

Kawakami: …So this is just what I have to do.

Best Response: +3. Is this really what you want?

Kawakami: That’s why I’m going to quit both my teaching job and my maid job… What do you think?

Best Response: +3. If that’s what you decided.

Kawakami: And that is my answer! …Well, what do you think?

Kawakami: But from now on, I’m going to protect you too. As your teacher, I will never betray you.

Kawakami: But I felt so stuck facing it alone. It’s thanks to you that I actually figured out what I need to do.

Once you achieve Rank 8 of Kawakami Confidant, she’ll request a side quest which you have to complete in order to unlock the Rank 9 event. Once you complete A Teacher Maid To Suffer, you’ll unlock Rank 9- the last paid ranking event in Kawakami Confidant.

Kawakami: I bet I’ll be an old woman by the time I achieve my dreams.

Kawakami: Today marks the day I graduate from being your maid.

Kawakami: Besides, won’t you be lonely? Hm?

Best Response: +2. Not really. OR I want to keep seeing you.

If you choose the latter, it unlocks the romance arc and you’ll get 2 more dialogues.

Kawakami: Giving someone the wrong idea… It’s a sinful act, you know?

Kawakami: This situation isn’t normal. I’m a teacher, and you’re my student, you know?

Kawakami: I need to work hard so I can make up for all the times I let my students down in the past.

Kawakami: I put up with the mess because you were my client, but you need to thoroughly clean in here!

Kawakami: A new path where I’ll never abandon any of my students…

Kawakami: A new path where I’ll never abandon any of my students…

Kawakami: I’ll obey them, you know… even though I’m no longer a maid.

And that’s it for our Kawakami Persona 5 Royal Confidant guide.

She’ll cost you a lot of money, but the teacher does have some much-needed perks. Moreover, you also unlock Ardha for fusion after maxing out Kawakami.

You can also gift Kawakami some expensive stuff to earn an extra boost.

Lastly, do check out our Persona 5 Royal Confidant guide to learn about all P5R Confidants.

Scorpio anime characters are passionate, intensive, and ferocious. They are perhaps some of the most mysterious characters compared to other zodiac signs. Scorpios can demonstrate...
Previous articleHow Tall Is Bruno Encanto? A Superhyped Side-Character
Next article31 Timeless Isekai Anime Of All Time [2022 Update]