By Shahzaib Manzoor
Updated On: September 1, 2022 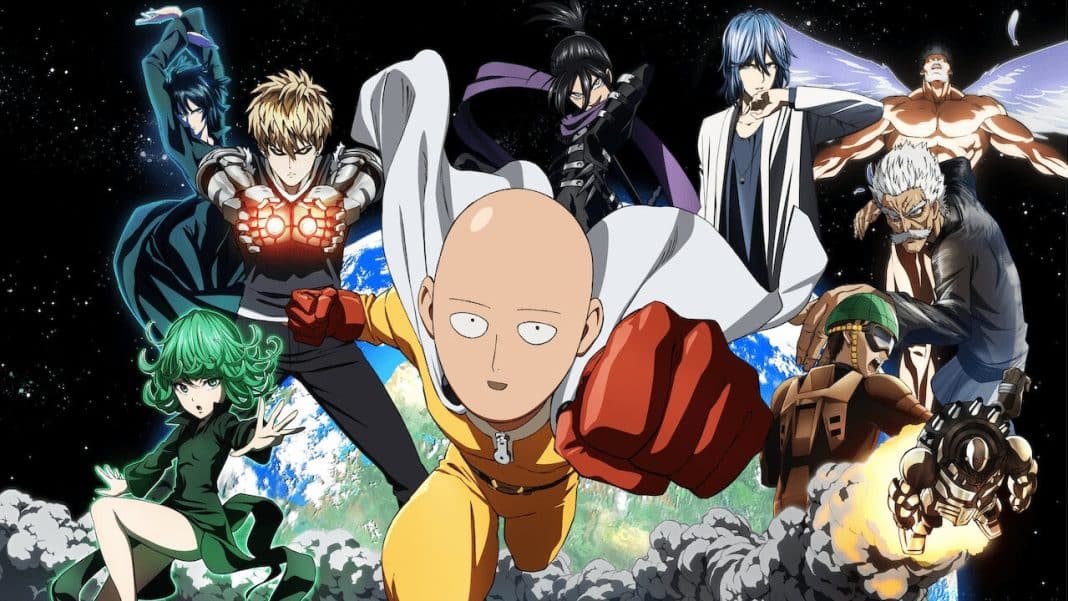 After a 4-year break, we did get the 2nd season of One Punch Man. But it didn’t feel as exciting as the 1st season. Few anime did better in Season 1 than OPM.

A change in storytelling didn’t sit well with the fans. And changing the animation studio didn’t work at all. Then there was the limited screen time for Saitama that really rubbed fans the wrong way.

But the plot saved face, to some extent.

Garou laying waste to the Hero Association brought us some of the best fights in OPM anime and laid the groundwork for a Monster worthy of fighting Saitama.

However, that was just a glimpse of what’s to come, and fans know that very well. That’s why when the 2nd season finished on July 2, 2019, fans were already asking for One Punch Man season 3.

And after a 3-year wait, we finally have some exciting news about OPM season 3.

But first, a closer look at the anime.

One Punch Man is the story of a man named Saitama who wanted to become a hero for fun. But his intense training made him OP- a single punch, and he can defeat pretty much everyone.

And ironically, the man who became a hero for fun now feels nothing but boredom because he’s too strong.

During the first season, we saw Saitama become a part of the Hero Association along with his protege Genos.

Saitama also met his strongest enemy yet when Lord Boros and his alien army attacked Earth. He put up a good fight, but Lord Boros stood no chance against the bald hero.

One Punch Man Season 2 was clearly a setup season. Unlike the first season which had several plots, the second one followed one basic premise- the rise of Garou.

Garou is one of the reasons fans are so eager for OPM season 3. The manga fans already know what he can do, and if you only watch the anime, you’re in for a treat when One Punch Man season 3 comes out.

We also met new Heroes as Saitama and Genos moved up the Hero Rankings. But there weren’t too many exciting things in the 2nd season.

Even the ending was dull compared to season 1. There was no enticing cliffhanger nor a story completion. The fans were left confused, and that’s why we deserve a 3rd season.

Will there be a Season 3 for One Punch Man?

Yes, there will be a season 3 for One Punch Man.

According to the official One Punch Man website, the production is already underway and we even have the first teaser poster for One Punch Man season 3, drawn by Osamu Kabuto, the character designer for the first 2 seasons.

And this poster pretty much confirms what the fans were expecting all along, Garou Vs. Saitama. So, after an underwhelming season 2, this teaser has fans hyped up for the new season of One Punch Man.

But do we have a release date?

When is One Punch Man Season 3 coming out?

No one knows. But it will.

Fans have plenty of questions about OPM season 3.

They want confirmation about the cast. Lots of fans are concerned about which studio is going to animate the 3rd season after the J.C. Staff debacle in the 2nd season. And most importantly everyone wants a One Punch Man season 3 release date.

But, the only information we’ve got so far is that One Punch Man season 3 is indeed happening, and it’s in production already. This announcement was made on August 18 on One Punch Man’s Twitter and the official website. Since then, both these platforms have gone dead silent.

Leakers on Twitter have been fueling the rumors saying OPM season 3 is expected to release in late 2022 or early 2023.

And as long as we don’t get an official communication, these rumors are our only hope.

Who Will Animate One Punch Man Season 3?

This is another big concern fans have about the One Punch Man new season.

Madhouse animated the One Punch Man season 1, and they knocked it out of the park yet again. For those who don’t know, Madhouse is the same studio that animated some of the most popular recent anime like Death Note and Hunter x Hunter.

But J.C. Staff, the studio that animated the second season, failed to live up to expectations, never mind improve on it.

And we sympathize with J.C. Staff. The original director, Shingo Natsume, and most of his crew got busy with other projects and dropped OPM. So Chikara Sakurai picked up the project and did the best they could within a short timeframe.

We’re sure that if they had more time, the results would have been different.

So, it would be interesting to see who gets the reins for One Punch Man season 3.

And now that it’s well established that there are worthy opponents for Saitama out there, the anime is only going to get more entertaining.

So, we hope OPM season 3 is worth the wait.

Just like Monkey D. Luffy is to be the King of the Pirates, Roronoa Zoro has been destined for greatness since One Piece started. The...
Previous article
20 Best Volleyball Anime and Spin-offs to Watch in 2022
Next article
All One Piece Characters We’ve Met In The Anime So Far