By Shahzaib Manzoor
Updated On: September 7, 2022 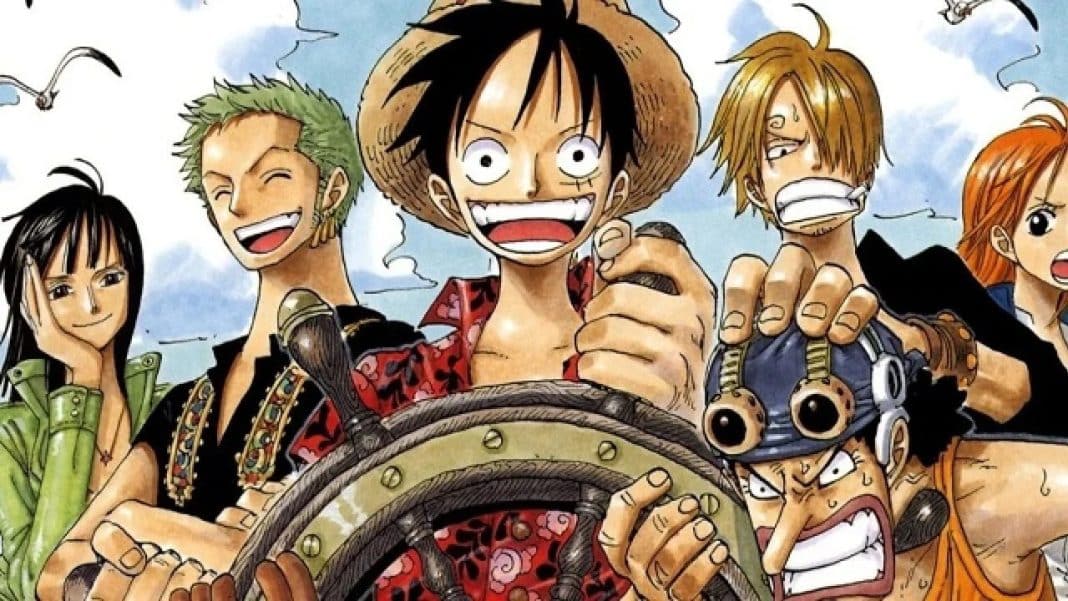 Eiichiro Oda’s month-long hiatus is over, and he’s back to the drawing board. And before the official release of One Piece Chapter 1054, we have the spoilers.

As we all know, Eiichiro announced after concluding Chapter 1053 that he’ll be taking a month-long break starting June 27 and ending on June 25.

Eiichiro said he’s “going to take a breather” because he wants to “reorganize the final arc” and finish the series as soon as possible.

Chapter 1054 seems to be the beginning of the end for the One Piece manga as Eiichiro labeled it “最終章,” which means “The Last Chapter.”

But what is going to happen after the exciting end of Chapter 1053?

Here are some authentic One Piece spoilers for Chapter 1054.

One Piece Spoiler on Twitter is the most credible source for One Piece spoilers in 2022. So, it was no surprise that they were the first to leak One Piece 1054 spoilers.

And there’s a lot happening straight away.

We are getting new Emperors, Devil Fruits, and some returning characters, along with some new ones, entering the New World. Here’s a closer look at One Piece Chapter 1054 and a summary of all the spoilers.

The first One Piece spoiler/leak about Chapter 1054 was the title- Flame Emperor.

Another spoiler reveals that Sabo is the Emperor of Flames and his abilities are quite similar to Ace’s attack with the Flare-Flare Devil Fruit.

Apparently, Sabo killed Nefertari Cobra of Arabasta, ViVi’s father. But there’s no proof that it was Sabo’s doing. Ever since the murder of her father, ViVi is also missing.

And while everyone is blaming him for the murder, Sabo and his army successfully rescue Bartholomew Kuma. Kuma was once an officer of the Revolutionary Army. Maybe we’ll see him reinstated to his previous post.

But it’s safe to say that One Piece Chapter 1054 belongs to Sabo. Marines are looking for Sabo and the Revolutionary Army. Sabo is now being compared to the legendary Monkey D. Dragon, Luffy and Sabo’s father.

Emperors of the Sea

Next up is the new Yonko in the Lead Color Spread.

After Luffy brought down Big Mom and Kaido, there are two spots open for the Sea Emperors. So, Luffy and Buggy are the 2 new Emperors, along with the veterans Blackbeard and Shanks.

Chapter 1054 will also reveal Ryokugyu’s Devil Fruit. It’s a Logia and is called Mori-Mori no Mi. This makes him one of the strongest characters of One Piece. The new admiral will also take on the Nine Red Scabbards.

During this battle, Kaido’s daughter Yamato will attack the admiral. After she lands a strong blow on his head, Momonosuke takes Yamato away from the admiral.

The real spine-tingler is the spoiler about Red Hair Shanks.

We’ll see Shanks and his crew on the shores of Wano Country waiting to join up with the newly crowned Yonko, Luffy. We also see a flashback of Shanks saving Luffy and spending time with him in the Foosha Village.

But, when he finds out Bartolomea is around, Shanks decides to finish him off first.

No, you didn’t read that wrong. Shanks and Bartolomea will fight. If you remember Chapter 875, you’ll know why these two are going at it. If you don’t, here’s why.

In Chapter 875, Bartolomea burned Shanks’ Flag in one of his territories and announced war.

So, before Shanks enters Wano Country and meets his protege, we might see him lay waste to the self-claimed Straw Hat Pirates super-fan.

The last spoiler about Shanks in Chapter 1053 tells us that he’s finally going for One Piece.

There are no more details about how he plans to do so or if he has found any Road Poneglyphs. Maybe he’ll work it out with Luffy. Looking at these spoilers, anything is possible now.

The chapter will end with Akainu meeting with a new character. We only find out his name Kurouma.

Maybe the next chapters will bring him into the light a bit more. For now, all we know is that he is the director of the Marine Criminal Investigation Service. And he’s investigating everything that went down at Reverie.

If these One Piece spoilers don’t get you excited about the Final Saga, nothing will.

A character from the first chapter suddenly makes a comeback and practically announces that he’s going for the biggest price of all. We truly are in the endgame now, and it’s starting to show.

Looks like that one-month break really did wonders for Oda.

Stay tuned for more One Piece spoilers as the manga is going to be in full flow from now on.

Just like Monkey D. Luffy is to be the King of the Pirates, Roronoa Zoro has been destined for greatness since One Piece started. The...
Previous article
10 Irresistible Libra Anime Characters, Ranked
Next article
30 Iconic Black Anime Characters Of All Time