MangaNaruto vs Goku: Who’s the Strongest of the Two?

Naruto vs Goku: Who’s the Strongest of the Two? 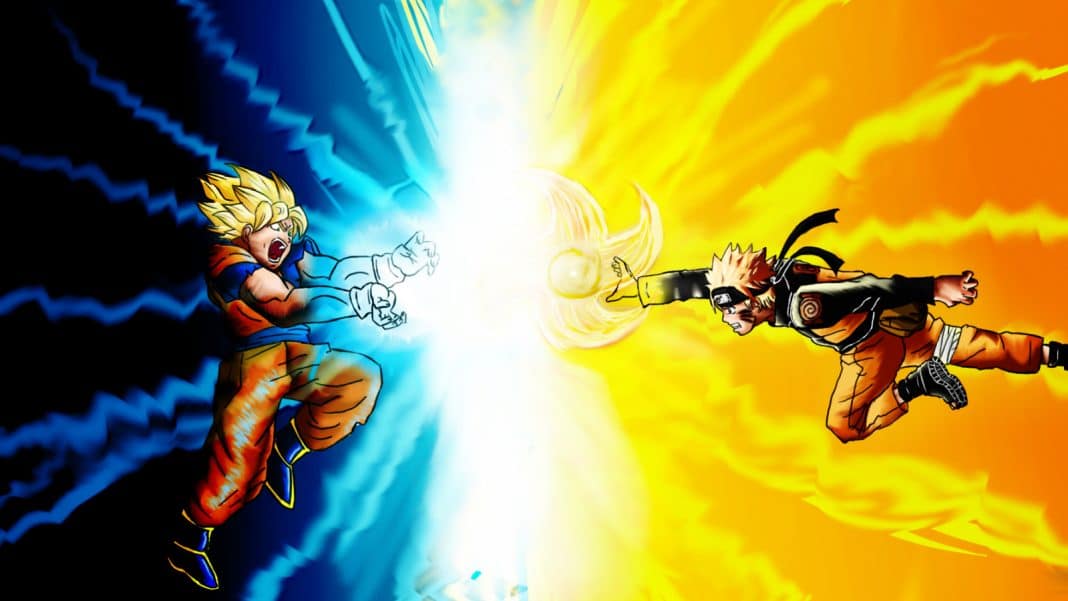 Naruto VS. Goku has been the topic of many debates since the dawn of time. It might be a ridiculous question to ask, but you can’t help wondering who’d win a fight between the two most recognizable Shounen MCs.

Today, we’re getting into the nitty gritty of Naruto VS. Goku; who is the strongest between the two?

Naruto has many abilities including healing, powered-up forms, ninjutsu, summons, and his shadow clones.

His most influential move would be the Rasengan.

His shadow clones are another influential move. He can create thousands of clones that all share his abilities, powers, and chakra. Chakra is distributed equally and clones can also transfer Kurama’s chakra as highlighted in the 4th Shinobi War.

Naruto also has multiple powered forms he can use for extended periods. His stamina is unparalleled when keeping a form active while fighting and coordinating shadow clones.

Naruto is a strong fighter but his biggest advantage is his mind. He can easily form a plan and execute it within seconds. He’s always faced stronger opponents and accommodates his weakness with sheer cunning.

Goku has a stacked arsenal of weapons he can dish out at any given time.

Instant transmission, Kamehameha’s, Spirit Bombs, and many martial arts techniques. The Kamehameha is his most used move which fires a concentrated blue energy beam.

When Goku transforms into a Super Saiyan, the Kamehameha increases in power as well. Goku has multiple variations of the Kamehameha and they’re all more powerful than the last.

Goku also has many different forms he can turn into; Kaiyoken, Super Saiyan 1,2,3,4, God, Blue, and Ultra Instinct. In terms of power and forms, Goku is comparable to a God.

He can destroy entire planets with a punch.

But he does have weaknesses. He usually underestimates his opponents and relies on instinct and raw strength without thinking. Then again, if you could destroy a planet with a punch, you wouldn’t need to think much, would you?

Goku is much stronger than Naruto. At his strongest fighting form, he could destroy Naruto with a single punch.

Goku is undeniably faster than Naruto. He can instantaneously transmit anywhere during a fight. It’s theorized that he’s as fast as the speed of light.

Naruto is a much better commander and tactical fighter. If fought strategically, Naruto could gain the upper hand in a fight with Goku.

Naruto has many moves to fit different scenarios. He also has Karuma and immense chakra reserves. If he wanted to, Naruto could unleash a move to destroy the planet.

Goku’s powered-up forms are much more powerful than Naruto’s. The power leaps from one form to the next are also substantial.

As fun as it is to speculate, Goku would be the victor in a Goku VS. Naruto battle.

Even if Naruto made a plan, Goku would break through anything and destroy him with a planet-ending move. It’s like comparing a wasp and a human.

Sure, Naruto’s sting might hurt, but in most cases, it wouldn’t kill Goku, he’d just swat him away. They’re on whole different scales of power, where Goku’s is astronomical and Naruto’s is worldly.

Goku is one of the strongest anime MCs around. And we think he’d win in a fight against Naruto. But what do you think?

Could Naruto win? Is there Any Anime MC capable of fighting Goku?

Just like Monkey D. Luffy is to be the King of the Pirates, Roronoa Zoro has been destined for greatness since One Piece started. The...
Previous article
50 Best Anime Girl with Glasses: All Meganekko in One Place
Next article
Naruto vs Sasuke (Friends or Enemies): Exploring the Rivalry