Where To Watch Mob Psycho Season 3? All Seasons Recapped! 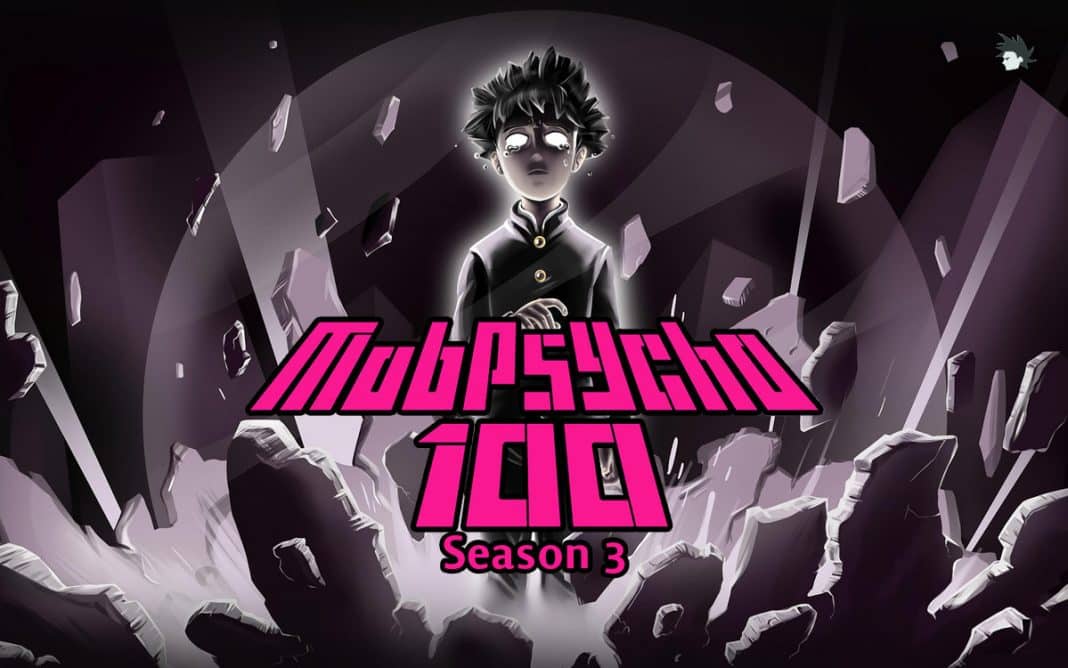 Mob Psycho 100 is a Japanese anime series adapted from the original work of Tomohiro, a legendary Manga artist known for his exemplary work in One Punch Man, and earned the nickname “ONE.”

However, Mob Psycho 100 is directed by Yuzuru Tachikawa and features action, comedy, and supernatural events with a glimpse of immense psychic powers in the series.

Until now, two seasons of Mob Psycho 100 have been released worldwide with 13 episodes in each season. And Mob Psycho Season 3 has started airing one episode every week.

In this blog today, we will go through the storyline of all the seasons of Mob Psycho 100 and will help you know where you can watch the upcoming episodes!

With season 3 of the anime series Mob Psycho 100 premiering in October, many fans may have forgotten where the story left off with Shigeo Kageyama in the previous seasons.

Because just after two seasons, the story of the anime has already become somewhat complicated; from body improvement club to enemies turning into friends. Therefore, to help you refresh your memory, we have provided a quick recap of both seasons of the series.

In the first season, Mob works part-time for the Spirits and Such Consultation office, run by the self-proclaimed exorcist Arataka Reigen. Mob handles the real exorcisms while Reigen handles the smooth talk.

However, Mob’s psychic abilities frequently get in the way of him fitting in with his fellow students at Salt Middle School. But Mob tries his best to fit in and join a Body improvement Club in the school.

In season 01, Mob also meets with rivals like Teruki Hanazawa, another esper at Black Vinegar Middle School, and enemies like Ekubo/Dimple, a member of the LOL cult, who eventually become friends.

The anime starts firing up when Mob’s younger brother Ritsu starts envying Mob’s psychic abilities. However, as the story uncovers, Ritsu discovers his own psychic powers and attempts to sever links with Mob, but things go wrong when he gets abducted by Claw, a malicious esper organization.

Mob and Teru, upon hearing the news, burst into Claw’s 7th Division hideout in an attempt to free his brother but find themselves caught by the same group. Eventually, the esper crew is rescued by Reigen, who convinces the guards that he is the leader of the Claw.

Not so soon, but when Reigen’s bluff is exposed, an all-out battle breaks out between Mob, his crew, and elite members of the Claw.

In the heat of battle, Reigen grabs Mob by the face and tells him it’s okay to back down while Ritsu and Teru are counting on him to kill everyone. At that point, Mob recalls his first meeting with Reigen, assuring him that he will master his abilities in the future.

From this nostalgic memory, Mob’s psychic abilities boost, transforming him from a normal human into a powerful psychic capable of keeping up with the Scars. In the end, Sho, the son of the leader of Claw destroys the 7th Division, and the arc concludes with Mob and his friends going back to their regular lives.

Mob Psycho 100 Season 02, when Mob goes head-to-head with the most powerful espers in the city, the experience leads him on a path of self-discovery. After some big exorcisms and a conflict with Reigen, Mob decides to run a marathon in the hopes of impressing his crush, Tsubomi.

However, the race ends with him finishing in the 74th position, heading home disheartened, only to find that his house is on fire. The esper, now at ??? %, enters the home and discovers three dead bodies. However, the very next moment Ekubo brings him back to reality by explaining to him that it’s all an illusion.

Later on, some espers inform them that Claw, led by Toichiro Suzuki, plans to launch an attack on the city and any esper who stands in their path. At the same time, while Mob is out cold from stress and exhaustion, Reigen reassures him that his family is probably fine.

After a while, it became clear that Sho was behind the illusion in an effort to incite some hatred toward Claw within the esper, Mob. However, Sho may be deceptive, but he’s on Ritsu’s side in trying to stop his father, Toichiro.

As soon as Mob falls asleep, Claw’s plans go into full force, and his friends do everything they can to prevent the disaster. And when Mob is fully awake, he makes his way up the Claw tower, where he eventually runs across Katsuya Serizawa, a powerful Claw Esper.

As they exchange psychic punches, Mob eventually calms him down by convincing him that Toichiro is just using him. However, Toichiro, the main antagonist, immediately engages with Mob in a telepathic battle.

When Toichiro’s abilities begin to spiral out of hand, Mob comes to terms with its defeat. Mob also shows compassion by sticking with Toichiro as he destroys himself, preventing the explosion from spreading in the city.

In the end, Mob survives the battle, and the next day he finds a giant piece of broccoli, which people named the Divine Tree due to its size and the fact that it was growing out of the debris. However, the origin of this big vegetable can be traced back to Mob, who was carrying broccoli seeds in his pocket.

The Mob Psycho 100 Season 3 trailer shows that the formidable esper is once again on a quest for self-discovery. Mob now has the stress of deciding what he wants to do with his life once he graduates from college.

He consults with Reigen to assist him in filling out his school’s career form. Reigen, on the other hand, encourages him to commit to working full-time in the office and stop fretting about his future.

In addition, the middle school mob, out of nowhere, has become the face of a new Psycho-helmet cult that worships the Divine Tree and, with 580,000 followers, is actively looking for people with supernatural abilities.

On the other hand, even when Toichiro Suzuki is imprisoned, there is still a potential threat to the city from within the Mob’s social circle. Because, in one scene from the trailer, Mob warns Ekubo’s ghost to “stop trying to be evil,” suggesting that the two will have a falling out during Season 3.

Also, Ekubo says he has “one and only command,” which may be a red flag that he’s hiding an ulterior motive.

Mob Psycho 100 – Season 03 Characters and Voices Behind Them!

Like much other anime series, Mob Psycho 100 is also released worldwide in two major languages, Japanese and English. So here is the list of all the characters and their voice-over artists making their debut in season 03 of the series.

Until now, 7 episodes of Mob Psycho Season 3 have been released with the next one scheduled to go up on Netflix on November 30, 2022.

And with every new episode of Mob Psycho Season 3, Mob and his classmates move closer to completing their graduation, but Tome’s inability to achieve her goal of becoming president of the telepathy club is making her sick.

Therefore, episode 07 was centered on Tome and her objective, while Mob and other psychics assisted her in accomplishing it. And with that, next week’s episode will pick up right where the last one left off.

If you have been enjoying watching Mob Psychic Season 03, we would recommend you discover some similar fun-packed anime series and add them to your anime watchlist!

Just like Monkey D. Luffy is to be the King of the Pirates, Roronoa Zoro has been destined for greatness since One Piece started. The...
Previous article
Tokyo Ravens Season 2: Released Date, Latest News & Updates
Next article
Highschool Of The Dead Season 2 – All You Need To Know