SeasonsMade In Abyss Season 2: Episodes, Watch Order & Where To Watch 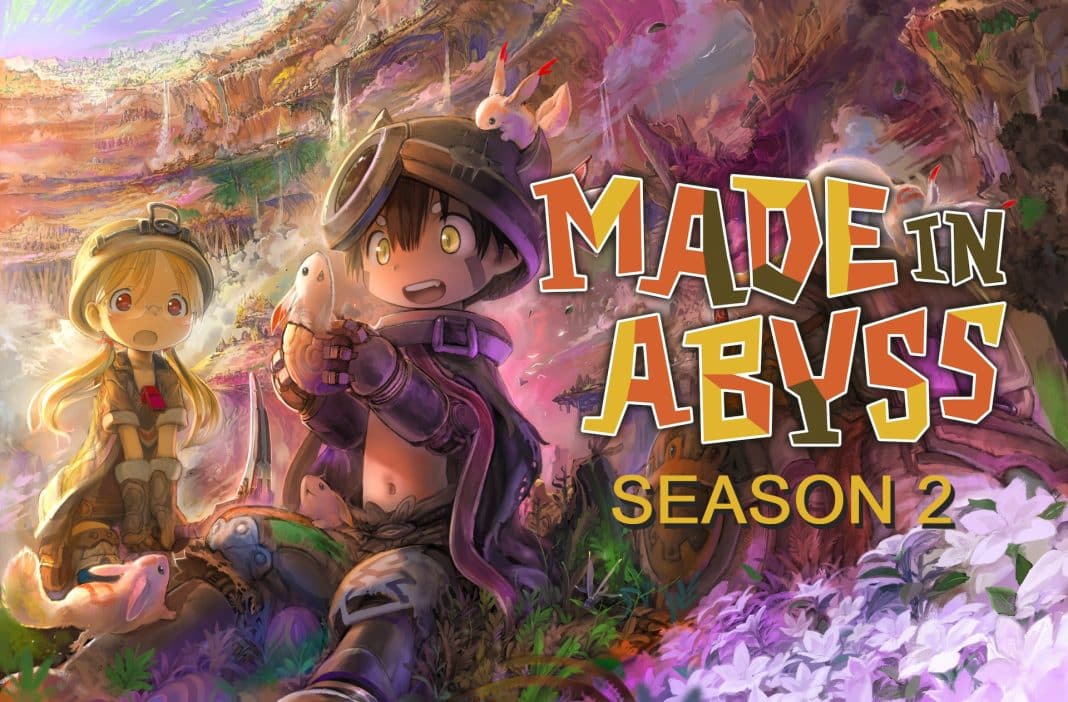 But before that, Kinema Citrus treated us to one of the best anime feature films, Made In Abyss: Dawn of the Deep Soul. Aside from the animation and storytelling, what made this anime film so great was the fact that it is actually canon to the anime series.

Riko, Reg, and Nanachi finally reach the 5th layer, and the film follows the 3 as they fight to go past Bondrews the Novel and reach the 6th Layer.

2 years after the film, and 5 years since the first season, we finally got Made In Abyss Season 2. And it was brutal, emotional, memorable, and more. In short, the perfect sequel to a cult anime.

So, here’s our closer look at the sequel. And a small guide on how and where to watch Made In Abyss Season 2.

Made in Abyss Season 2 – Official Trailer

Following the events after Made in Abyss: Dawn of the Deep Soul, Made in Abyss Season 2 follows Riko and the others into the 6th layer (Capital of the Unreturned) of the Abyss.

After the Idofront and Bondrewd saga, Riko and co. land in the Golden City. It’s inhabited by Hollows – weird creatures with humanoid behavior –  who are very welcoming to everyone.

However, as time passes, Riko and her friends start to unravel the horrors and secrets surrounding Hollows and their village.

And as we said earlier, the story gets gruesome at times with plenty of suspense and mystery at just about every corner. If you were hyped for Made in Abyss Season 2, know that it doesn’t disappoint.

Where To Watch Made In Abyss Season 2?

Made In Abyss Season 2 is not a typical anime that you can watch on Crunchyroll or Funimation for free. While Season 1 is available to watch on Amazon Prime Video and Adult Swim, Season 2 is a bit more exclusive right now.

And if you want to watch all 12 episodes of Made In Abyss Season 2, HiDive is your best bet.

You can sign up for $4.99 a month and watch Made In Abyss Season 2. However, you’ll have to make do with subs for now. Because English dubbing is far behind. In fact, Adult Swim only has the first 3 episodes right now, because Made In Abyss only started airing in English on November 6, 2022.

Since we know you are going to watch it, here’s the correct Made In Abyss Season 2 watch order.

After the confirmation, there was a lot of confusion about how many episodes will Made in Abyss Season 2 have. Well, now that it’s finished airing in Japan, we can confirm that it has 12 episodes.

Here’s the watch order and some extra wiki about every episode of Made In Abyss Season 2.

While Made In Abyss is done airing on Japanese TV (AT-X, Tokyo MX, TVA, SUN, etc.), the English version has only just begun.

Adult Swim is the only English network with an airing license, and judging by the release dates of the first 3 episodes, Season 2 will be a once-a-week feature. So, your next few Sundays are sorted if you’re following the series on Adult Swim.

Made In Abyss Season 2 is wrapped up, and it became one of the most popular anime of Summer 2022 in Japan. And by the end of 2022, everyone will be asking for a Season 3.

Looking at the global popularity and acclaim of the series, renewing Made In Abyss for a third season might just be the easiest decision their executives will make. However, there is another problem at hand, which will most definitely cause an unwanted and long delay.

See, Made In Abyss is based on a Japanese manga created by Akihito Tsukushi. The manga debuted in October 2012 and is still running. However, since 2012, Akihito has only put out 11 Volumes with a varying number of chapters per volume.

Out of these 11 Volumes, 10 have already been used in Season 1, the canon film (Made in Abyss: Dawn of the Deep Soul), and Season 2.

So, savor these 12 episodes of Made In Abyss Season 2 because, after that, it’s only “re-watch.”

While other fans waiting for the next season can turn to the manga, Made In Abyss fans don’t have that option either.

With that slightly upsetting news, we bring our Made In Abyss Season 2 watch guide to an end.

You can either wait and watch it on Adult Swim or just get over it in a day or two, thanks to HiDive Simulcast. Whatever you do, just prepare yourself for a rollercoaster of emotions.

In a generation where we have zombie movies, zombie games, zombie board games, zombie comics, and zombie books, the undead has never been more...
Previous article
Saga Of Tanya The Evil Season 2: What’s The Hold-Up?
Next article
One Piece Nami – The Backbone Of Straw Hat Pirates