AnimeLevi From Attack On Titan: Life of The Strongest Human Soldier

Levi From Attack On Titan: Life of The Strongest Human Soldier 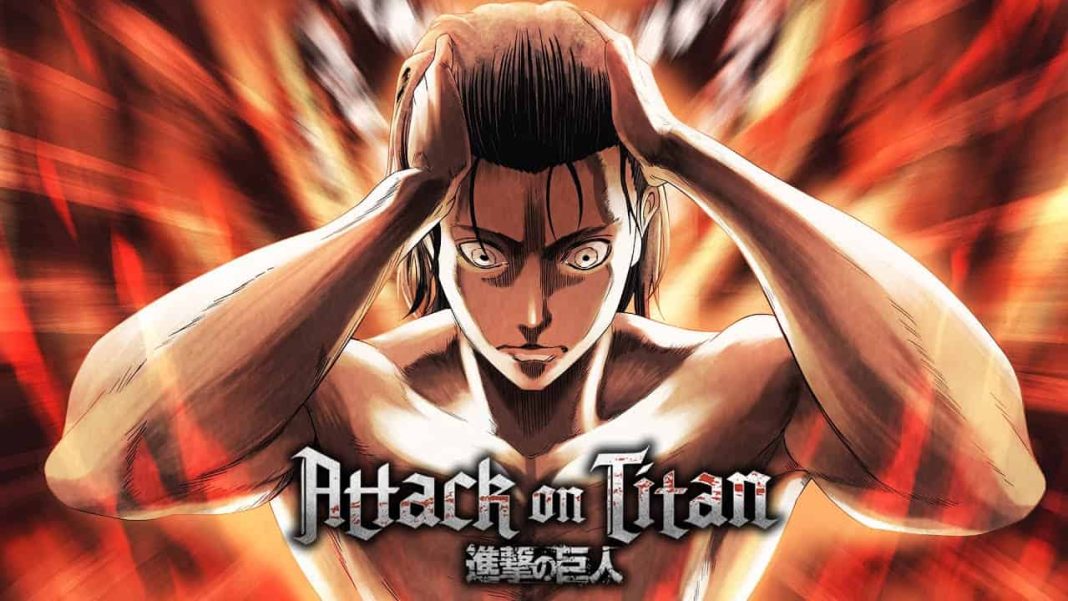 Attack On Titan is currently the second highest-rated anime on IMDb, with a 9.0/10 rating. But, for the fanatics, AOT is already the greatest anime of all time.

The plot isn’t dazzling, but it’s the storytelling that has gripped fans.

Hajime Isayama has kept it real. Usually, in a post-apocalyptic setting, we see the main characters become immortals. They just won’t die. In Attack On Titan, however, no one’s safe, and this is further emphasized as clouds of uncertainty float over Levi Ackerman’s future.

Humanity is faced with extinction as Titans are laying waste to any and every human settlement they can find. Amidst the chaos, the Survey Corps is putting up a fight as survivors join the Corps to fight the Titans.

Eren Yeager, a teenager who lost everything because of a Titan, joins the Survey Corps to exact vengeance.

Who is Levi Ackerman in AOT?

Mostly referred to as Captain Levi, Levi Ackerman is a Special Operations Squad Captain of the Survey Corps.

Levi is from the Underground and part of the Ackerman clan. His mother, Kuchel Ackerman, died when Levi was only a child.

After his mother’s death, Levi’s uncle, Kenny Ackerman, took care of him for several years. Eventually, when he thought Levi could look after himself, Kenny left Levi.

All alone in the Underground, Levi became a thug.

Not long after, a Titan kills Isabel and Furlan. After killing the Titan, Levi vows to become the best soldier in the Survey Corps.

Attack On Titan’s Levi Ackerman is the strongest soldier of humanity in the war against Titans. Let’s take a closer look at what skills and powers he possesses.

Captain Levi from Attack On Titan is one of the smartest and strongest characters in the series.

Levi’s uncle trained him well enough to survive the Underground on his own. And as the years passed, Levi mastered knife skills. He always ends up making the right decision in the heat of battle, and his strong body helps him enforce those decisions.

On top of this, Levi Ackerman has mastered the VME (vertical maneuvering equipment). Even with a relatively small stature, Levi is the best at using the equipment against the Titans.

He’s one of the few Survey Corps who doesn’t use Thunder Spears too much. Instead, he focuses on his unorthodox sword skills to chop-up Titans.

Being one of the Ackerman clan already puts Levi at a great advantage over other soldiers and Titans as well.

Fighting prowess aside, the skill which keeps Levi Ackerman always one step ahead is a secret power of the Ackerman clan.

It’s called “awakened power.” Because of this secret power, Captain Levi always knows what he has to do in any given situation. Kenny and Mikasa also had their own awakened powers.

Moreover, the Ackermans are immune to Titan’s memory wiping. It’s because they are no longer Eldians.

How Old Is Levi Ackerman?

Right now, Levi Ackerman is in his late 30s.

No one knows the year Levi was born, not even Isiyama- hence the vague answer.

We do know that Levi Ackerman was born on 25th December. And he’s a Capricorn, which explains many of Levi’s decisions.

Another notable thing about Levi is his birthplace.

Levi was born in the same district as Eren Yaeger– the Shiganshina District. This was the first district that the Titans destroyed.

After joining the Survey Corps, Levi reclaimed his hometown.

Attack On Titan Season 4 Part 1 finale saw one of the best battles of the series as Levi and Zeke went head-to-head. Levi managed to defeat and contain Zeke as expected, but a Thunder Spear proved Levi’s reckoning.

After defeating his comrades-turned-titans and capturing Zeke, Levi put a Thunder Spear through Zeke’s guts and created a detonating mechanism. A smart move to keep Zeke contained, but a dumb one at the same time.

The next we see of Levi is in AoT Season 4 Part 2, lying on the ground lifeless while Hange watches in horror. Hange even declared him dead, but Levi is alive.

Levi survives the explosion but loses a few fingers, is severely injured, and goes into a coma. He eventually wakes up, but Captain Levi is in pretty bad shape.

And that’s where the AoT Season 4 Part 1 anime left us hanging.

If you followed the manga, you know all too well what became of our beloved Levi. But for AoT anime fans, it’s still a mystery.

What Next For Captain Levi? Spoilers Ahead!

It’s well-established that Levi and Zeke both survived that Thunder Spear explosion. And with Ymir’s help, Zeke gets back to his best in no time.

On the other hand, Levi loses 2 fingers, gets several scars on his face, and even goes into a coma for some time. But after he learns of Eren’s plan to destroy the world, Levi gets ready for the final battle.

As Eren teams up with the Titans, Levi leads what’s left of the Eldians and Marleyan military.

The battle ends with Zeke the Beast Titan decapitated, Eren and his forces defeated, and Levi’s promise to Erwin fulfilled.

After the battle, Levi ends up in a wheelchair. But the strongest soldier lives up to his name and survives until the very end.

Does Levi Become a Titan?

No, Levi does not become a Titan, and neither is he capable of turning into one.

However, because of his Ackerman DNA, Levi can generate the Power of Titan in human form.
This is why Levi is the strongest of all the Survey Corps and the only human who can defeat the Beast Titan.

Without turning into a Titan, Levi has 89 solo kills. So, it’s clear that he doesn’t need to turn into a Titan to get things done. He’s strong enough on his own, with the secret “awakened power.”

Is There A Levi Anime Spin-Off?

There is no Attack On Titan spin-off focusing on Levi Ackerman, but Levi lovers did get a special treat.

Levi Ackerman is one of the most popular anime characters right now, and not just in the AOT realm. His popularity inspired a spin-off manga written by Gun Snark.

The manga is in its 8th chapter right now.

But the real treat is that the manga has already been made into 2 OVAs- Attack on Titan: No Regrets Part 1 & Part 2.

Both the OVAs, titled No Regrets, follow the story of Levi Ackerman and Eren Yaeger from a young age. We see how Levi became a gang leader in the Underground, his relationship with Kenny, and more.

We also see how Eren recruits Levi and convinces him to join the Survey Corps.

Although it’s a spin-off, it can still be classified as canon because it’s a prequel to the main story told by Isayama.

Besides, Levi Ackerman fans wouldn’t want to miss these 2 OVAs for the world.

Although the manga finished in April 2021, the Attack On Titan anime finale (Season 4 Part 3) won’t be here till 2023. So, it’s still a long wait for fans to find out how Isayama finished the story of Levi from Attack On Titan.

Extroverted, Intuitive, Thinking, and Prospecting. These are the traits of an ENTP person. We skimmed through the ENTP anime characters' personality database and ranked...
Previous article
Persona 5 Royal: Ichiko Ohya Confidant Guide
Next article
50+ Demon Slayer PFPs: The Best Collection of Demon Slayer PFPs Yet!