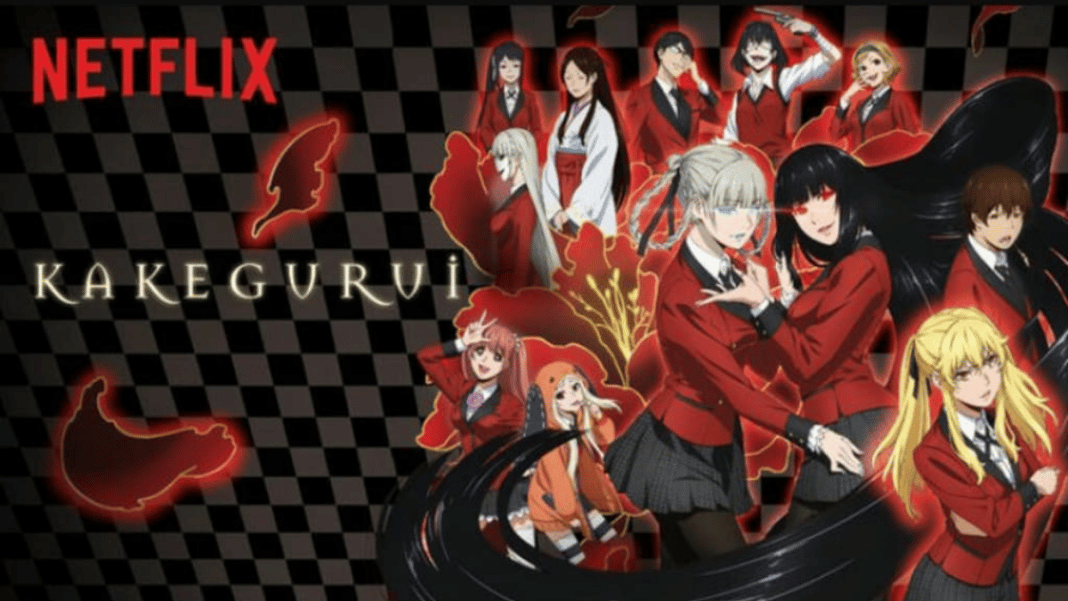 Kakegurui is a unique anime that’s been gaining popularity recently. Although it first came out in 2017, viewers kind of slept on it- until it came to Netflix in 2018.

Netflix is the only platform with the official streaming license, so Kakegurui is technically a Netflix Original.

The show is an adaptation of a Japanese manga titled Kakegurui: Compulsive Gambler, which has 95 chapters and counting. Out of those, the anime only adapted ~50 chapters across the 2 seasons.

With so much content available, and nearly 3 years since the end of season 2, fans are starting to ask questions about Kakegurui season 3.

So, is there any hope for the return of the teen gamblers? Here’s what we know.

Kakegurui is a gambling anime show about the wealthiest kids learning the most significant skill of all, reading your opponent.

At the Hyakkaou Private Academy, kids learn about gambling instead of studying a normal curriculum. Winners live like kings and queens, while losers have no place to crash.

But then comes Yumeko Jabami, and rattles the whole institute.

News about Kakegurui season 3 is scarce, but we do have some exciting news for the gambling fans.

A Kakegurui spin-off titled Kakegurui Twin will go live on Netflix on August 4. It’s a prequel to the original series and follows the story of Mary Saotome.

Will there be a 3rd Season of Kakegurui?

No one knows for sure.

The last episode of Kakegurui season 2 aired in March 2019, and it was a confusing ending, to say the least.

With the elections closing in, Yumenko’s mistake, and Kirari’s kindness, a lot happened in the last episode, and none of it was conclusive. And the only solution is Kakegurui season 3.

But it didn’t, and here’s a theory.

As we all now know, MAPPA (the production studio of Kakegurui) has been working on the Kakegurui Twin spin-off.

And while the studio was working on a spin-off, the original manga published plenty of chapters. So, it looks like the studio is waiting for source content from the manga.

That way the studio gets a bit more to play at while creating season 3.

So, even though there is no official Kakegurui season 3 news, we’re going to put it out there and say there will be a season 3 eventually.

Kakegurui Season 3 – What To Expect?

As you can guess from the ending of season 2, Kakegurui season 3 can go in multiple directions.

First and foremost is the canon arc from the manga that follows the elections. Kirari announces elections after vacating her seat. Yumeko has the most votes in the last episode, but the election games are not over just yet.

Then there is Rei Batsubami.

Rei is an anime-exclusive character and an absolute fan favorite. So, we wouldn’t be surprised to see Kakegurui season 3 go in a slightly different direction from the manga.

We could see a host of new anime-exclusive characters entering the institute.

If that happens, the studio will rid itself of the wait for new source content from the manga. However, the chances of this are low as it is easier for the studio to use manga.

We are also looking forward to the Momobami Sisters war.

In other words, Kakegurui season 3 has plenty of plots to go for. While some fans would only want canon manga, we hope they stick to this mix of canon and filler stories as it brings a new feel to the anime.

That said, we would watch Kakegurui season 3 regardless of what they do with the story.

There’s been no official communication from Netflix about the cancellation of Kakegurui. In fact, the first 2 seasons are still available to stream on Netflix. Moreover, Netflix doesn’t hide its cancellations.

Remember, Netflix canceled Daredevil, The Defenders, and other MCU shows and announced it almost a month in advance.

So, if Netflix had canceled Kakegurui, we would have known by now. And since Netflix will be streaming the Kakegurui spin-off series, we are pretty confident that the original will stay too.

Besides, Kakegurui isn’t Netflix’s to cancel.

It’s important to remember that Netflix didn’t produce or animate a single episode of Kakegurui.

Netflix only has the license to stream. And just because platforms like Crunchyroll and Funimation don’t have rights to distribute or stream Kakegurui, Netflix put the “Original” label on it.

MAPPA, the studio that animates Kakegurui, is the only one who can cancel Kakegurui’s upcoming seasons.

So, to sum it all up, Netflix can’t cancel Kakegurui, and MAPPA hasn’t done it yet.

In other words, Kakegurui season 3 is still very much on the cards– at least until MAPPA crushes our hopes for good.

Just like Monkey D. Luffy is to be the King of the Pirates, Roronoa Zoro has been destined for greatness since One Piece started. The...
Previous article
Rengoku Death: The Most Traumatic Moment In Demon Slayer
Next article
All One Piece Fillers: Arcs & Episodes That Don’t Matter