Anime30 Favorite ISTP Anime Characters You Should Know About

30 Favorite ISTP Anime Characters You Should Know About 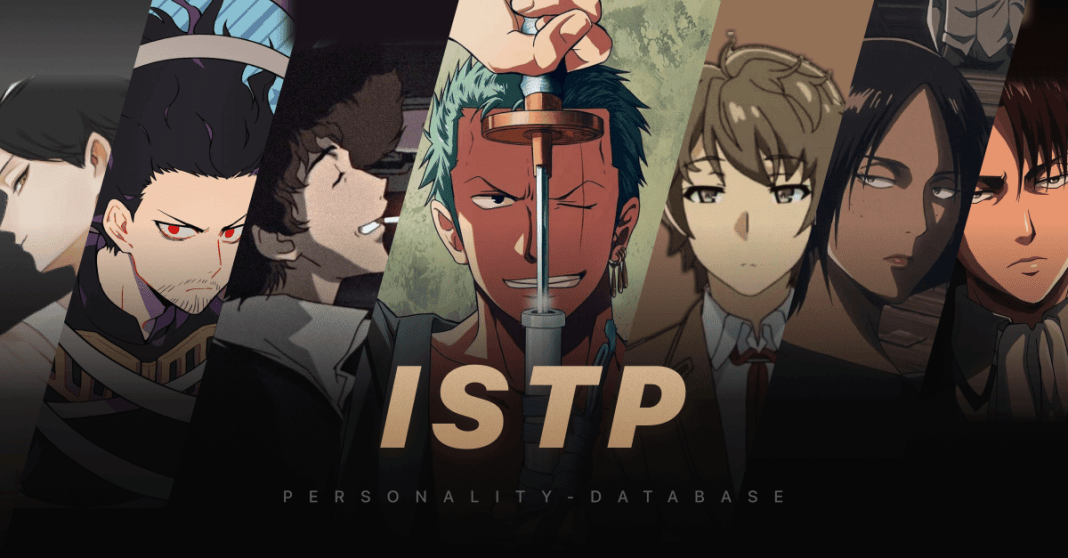 ISTP characters are known for being independent and resourceful. They are often depicted as strong, independent, and analytical individuals but prefer freedom and flexibility in their lives.

Their ability to rationalize is often very logical, but they are not interested in theories or conceptualizations that do not have practical uses.

ISTP characters are also bold and crave being in the midst of the action, which they find exhilarating. They are incredibly self-reliant and decide their destiny on their own.

So here in this blog, we will look over these 30 male and female ISTP anime characters and who played their role behind the screen!

30 Male and Female ISTP Anime Characters of All Time!

Hyakkimaru is the main character of Dororo who possesses demonic strength and fights demons to retrieve the body parts his father sold to them.

Shinei Nouzen is the commanding officer of the Eighty-Sixth Strike Package. With his telepathic ability, he can communicate with his clan members and hear the voices of the dead.

Killua Zoldyck is a hunter and assassin from the Zoldyck family who has spent years training with/against electricity and can now generate it from his body.

He is highly skilled in close combat and is also the very first and best friend of Gon Freecss, the series MC.

Piccolo is legendary. He is a Namekian, willful, competitive, and mighty serious. He trained Gohan, Gotenks, Trunks, and Goku too till SSJ3.

Kyoko Jiro, also known as “ Earphone Jack” is s a U.A. High School student with the quirk to hear light or diminish sounds and vibrations from his earphones.

Due to her quirk, her body is designed in a way that allows her to do such supersonic tasks and use them against her opponents.

Ritsuka Uenoyama is a skilled guitarist and high school student who also enjoys composing music. Although Uenoyama is reserved, he looks to be more talkative with his girlfriend, Mafuyu.

Akiko is a physician and a smart woman with rare healing power. Despite her cold exterior, she has a profound affection for people.

Kazuto Kirigaya, also known as Kirito in his avatar, is one of the MCs in Sword Art Online. His outstanding ability to wield two swords at once greatly benefits him in battle.

Kogami is a Division 01 investigator with a background in kickboxing and wrestling. Instead of using his top-notch skills, he uses risky and action-based approaches to solve the cases.

Mail Jeevas, also known as Matt, is Mello’s assistant and third smartest child at Wammy’s House. He contributes to Mello’s investigation into the Kira case using his technical skills.

Suna is a middle-blocker on the volleyball team of Inarizaki High School. He is not as lively as his other teammates but is one of the strongest among them.

Keishin Ukai is a coach of the Karasuno High School volleyball club known as “Fallen Champions” and “The Flightless Crows.” He trained them over the seasons and pressed them to play in the Tokyo Nationals.

Jotaro Kujo, the protagonist of Jojo’s Bizarre Adventure, is a delinquent with the stand of star platinum, which grants him superhuman strength, senses, and power.

Gray is an even-tempered character of Fairy Tail and is the rival of the protagonist, Natsu Dragneel. He is in the same team as Natsu with the magical power “Ice-Make” which allows him to create ice and use it for attack and defense.

Shizuo is the short-tempered, powerful and nondescript character of Durarara. He is defined as a beast who is the perfect match for the series’s villains, such as Izaya Orihara and Simon Brezhnev.

In his childhood, Ishida was a violent and playful boy who used to bully the deaf protagonist, Nishimiya. However, after some traumatic experiences, he realized his wrongs and befriended Nishimiya in high school.

Son Hak is a calm, loyal wise-cracking friend of Princess Yona and a general of the Wind Tribe. He is also the most skilled spear fighter in the country and proficient in swords and archery.

Taro Kabakura is a side character of the series who plays the role of a husband to Hanako. Though he enjoys bishoujo anime in his spare time, Taro is a sincere person who takes his profession seriously.

Saitama is a B-class hero and the master of Genos, an S-class hero. He is the country’s strongest yet dumbest hero, killing the sea king and high-ranking monsters with a single punch!

Toya Todoroki (villain name: Dabi) is a powerful member of the League of Villains. He appears to be a weirdo but has the power to create destructive blue flames from his body.

Zabuza was a rogue ninja of the hidden mist village and a wielder of the famous sword, Kubikiribocho. He was a mentor to Haku who sacrificed his life to save Zabuza in a fight with Kakashi.

Asuma Sarutobi was a son of the 3rd Hokage, Hiruzen Saruboti, and a team leader of Ino-Shika-Cho. He was killed by a member of Akatsuki and reanimated in the 4th Great Ninja war.

Shikadai is a central member of the Ino-Shika-Cho team of the last generation. Like his father, Shikamaru, he is calm, intelligent, and has a strategic mind with sharp analytical skills.

Shikaku Nara was a Jonin rank ninja of Hidden Leaf Village and the strategist of Konoha with S class intelligence who died in the 4th Great Ninja War by ten-tails.

Aiza is a teacher at the UA Academy and a pro hero famous as “Eraserhead.” With his quirk, he can remove the quirk of his opponents and make them surrender without confronting them.

Yami Sukehiro is the captain of black bulls, a squad of magic knight’s. Unlike Asta, Yami uses dark magic and has the most excellent spell, “Dark Cloaked Dimension Slash: Equinox.”

Ymir was a Survey Corps member who could transform into a short-height Jaw Titan. As she was one of the competent warriors, she knew a lot about the background of the titans and what lies beyond the Walls surrounding the country.

Annie Leonhart was among the four titans who infiltrated Shiganshina District, breached Wall Maria, killed the parents of Eren Yeager, and destroyed their city. She was a competent warrior and the only female titan of the anime series.

Levi Ackerman is also known as “humanity’s strongest soldier” who killed +200 titans in his career and is now a captain of the survey corps.

Roronoa Zoro, also known as “Pirate Hunter” Zoro, is second to none in Straw Hat Pirates and aspires to become the strongest swordsman in the world.