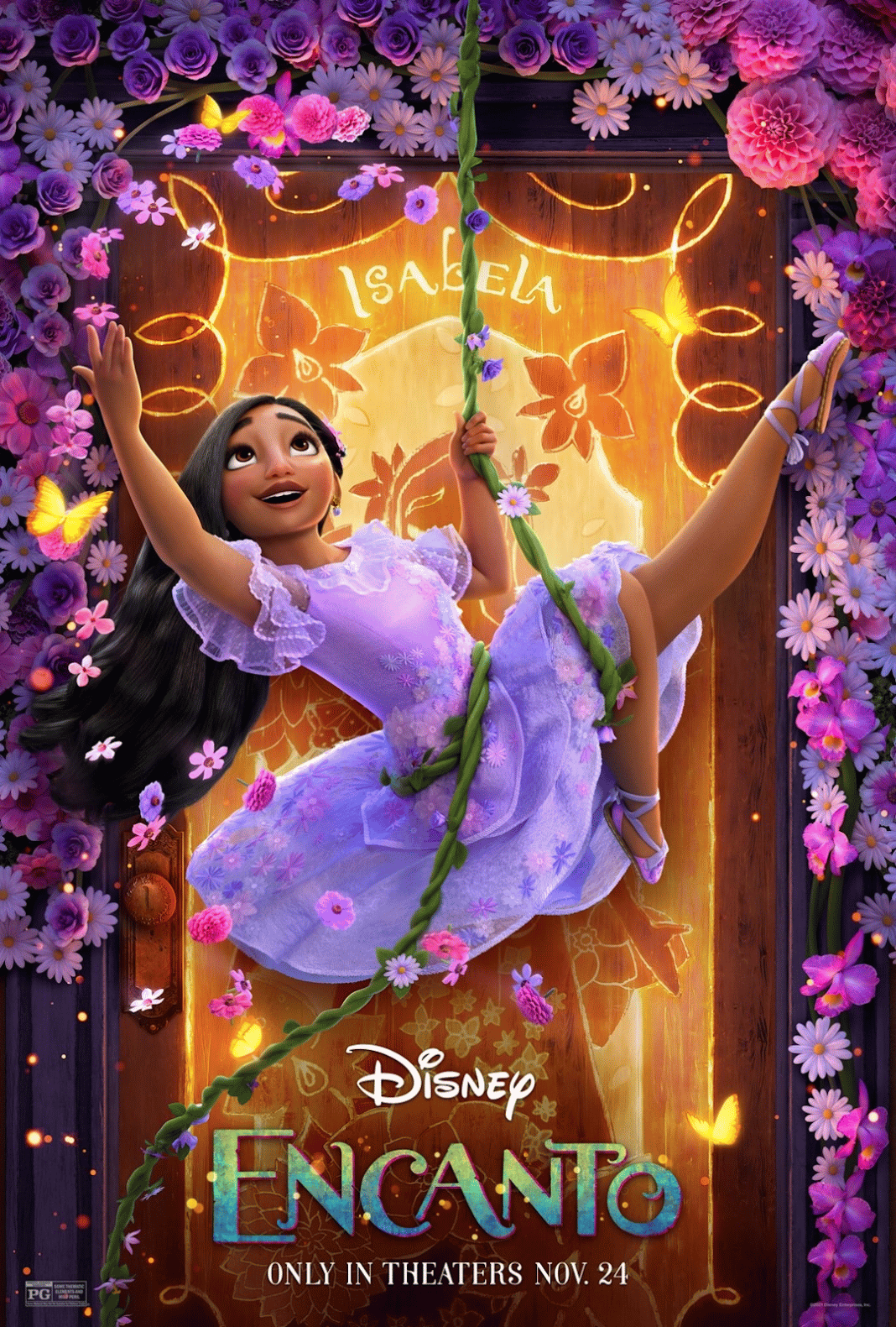 Encanto is undoubtedly one of the most captivating and amusing Disney movies yet, with a twist of magic, dance, and cinematic animations. After Frozen, Encanto is the 2nd most favorite movie produced by Walt Disney with a 93% audience score.

It is stated that Encanto is connected to Moana and showcases Columbian culture after the civil war. The film depicts how the Columbians escaped from the war and started living in the mountains.

Maui from Moana and Camilo from Encanto both have an uncanny resemblance to each other’s characters (shapeshifting). Though it’s easy to overlook the reference, it’s more significant than you might think.

Isabela Madrigal and The Story of Encanto

The movie revolves around a magical candle that bestows its power on the members of the Madrigal family, allowing them to do the extraordinary.

The power is awarded on the 5th birthday when every child unlocks a magical door and receives a gift that grants them exceptional magical abilities.

However, the movie’s main character, Mirabel Madrigal, didn’t receive her gift on her birthday and became the only Madrigal without magical powers.

But Isabela Madrigal, the family’s golden child, has great potential for magic and outperforms the main character Mirabel in almost every aspect. She is as famous as Bruno and Antonio and plays a key role in Encanto.

People who watched the movie were impressed by her exceptional charm and the beautiful dresses she wore in the movie. If you are among them, come along and learn about her character, magical powers, and how she outperformed the main character.

Isabela Madrigal is the first grandchild born in the Madrigal family and is therefore loved by all the family members, especially Alma Madrigal.

Not in the movie alone, but thousands of fans adored Isabel on social media. She is one of Disney’s best characters in a while.

Apart from her fame, she is the elder sister to Luisa and Mirabel and is 22 years old. Being the first and eldest daughter of Julieta and Agustín, Isabela is the center of the family and tries her best to live up to their expectations.

Isabela is one of the family members who met Bruno before leaving the house and let him foresee her future. In his vision of Isabel, Bruno saw her growing up and living the life of her dreams.

Isabel was also the key to saving the family from the destruction of their home and the loss of their magic. Based on Bruno’s last vision, Isabel needed to make room in her heart for Mirabel and allow her to hug her.

The Floral Magic of Isabela – Chlorokinesis

Isabela received her magic gift on her 5th birthday, called Chlorokinesis, which allows her to create and bloom flowers of her choice. For many years, Isabela grew only vines and decorative flowers like roses while striving for perfection.

However, after re-discovering herself, she realized she could grow many different types of plants and flowers including beautiful, wild, and toxic ones.

Isabela also has great control over her magic; she can conjure up any plant she desires.

Thanks to her captivating magic and charming smile, people call her the “Golden Child,” while her sister Mirabel titled her Señorita Perfecta!

Isabela is an endearing young girl with a gentle character. She is adored by the residents of Encanto for her charm, compassion, and immense magical ability.

But what made Isabela more special was her princessly, spell-binding dress! Yeah, that’s amazingly beautiful.

Isabela wears a lavender-pink silk dress covered with ruffles and decorated with May flowers, symbolizing Isabela’s gift. The Colombian national flower, the Orchid, is also embroidered around her neckline, with ribbons knotted around her ankles.

However, after understanding her true identity and new powers, she stains her skirt in a rainbow of colors – perhaps the most beautiful of animation scenes in the history of anime.

Despite Mirabel (and Antonio if fan theories are to be believed) saving the day, we loved Isabella Madrigal and want to see more of her bounteous magical powers soon!

Extroverted, Intuitive, Thinking, and Prospecting. These are the traits of an ENTP person. We skimmed through the ENTP anime characters' personality database and ranked...
Previous article
Antonio Madrigal: The Youngest Madrigal & Fan’s Theory Around Him
Next article
Persona 5 Royal: Hifumi Togo Confidant Guide