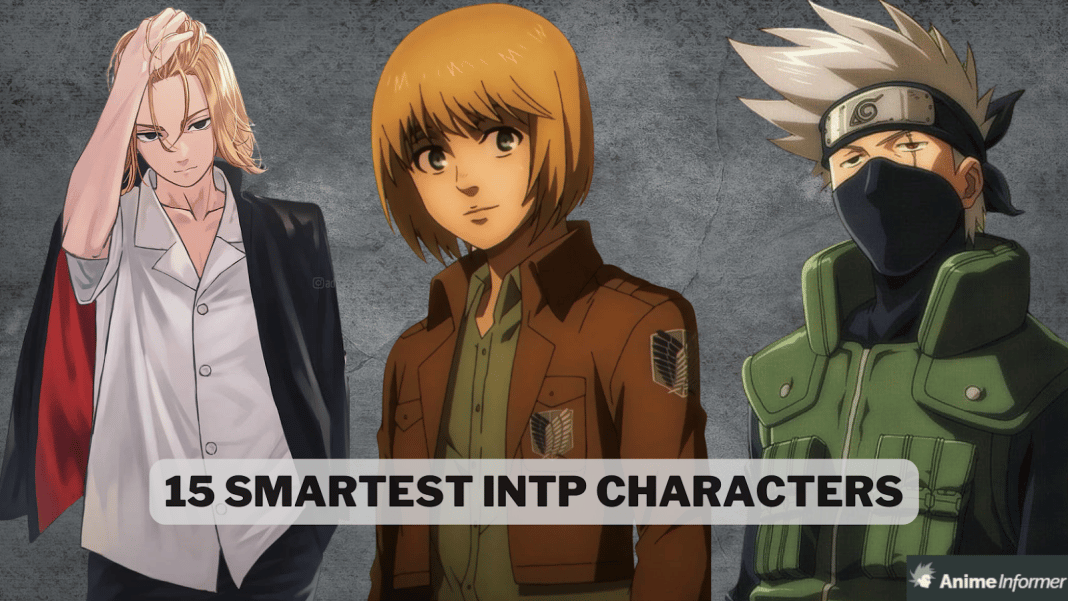 The Myers-Briggs Type Indicator categorizes some personalities as INTP, which stands for “Introverted, Intuitive, Thinker and Perceiver.” They are reserved and prefer to take in all the information before deciding how to act.

These types of anime characters develop into savvy strategists who can keep their cool under fire. In addition, they are rational and imaginative individuals who want to work independently.

And at last, these anime characters typically become important figures in their particular series, and many of them become fan favorites. So in this blog, we will enlist 15 INTP characters who have stolen the show and got a massive following!

Killua Zoldyck is a formidable assassin of the Zoldyck family and a full-fledged hunter of the Hunter-x-Hunter anime series. Although Gon Freecss is the main character, Killua is more widely known for his killer attitude and ultimate move, “Godspeed.”

Killua, like an INTP, thinks logically and double-checks his actions for logical flaws before doing them. So, he’s both competent and knows when to attack and how.

On the other hand, it is hard for him to accept the unpredictable and benevolent nature of his friend, Gon Freecss. Killlua may be socially awkward, but he tries to get to know people and support them in his own way.

Armin Arlert may not be the strongest man on the battlefield, but his guts to face challenges and strategic mind more than makes up for his lack of muscle.

Armin intends to make the world a better place and uses forethought to achieve this goal. Therefore, he constantly looks for ways to maximize happiness while minimizing casualties.

Armin is not only brilliant at strategizing with the data at his disposal but also at assessing situations with incomplete information. Moreover, Armin is one of the most competent INTP characters and the master of inference.

Shouta Aizawa, also known as Eraser Head is one of the smartest INTP characters and a homeroom teacher of class 1-A at U.A. High School.

Aizawa is an excellent example of why teaching is an ideal profession for an INTP. For him, reason and logic take precedence over anything else.

Even though he puts his students through hell at times, his tough-love approach to teaching pays off. Moreover, Aizawa is a Pro Hero with a Quirk to neutralize his opponents’ abilities with a simple glare.

There are many people who are put off by honest people, and Asui from My Hero Academia is a prime example. The girl speaks her mind and does not sugarcoat anything.

In a time of chaos, Asui keeps her cool, and her priority is always finding the most reasonable solution to any crisis.

Being “the wiser one” is a role she mastered and embodies every INTP trait in her character. And in a cast of overly dramatic characters, Asui is a breath of fresh air for being so steady and level-headed.

Toge Inumaki is a key supporting character in Jujutsu Kaisen who carries the Inumaki clan’s “Snake & Fangs” seal on his tongue and both sides of his mouth. The voice generated with these seals is why his cursed speech forces cursed spirits to obey his command.

Moreover, Toge is the type of friend who would drop everything to assist a fellow companion in distress. He also remains calm under pressure and often steals the show by arriving at the crucial moment to save his friends and allies.

It’s no surprise that one of the most intelligent INTPs with telepathic abilities is Saiki from the Disastrous Life of Saiki K anime.

Saiki’s superior intelligence is the reason for his world-weary ego; no interest in the outside world. Unlike his classmates, he is not interested in learning anything and instead just wants a safe haven to relax in.

Despite being a telepath, he is a responsible character in the series who assists with housework, saves money for shopping, and sacrifices his desires for others.

Tomura Shigaraki, from My Hero Academia is a prime example of a wicked and twisted INTP anime MC.

To start with, when he first discovered his quirk, Tomura killed his parents and the entire family in childhood due to his long-standing irritation and hatred towards them.

After this incident, no one but “All For One,” the most terrific villain adopted Tomura and raised him for his own good. Tomura is now an exceptional and cynical character who will go to any length to defeat “All Might,” and make himself ruler of the world.

All Might vs All For One Full Fight English Dub

Notwithstanding his unfriendly attitude, Naofumi is still a part of our INTP collection. And he is an excellent example of how cognitive types can be sympathetic; they are more likely to convey it via actions than words.

Naofumi is a realist about life and is oblivious to basics, like love and romance. However, he takes such good care of his “slaves” that they often wonder if he is actually their master.

Kakashi Hatake is one of the best ninjas in Konoha and is renowned as a “Copy Ninja” because of his ability to mimic any Jutsu he sees.

Taking his intelligence into account, Kakashi can easily take up a leadership role but opts for freedom instead.

His analytical side shows through the way he makes decisions based on logic alone, regardless of the impact on others’ feelings. Kakashi, as he develops, learns to balance his more sensitive side with his emphasis on teamwork.

When compared to the other INTP anime characters, Gowther’s expressionless face is not any less impressive than the others. As a doll brought to life by magic, Gowther speaks straight and doesn’t hold back his words and emotions.

He’s a rational thinker who puts a lot of effort into exploring the nature of friendship. His hunger for knowledge and his speculative, inquisitive nature makes him an ideal friend for any INTP.

Mikey may come off as gregarious and carefree, but he actually runs the show for the Tokyo Manji Gang and is pretty well-appreciated too.

Mikey’s power resides in the fact that neither his friends nor his foes ever know what his weaknesses are.

As an INTP, Mikey is a rational thinker who enjoys solving problems and keeps learning about the world around him.

Sai was a member of the Anbu force and had to become a heartless Shinobi. However, he abandoned the force after Danzo’s death and is now a Ninja of Hidden leaf village.

Sai may seem reserved at first, but he never fails to say what has to be spoken when it matters. Like socialization is challenging for INTPs, it is difficult for Sai to let his guard down, but still, his friends are very important to him.

Zeke Yeager, Eren Yeager’s half-brother, is a risk-taker and sharpshooter with a penchant for doing things his own way. He is quick on his feet, clever, and able to devise solutions on the fly.

Like Zeke Yeager, characters with the INTP personality type are not hesitant to speak their minds, even if it means disagreeing with the higher-ups.

To the point of going against the norm if necessary, Zeke Yeager’s INTP mentality is a large part of what makes him such a fascinating and multifaceted protagonist.

Shikamaru Nara is a highly intelligent and lazy INTP character in our list who spends his time watching the clouds or sleeping anytime. He is not interested in making a difference in the world like other Millennials of his generation were and was constantly avoiding responsibility.

Even though he’s somewhat of a wimp, he truly valued his friendships. Shikamaru is also a rare individual in terms of intelligence. He’s one of the brightest minds in Konoha who always comes up with novel approaches to old problems.

Senkuu, the protagonist of Dr. Stone, is a brilliant and resourceful chemist who not only overcomes his shortcomings with his intelligence but his power lies in his ability to create anything given the right materials.

Senku’s insatiable curiosity compels him to develop novel approaches to old problems. He’s an INTP role model since he’s grounded and assured in his intelligence.

From Armin to Kakashi to Killua and Senku, these are the most intelligent INTP anime characters in the animeverse. If they are given a problem, I believe Shikamaru and Kakashi will provide us with the finest solution.

Do you feel the same or do you disagree? Who will you vote for? Let us know in the comments!

Extroverted, Intuitive, Thinking, and Prospecting. These are the traits of an ENTP person. We skimmed through the ENTP anime characters' personality database and ranked...
Previous article
40+ Manga PFP: Curated Manga Girl & Boy PFP | Free Downloads
Next article
Sengoku One Piece – Who Is The Buddha Everyone Fears?