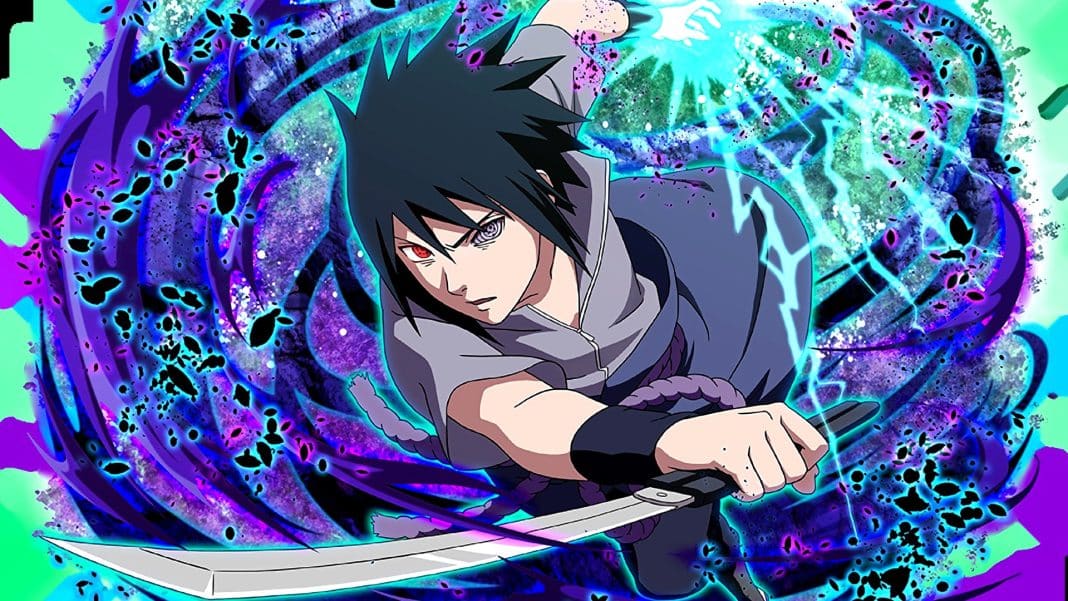 INTJ is the third-most rarest personality trait. INTJ characters tend to be curious, quick-witted, and independent. Due to their rational mindset and creative outlook they are often referred to as Architects.

Meruem is the ant king and is not like any other villain from Hunter X Hunter. He is aloof, cold-hearted, and doesn’t discriminate between foe or ally as long as they don’t step on him.

He is patient in his approach and took his own sweet time to expand his empire. His subordinates fear him and have faith in his leadership. In spite of his immense power, he seemed to enjoy a mere board game where his intellect was challenged.

The chimera ant king wanted to rule the world and had complete confidence in his own abilities. He reasoned with logic and never gave in to human emotions.

Unlike other INTJ characters who are generally cold and ruthless, Shinobu seems quite polite and timid. In reality that is a facade to conceal her fierce and mischievous demeanor.

She is always seeking out new experiences to sharpen her skills. Her strategies have helped her in battling demons and thinking ahead of her opponents.

She is one of the best female INTJ anime characters around and pretty strong too.

Viewers got their first glimpse of the revered Byakugan from Neji Hyuga. Who apparently was branded by his own clan. In spite of such treatment, he mastered the Byakugan.

He was the captain of team Guy and was the best strategist on his team. He was an introvert and kept to himself. He would lay spillproof plans for his team so that they can get past their opponents with the least resistance.

During the Fourth Great Ninja war, Neji knew how important Naruto’s and Hinata’s roles were, and sacrificed himself without a second’s hesitation.

Piccolo is from Namek. When he was first introduced to the series he was an antagonist and later joined hands with Goku.

If Goku is the muscle Piccolo is definitely the brains. He pays attention to his surroundings and analyses his opponents’ moves to figure out the best way to defeat them.

He generally keeps to himself and doesn’t think twice before laying his life for his friends, which he often had to.

Kiriya is the only son of Kagaya Ubuyashiki and the leader of the Demon Slayer corps. Growing up he was quiet, calm, and emotionally detached.

When his father, mother, and sister died, he stepped up as the leader of the Demon Slayer corps. And he was a competent leader, orchestrating various strategies to kill demons.

When some of the Demon Corps members were killed, it broke Kiriya. He was shaken and was unable to give orders. He felt responsible for the death of his fellow comrades. Kanata slapped him and forced him to snap out of it. He quickly regained his composure and started planning their attacks with renewed zest and to the expected effect!

Silverfang is ranked 3rd in the list of S-class heroes. Even though he appears to be old he is jacked to the bones. He is a master of martial arts and prefers brains over brawn.

When aliens attacked city Z and all superheroes were trying to smash their way to defeat the enemies, Silverfang paid attention and figured out the flaw in their attacks to ridiculously efficient effect.

He is a great leader and teaches the younger generation in his dojo.

That means even though he is fixated on his goal, in case his strategies don’t bear fruit, he would learn from his mistakes and improvise. That’s exactly what happened when Shikamaru failed to save Asuma sensei from Hidan.

After his sensei’s death, he went underground and strategized the perfect plan and single-handedly defeated the immortal Hidan. He even showed nerves of steel during the fourth great Ninja war in spite of losing his father during the battle.

Shoto is the eldest son of Endeavour. But from an emotional standpoint, he is way different from his father. He is calm and doesn’t take decisions on a whim.

He evaluates his opponents and analyzes them so that he can think ahead of them. He is a true architect and an excellent strategist.

All his actions are derived from logic, that’s why most people find him cold. Actually, he suppresses his emotions so that his opponents can’t find a dent in him.

Even though nobody approved of Danzo’s ways, he always took drastic measures to save the Hidden Leaf Village from any harm. It was he who orchestrated the massacre of the Uchiha clan when he came to know about their coup d’état.

He was the mastermind who appointed Itachi to do their killing so that Hidden Leaf’s reputation doesn’t tarnish.

He went to extreme lengths and took Orochimaru’s help to embed Sharingan eyes in his body in order to perform the Izanagi genjutsu. If you ask me about an INTJ anime character who took things to the precipice, then it’s got to be Danzo.

Kurapika is one of the best strategists in Huter X Hunter. He is determined and always fixated on his goal. While appearing for the Hunter exam he kept his cool, no matter how provocating his opponents were.

He analyzes every battle situation and tries to find the most efficient way out of a tight spot. I feel Gon learned a lot from Kurapika during the Hunter exam.

After becoming a Hunter he didn’t let his status get to his head and started working on his future goals right away. Tight-lipped, composed and focused, that’s Kurapika for you.

Orochimaru has a simple goal. He wants to learn all the Jutsu there is. Even if it’s a forbidden Jutsu and requires sacrificing human lives, Orochimaru has to know. That’s why he is a true INFT character.

Even though was one of the legendary Sannins he experimented with Hashirama Senju’s cells on many villagers to help him master the forbidden Jutsus. He is aggressive in his approach and can go to extreme lengths to get what he wants.

He is a brilliant strategist and knows how to weaken his opponents by playing tricky mind games with them. He was even part of the Akatsuki before he left them to pursue goals of his own.

Chisaki wants to overthrow the Quirks so that the Yakuza can reclaim their position. He is quite analytical in his approach and always focuses on the bigger picture.

He is devoid of emotions and describes people as pawns in a battle. He just wants to get the job done and doesn’t care much about the collateral damage.

He analyzes situations minutely and improvises whenever necessary. Cunning, antisocial, and immensely ambitious, that’s Chisaki for you.

Sensui was a child prodigy who had immense control and a huge reserve of spirit power. That’s why he was recruited as the spirit detective at a very young age.

During his job, he witnessed the cruelty rendered toward demons by humans which broke him and split his personality. Later he renounced his title and dedicated his life to open the gates between the demon and human world.

He had a clear vision in his mind and nobody had the audacity to stand in his way. Even the Spirit World Special Defense force was useless. He was far ahead in his plan and nobody had the faintest clue of what he was up to. Quiet, calm, merciless, and precise. What more do you expect from an INTJ antagonist?

Sasuke is a complex character. He is hot-heated, headstrong, and possesses both Sharingan and Rinnegan. He is a gifted ninja, his strategic abilities are commendable.

He knew that he wasn’t strong enough to avenge his brother Itachi for massacring the Uchiha clan. Well aware of the dangers, he shook hands with Orochimaru and trained under him so that he could kill his brother when the time came.

When he mastered his abilities, he no longer had any need for Orochimaru and defeated him without any hesitation. He has tunnel vision and will do anything to get what he wants.

If you ask me, Near has got to be the best example of an INTJ anime character. He is one of the successors of L and helped in catching Kira.

He looks childing which doesn’t suit his profile, but in reality, he treats every case as a puzzle. He is observant, and analytical and considers every possibility before jumping to a conclusion.

Near is ambidextrous and can multitask to a level that is beyond the capability of a normal human. He loves playing with various toys and often uses them to reenact any event.

Unlike L he is devoid of emotions and relies on logic to find the perpetrators. That’s what makes him one of the greatest detectives in the world.

Near sees things in black and white, making him quite dangerous to deal with. He is one of the most intelligent characters in anime and a spectacle to watch.

What do you think of our list of INTJ anime characters? Do you think we missed any? Comment below!

Extroverted, Intuitive, Thinking, and Prospecting. These are the traits of an ENTP person. We skimmed through the ENTP anime characters' personality database and ranked...
Previous article
35 Horror Anime Series/Movies To Freak You Out!
Next article
40 Dark Anime: Cult Classics to Hidden New Titles