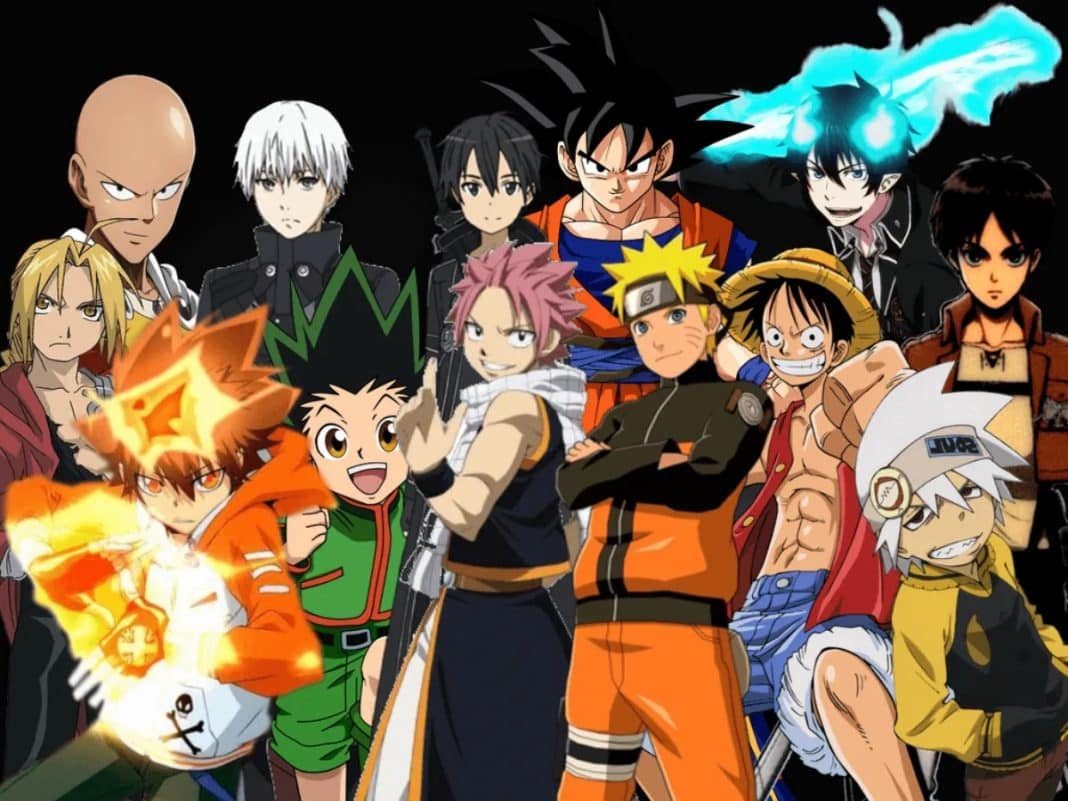 INFP is a personality trait of individuals who are introverted, intuitive, feeling, and prospecting.

People with such personalities are just, kind, loyal, and keep to themselves. Such altruistic people exist in society and in the anime verse too.

Read on and let us know how you feel.

What Anime Characters Are INFP

Not all anime characters are INFP.

Take Sasuke (Naruto) for instance. He is cool and one of the most powerful and smart anime characters ever, but he is not INFP. The same goes for Zoro from One Piece and Vegeta from DBZ.

Here we have listed our pick of the top 25 INFP anime characters. Read on!

We have created our own INFP anime characters list who are genuinely selfless.

Neji had a huge beef with his clan due to the loss he endured while he was a kid.

However, later he realized that we make our own destiny and put everything on the line for the survival of the Hidden Leaf Village.

Yamaguchi was a volleyball substitute on Karasuno high-school team.

He visits a former local volleyball player, puts in a lot more effort, and learns how to further perfect his game, particularly the Floater Serve. He gradually sharpens his form, and also makes for a good friend in the team.

Shigeo Kageyama discovers that he has special powers that are directly related to his emotions. Initially, he fails to control them.

As his power grows he gets more aloof from the crowd. But eventually, he makes some strong bonds with a few friends and doesn’t bother risking his neck for them.

Tony is a reindeer who eats a devil fruit and gains the ability to interact with humans and other animals.

Gradually Tony turns from a reindeer who hates humans to one of the best pirate doctors sailing the grand line. He is hands down one of the most adorable INFP anime characters.

Deku is a true altruist and doesn’t think twice before laying it all down for the people he cares about.

All in all, he is just getting started in his hero journey and his righteousness makes him a strong INFP anime character.

Gohan isn’t the strongest Saiyan but you can surely count on him.

Back in the day, when the earth was battling against the menacing Cell, Gohan was the one that saved planet earth.

My man Yasutora Sado, a.k.a Chad is quiet, humble, and adorable.

What earned him this rank is his loyalty and dependability. Be it his friends or loved ones, Chad is ready to protect them no matter how stronger his foes are.

Shinichi is a shy and calm individual. Thankfully he stops the parasite from burrowing into his brain and ends up having a symbiotic relationship with the parasite.

With Migi’s powers, he not only saves people around him but also stops the Parasite uprising. A noteworthy INFP anime character indeed.

King ranks at number 7 amongst S-class heroes. But in reality, he is just a normal civilian.

However, when faced with real danger he doesn’t chicken out and steps forward knowing very well that he can be swatted like a fly.

Siberia Palm in the Chimera ant storyline puts her life on the line to save the life of people stuck in the fortress.

It seemed as if she was just waiting for the right moment to show the world what she values most.

Shikamaru is smart, one of the best strategists, and a Ninja who can puppet shadows.

He was a laid-back character and used to consider every task a drag. But later, he not only saves the life of his teammates multiple times but also gives his all in the great Ninja war.

Definitely one of the best INFP anime characters.

Erwin Smith, the commander of Survey Corps, had risked everything to break free of the shackles of the Titans.

He lost one of his arms and eventually his life just so that his people could have a future devoid of the giants.

Hinata Hyuga loves Naruto with all her heart, knowing that he’s a Jinchuriki. He also stood her ground and tried to save Naruto when Pain had him pinned.

Simply calling her righteous will be an understatement.

Light Yagami with the Death Note makes it his purpose to get rid of all the violent criminals who don’t deserve to live.

He may be just another human, but when he found the opportunity to clean the world of criminal filth, his will didn’t falter and he made sure his plan bears fruit no matter what.

Yusuke Urameshi put his life on the line multiple times to save the living world from demons.

He fought in the Demon tournament and even went toe to toe with S-Class demons just to make sure demons stay away from the living world.

Alphonse lost his body when he and his brother tried to resurrect their mother. Since then he has been trapped in the metal armor.

Alphonse projects true justice and is loyal to his friends. He even speaks kindly to his enemies which in turn helped him earn their respect as well.

Nagato lost his parents, his friends, and even his mentor left him. That’s why he evaluates in black and white and eventually partnered with Obito Uchiha to reprise the 10 tail.

But after fighting Naruto and seeing his strong resolve and commitment he sacrificed himself to resurrect the people of Hidden Leaf Village.

Gaara is not only one of the best INFP t anime characters. Since childhood, everyone used to blame Gaara and steered away from him.

Later he realized there is more to life than just seeking revenge and didn’t think twice before putting everything on the line for saving the lives of fellow villagers.

Kaneki is your typical nerd who avoids crowds and focuses on his books. But when he becomes a Ghoul he doesn’t change that much.

He stuck to what he really likes despite becoming a Ghoul. He endures a ton of hardship to be himself and not be influenced by the changes that dawned upon him.

Minato, the father of Naruto also known as the Yellow Flash, gave up his life to save the village and his son.

Even during the great Ninja war, when resurrected from the dead, he stands beside other Ninjas and helps however possible to bring down Madara.

Gon wants to be a hunter like his dad. Even without training, he sticks to his righteous nature.

When his mentor Kite gets killed he makes sure to get his revenge, even if he has to sacrifice his life. Gon’s transformation is one of the biggest flex scenes in anime history. One of the most noteworthy INFP anime characters for sure.

Saitama is the most humble superhero ever. He never yearned for limelight and the world didn’t bother either.

Even when he saved the city from an asteroid, he was booed in public and even blamed for the destruction of half of the city. He took it on the chin sportingly.

Monkey D Luffy wants to be the king of the pirates. The captain of the Strawhat Pirates has devil fruit powers and can stretch like rubber.

He stands for what he believes in and makes sure all his crew members are safe and their enemies are avenged.

Kushina is Naruto’s mother and the wife of Minato. Before Naruto, she was the Jinchuriki of the nine-tail fox.

When the nine tails was extracted from her, she sacrificed her life just so Naruto has a future.

For me, Itachi Uchiha deserves the top rank in our list of INFP anime characters. He was an exceptional shinobi and went against the Uchiha clan when they started their coup d’état.

He awakened the Mangekyou Sharingan at a young age and even infiltrated the Akatsuki just so his brother Sasuke could have a future.

I believe Itachi as a character would surely be remembered and inspire other anime characters in the years to come.

Now that we have reached the end of our list of INFP anime characters, do let us know what you think of the list and if you feel any other anime characters deserve a mention here. We have some other stuff on anime personality types too!

Scorpio anime characters are passionate, intensive, and ferocious. They are perhaps some of the most mysterious characters compared to other zodiac signs. Scorpios can demonstrate...
Previous articleGoth Mikasa & Nerd Armin In Attack On Titan: More Than An Easter Egg
Next articleFate Series Watch Order: Where to Start & How To Watch