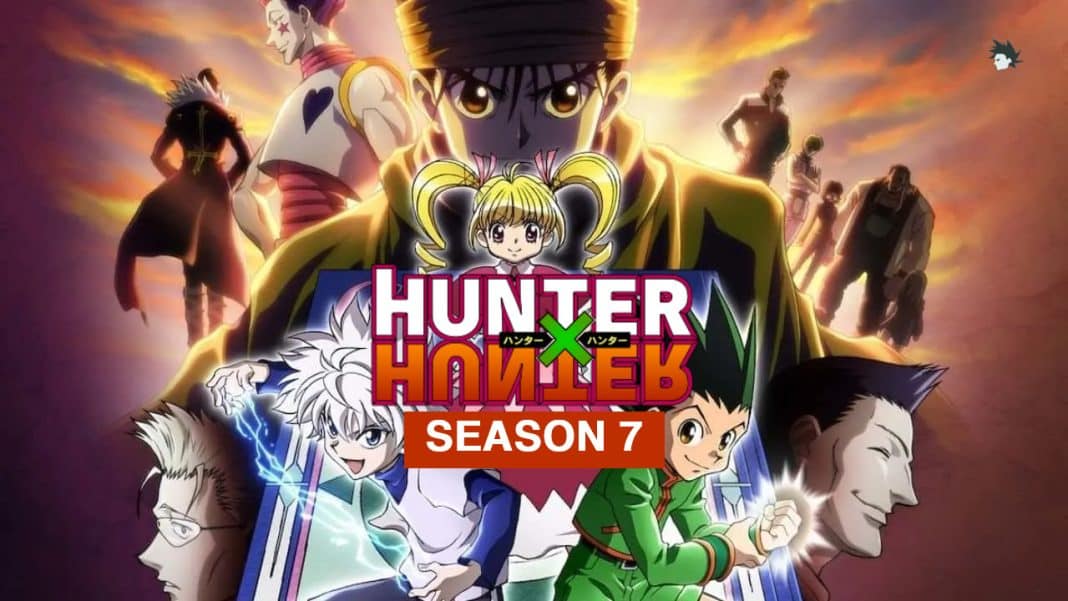 Hunter x Hunter is undeniably one of the famous old-time shonen anime based on the popular manga series of the same name, “Hunter x Hunter” written and illustrated by a renowned Japanese manga artist, Yoshihiro Togashi.

The anime was first produced by Nippon Animation in 1999 and reanimated by Madhouse in 2011 with six seasons and 148 episodes.

And since the premiere of season 6 aired over 8 years ago (in 2014) and the latest manga was released in October of 2018, fans have been waiting with bated breath to find out how Gon Freecss’s journey ends.

However, since the end of Season 6, Madhouse has remained tight-lipped about whether or not there would be a Season 7 of the masterpiece. If there would be any, what storyline will it follow? Let’s find it out!

There was a lot of hope for Hunter x Hunter Season 7 after the completion of the previous arc. However, even after its huge popularity, the next season hasn’t been released after eight years. Do you wonder why?

First of all, Madhouse absolutely nailed it with their 2011 version of Hunter x Hunter. Over the course of three years and 148 episodes, the studio presented one of the best anime series ever made. However, Madhouse couldn’t make another season due to a number of reasons.

HxH artwork is based on Yoshihiro Togashi’s manga that he had been writing for decades. However, Togashi suddenly stopped producing new manga chapters, thereby putting HxH on hold.

Therefore, Madhouse did not premiere an additional season of the show. But one day, out of the blue, a tweet from Yoshihiro’s account was posted, stating that there are 3 more episodes to be made!

So considering the tweet and fans’ response over it, you can predict Season 7 of Hunter x Hunter to be revived back in 2024.

But sincerely, the next season’s premiere date is still unknown and Yoshihiro’s health isn’t always in the best of shape, which is the primary reason why the manga is put on hiatus for a number of years before it is restarted.

Until then, it’s better to take comfort in the knowledge that preparations are being made. In point of fact, the studio wants to make Hunter x Hunter Season 7 more than anything else.

The incomplete “Hunter x Hunter” manga has been cited as the main culprit delaying production on Season 7. The manga is often quite late, but the most current holdup, which began in late 2018, is reportedly due to Yoshihiro Togashi’s ongoing health problems.

In any case, if Hunter x Hunter Season 7 gets released, it will almost certainly be the series finale, marking the end of the story of our little hunter, Gon Freecss, where he will find his father!

If you’re familiar with Hunter x Hunter Manga, you’ll know that the events of the Election Arc were wrapped up in Chapter 339 of the manga, which was the end of Season 6.

It implies that the next season of Hunter X Hunter will continue with the storylines introduced in the Dark Continent Expedition and the Succession Contest; The Kakin Empire, looking to expand its territory, will set its sights on the Dark Continent, while Kurapika will pursue a Kakin Prince in search of the Scarlet Eyes, which are believed to be in the Prince’s possession.

But is there any chance for the arrival of HxH Season 07?

Before the manga embarked on its longest hiatus in 2018, Togashi reportedly stated in Weekly Shonen Jump, “It is imperative that I complete “Hunter x Hunter.” Either the story ends now or I do. There is no other option. But I will get there in the end.”

So no one actually knows if the story will ever receive its end!

Therefore, regardless of how hard it will hit you, you must eventually let the series end with great respect and appreciation. You can be a bit optimistic for the next season but also be ready to say to the series, Sayonara (Good Bye).

Who Will Be Joining The Cast Of HxH Season 07?

To be honest, social media posts from Mariya Ise and Megumi Han are now the only clues fans have as to who else might be involved in the voice cast.

Megumi Han, who voices Gon Freecss, posted on Instagram regarding her meeting with a friend at work, who could only be Mariya Ise, voice artist of Killua Zoldyck.

According to IMDb, Han’s first major job was in “Hunter x Hunter,” however he had a few smaller roles before that.

On the other hand, Funimation reports that Mariya Ise, who voices Killua Zoldyck, tweeted that she was in the studio recording and was happy to see her “partner” again.

If these messages are for “Hunter x Hunter,” then we should expect to hear from two of the original voice actors reprising their roles.

Further, if the Japanese production is working to keep the same voice actors on board, there’s no reason the English dub shouldn’t do the same. It means Michael McConnohie may reprise his role as Season 7’s narrator, Cristina Valenzuela may reprise her role as Killua Zoldyck, and Erica Mendez may return as Gon Freecss.

When and Why Yoshihiro Togashi Decided To Stop Writing The HxH Manga?

As a primary factor, overwhelming pressure was the main cause of HxH’s manga layoff. Since Togashi set really high standards with his work, it made fans to be extremely anticipative of his next piece.

Therefore, he felt sidetracked from his life and he decided to pen down his work due to extreme mental pressure. However, he expresses a desire to come back after having the necessary rest.

Apart from this optimistic point of reference, there have been rumors in the air that Togashi and Shueisha (publication company) had a disagreement on the continuation of Hunter x Hunter manga.

There were also some speculations that Shueisha considered offering another mangaka to draw HxH after realizing that Togashi’s efforts fell short of their standards. Therefore, Togashi stopped writing and said that he alone will carry on HxH.

Ultimately, there has been no decision made regarding season 07 of Hunter X Hunter. It has been more than eight years since the sixth season, and yet no official teaser for season 07 has been released.

So we would suggest you move on and check out 35 Best Crunchyroll Anime Ranked From Good To Great!

In a generation where we have zombie movies, zombie games, zombie board games, zombie comics, and zombie books, the undead has never been more...
Previous article
Konosuba Season 3 – Official Release Date, and Media Updates
Next article
35 Best Samurai Anime/Movies Every Sword Lover Should Watch!