AnimeHow Not To Summon A Demon Lord Season 2: Storyline & Characters 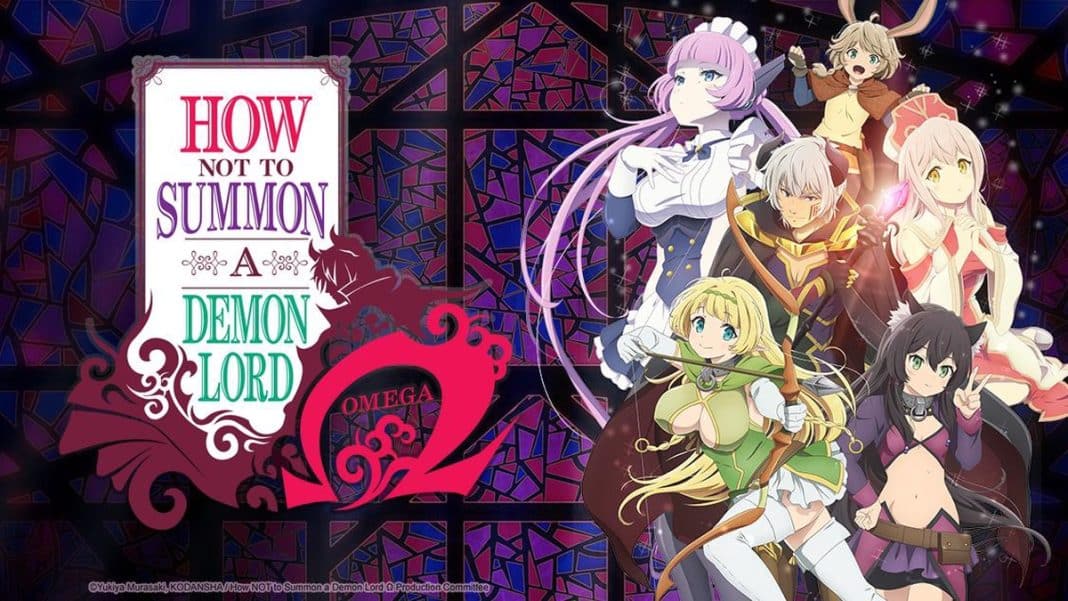 How not to Summon a Demon Lord is a great hit in the Isekai fantasy genre and was adapted from light novels by Yukiya Murasaki. The anime first premiered in June 2018 with 10 episodes and then cracked the records with its 2nd season in 2021.

“Isekai maou to shoukan shoujo no dorei majutsu” is an adventurous story of a man summoned from the real world to a fantasy world and was granted phenomenal magical powers up to the level of a demon lord.

So it goes without saying that he is an overwhelmingly powerful protagonist and can make his opponent taste the dust off the ground with just one of his spells.

So, in this blog, we’ll explain the main plot of “How Not to Summon a Demon Lord” and talk about the new characters from Season 2. We will also help you figure out how our fearsome demon lord ended up in the series.

The Main Storyline of The Series!

In the anime, How not to Summon a Demon Lord, Takuma Sakamoto, is a former Cross Reverie player who once controlled the true Demon King, Diablo. He never backed down from a fight, even when facing opponents with incredible prowess.

However, one day, he was summoned to another world and reincarnated as Diablo, the video game character he used to control in the Cross Reverie.

Now as Diablo, he wears a magic ring with the strength of Magic Reflection, so that anytime a spell is cast against him, the reverse effect would occur.

And when pantherian Rem and elf Shera try to make Diablo their servant, they meet the same fate; the spell inevitably backfires, and they both wind up with magical collars around their necks. This is the origin of the main character in the series!

As time goes on, Takuma, who plays @Diablo-13 in a Cross Reverie, begins to adopt the persona of his character. He begins to engage with the locals and put his knowledge of Cross Reverie’s culture to use in order to thrive there.

He travels with the two stunning women (Rem and elf Shera) and searches for ways to get rid of the sealed collars around their necks. However, as the main character, Diablo does more than just free them from slavery. He also tries to solve their other life problems.

We’ve listed the series’ primary and secondary characters, as well as the names of the voice actors who play them behind the scenes!

The anime has gained good fame and success in the anime industry thanks to these characters and voice actors who played their parts BTS.

The first three episodes of the 2nd season have shown that the magical mysteries and nail-biting adventures that made “How Not to Summon a Demon Lord” so popular are here to stay. The reviews have been promising plenty of fan service, but there will also be some interesting new characters.

In the premiere, we meet Lumachina, a high priestess who becomes part of the quester’s all-star team. In Episode 2, the group meets a new character, Horn, who takes them on a new adventure.

We recommend you watch How Not to Summon a Demon Lord season 02 on Crunchyroll if you love the isekai or magical fantasies.

If you are more into horror stuff than the magical genre, check out these 35 Horror Anime Series and fill your dark anime collection!

Just like Monkey D. Luffy is to be the King of the Pirates, Roronoa Zoro has been destined for greatness since One Piece started. The...
Previous article
30 Gay Anime For The Uninitiated [Explicit Content Alert]
Next article
15 Best ESTP Anime Characters [Updated]