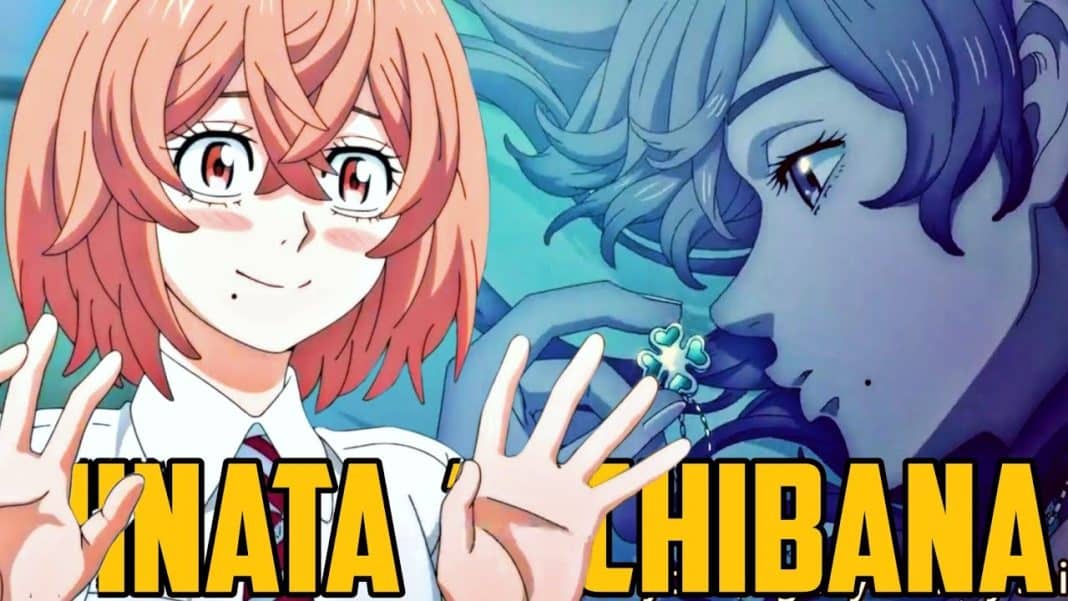 Although we see very little of Hinata Tachibana in Tokyo Revengers Season 1, she is the reason Takemichi Hanagaki is doing everything.

After his train accident, Takemichi wakes up 12 years in the past. Now that Takemichi and Hina are back in Middle School and have a great relationship, Takemichi has an idea.

While reliving his happiest days with the love of his life, he has decided to do everything in his power to change the future and protect Hinata Tachibana.

That’s why he joins Toman.

He wants to stop Mikey and the rest of the Tokyo Mangi Gang from going down the dark path. Only so he can live out the rest of his life with Hinata, something he couldn’t do in his timeline.

So, although Hinata has had limited screen time in Season 1, she’s an important character, and you should know more about her.

Before that, here’s some important info about Tokyo Revengers that you shouldn’t miss.

Tokyo Revengers Info & Where To Watch

Tokyo Revengers is one of the most popular anime in 2022. The series follows a 22-year-old Hanagaki Takemichi who has re-spawned into his own life after dying in a train accident.

However, he wakes up 12 years in the past.

He remembers all the events and wants to change a few of them. But it’s never that simple, is it?

Where to Watch Tokyo Revengers

The hottest anime of 2022 is quite exclusive for now. You can stream on a few illegal websites, but for the best experience, choose one of the following.

Who is Hinata Tachibana in Tokyo Revengers?

In fact, she is the only girlfriend Takemichi has ever had. She was in Takemichi’s school, and we first see her in Episode 1 of Tokyo Revengers, right after 3rd years beat up Takemichi and his friends.

But in the manga, we’ve seen a lot of Masato. He is the reason Takemichi breaks up with Hinata. Masato was worried about his daughter because of Takemichi’s connections to Toman. And in the end, his worst fear was realized.

Hinata is a very passionate, energetic, and optimistic girl. She looks at the positives in every situation and sometimes comes off as a naive school girl. But she’s smart and confident and loves a bit of detective work.

And she loves Takemichi. So much so that she once slapped Mikey while defending Takemichi. She also kept the four-leaf clover necklace, and after her breakup with Takemichi, she never had another boyfriend.

Here is a list of all the actors who have lent their voices to Hinata in Tokyo Revengers.

Hinata was born on May 21, 1991. She was 14 years old when Takemichi and Hina started dating. At that time, Hina maintained short, coral-colored hair and was mostly wearing a school uniform.

This is when Hinata was at Muzi Middle School.

In high school, Hina’s appearance changed a bit. She grew out her hair. Her outfits got stylish, and she’s always wearing the four-leaf clover necklace that Takemichi got her.

Although in the manga, Hinata has various outfits, her wardrobe – much like her screentime- is quite limited in the anime.

Much like her boyfriend, Hinata also doesn’t have any fighting prowess or any special abilities. But, just like Takemichi, Hinata is also determined to protect her loved ones and has a strong will.

Hina will stand up to anyone when it comes to doing the right thing and protecting a loved one. Remember when she threatened Draken and slapped Mikey.

She once got in trouble while trying to save a stray cat from a bunch of bullies.

Hinata is a kind-hearted girl, full of emotions and love for Takemichi, and she is very vocal. And even with no special skills or strengths, she is to play a huge role in how things turn out in Tokyo Revengers Season 2.

Because, in the end, whatever Takemichi does, he’ll do it with one motive- to save Hinata.

This is a section filled with spoilers for anime viewers as well as manga readers. So, progress accordingly because we are about to dive deep into the history between Kisaki, Takemichi, and Hina.

Hinata and Kisaki were childhood friends. They both went to the same elementary school.

Kisaki was the class nerd. Yes, the dangerous manipulator was a bookworm back in school. However, he had no friends. That was before he met Hinata.

Being the kind-hearted soul that she is, Hinata became Kisaki’s only friend. Kisaki was a weak boy with no fighting skills whatsoever. So, one day when Hinata got into trouble with some boys, Kisaki hid behind a wall instead of helping her out.

Takemichi beat up the boys, and Kisaki saw everything. He witnessed Hinata standing there in awe of Takemichi and saw the exact moment Hinata fell in love with Takemichi. That was also when Kisaki’s obsession with Hinata and hate for Takemichi began.

From thereon, Kisaki was all alone once again. He developed a hatred for Takemichi because he felt Takemichi stole Hinata from him.

That’s what made Kisaki the person he is today.

He wants to be the number 1 criminal in Japan because then he will have enough power to win Hinata’s heart again. But, Kisaki is not in love with Hinata, he’s just obsessed with her.

Hinata is a trophy for Kisaki and if he can’t have her no one can.

Here is where and when Hinata Tachibana takes center stage. As we said earlier, the anime had very little Hinata content. We saw plenty of her in the Toman Arc and then there were just glimpses in the Moebius arc, before the car crash.

But, she is there in almost every manga story arc, which is why we’re excited to see more of Hinata in the upcoming season.

Although Hinata has a limited role in the first season, she did have some impactful scenes with Takemichi and left us with some memorable lines.

Here are some of our favorite Hinata Tachibana quotes from Tokyo Revengers Season 1.

What’s important to me are times like this. We don’t need to do anything. Just the two of us walking along together, talking about nothing in particular.

These lines are enough to show how much Hina loves Takemichi. She’s happy with her just while walking hand-in-hand. Hina doesn’t want Takemichi to be something that he’s not. He loves him just the way he is- even if he’s bruised up and bullied by some nobodies.

I want to know everything about you, understand? I’m your girlfriend, you know, dummy.

Here is an example of how vocal Hinata is about her feelings. Right after Takemichi gets beaten up, he visits Hinata who straight away starts asking about his swollen face. She wants Takemichi to open his heart, just like she has.

Who exactly do you think you are? You just waltz into a school you don’t even go to and try to take someone out by force? That’s not the kind of thing friends do! Takemichi’s been coming home beat up all the time lately! And if it’s happening because of you two, I’ll put a stop to it!

These are the iconic lines Hinata said to Mikey and Draken right after slapping Mikey across the face. Mikey and Draken are picking on Takemichi, and all of a sudden Hinata comes, slaps Mikey, threatens Draken, and takes away Takemichi.

Our MC also musters up some courage when Draken tries to scare Hinata.

I gave it to you because you’re that special. You’re not Draken and you’re not Mikey either. You’re just you. You’re Takemichi. You’re not afraid to cry for others’ pain and you get so frustrated trying to help them. That’s just who you are. If you ask me, there’s no one cooler than you.

Another example of how Hinata Tachibana never gives up on anyone, let alone the young boy whom she loves so much.

After Takemichi was beaten to a pulp and though he had failed Toman, Hinata comes to him, kisses him, and says these words in his ears. This is the moment fans fell in love with Hinata.

It’s their first kiss, and it proves vital.

Takemichi finds the courage and strength to do what’s right and ends up saving Draken’s life.

What Next for Hinata in Tokyo Revengers?

Well, one thing is for certain, we’ll be seeing a lot of Hinata in the upcoming seasons of Tokyo Revengers. The last time we see her in Season 1 is in Episode 23.

Afterward, Takemichi takes Hinata to her house, and that’s the last of Hinata in Season 1.

And that’s about it, for now.

We’re certainly rooting for Takemichi to sort everything out and save Hinata Tachibana. But, if Season 1 was any indication, we think we’ll be seeing a few more grueling Hinata deaths.

Just like Monkey D. Luffy is to be the King of the Pirates, Roronoa Zoro has been destined for greatness since One Piece started. The...
Previous article
Top 10 Most-Hyped Virgo Anime Characters (Male & Female)
Next article
Naruto Shows in Order: Correct Order to Bingewatch Naruto