SeasonsHighschool Of The Dead Season 2 - All You Need To Know 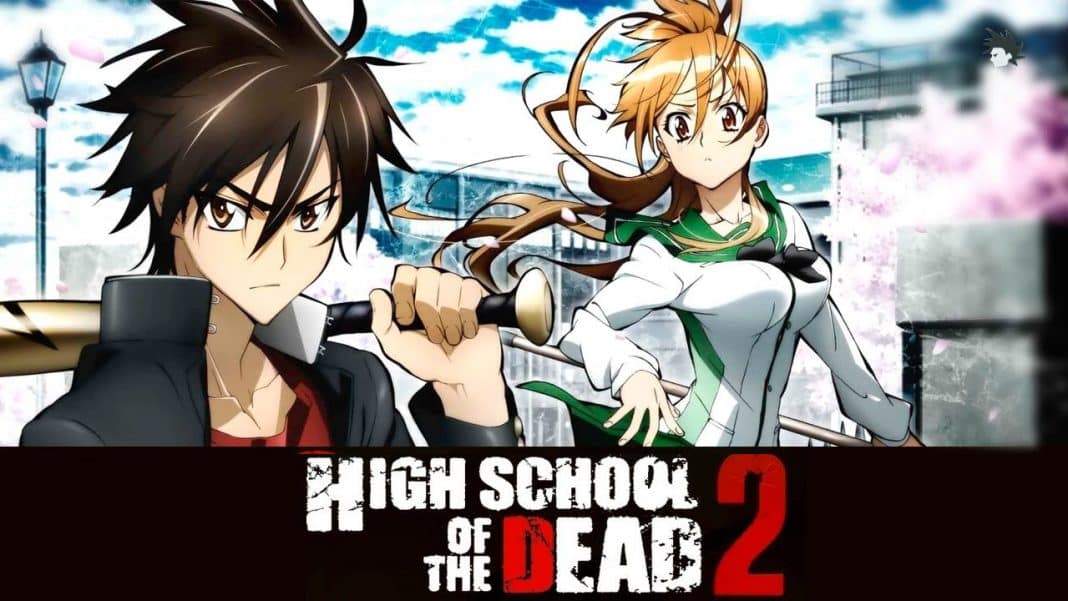 In a generation where we have zombie movies, zombie games, zombie board games, zombie comics, and zombie books, the undead has never been more popular. So much so that the genre has grown from being a horror niche to an indisputable meme.

So you don’t think that anime wouldn’t catch up to this, did you? If you did, Highschool of the Dead exists solely to prove you wrong. It didn’t take long for Japan’s take on zombies, as the series was introduced to the world in 2010.

Somehow gathering an audience (on its own merit too, commendably), this anime takes on a genre milked to death and has caught new attention because of, say it with me, the COVID pandemic. But there hasn’t really been much buzz on it since season 1 took the niche viewer base by storm.

Is Highschool of the Dead coming back for a season 2? We set out to find the answer to the question, and fair warning, you may not like it.

Highschool Of The Dead Season 1: Recap

It all began, as a quite generous recap video states, with a pandemic very similar to the one we witnessed less than 24 months ago. A mass outbreak instantly turned humans on each other, destroying their minds and forcing them to eat others’, quite literally. Watch the High School of the Dead Trailer here.

Set in present-day Japan, our story here follows the adventures of a few high school students as well as the medic of the group, the school nurse (because of course) as they try to survive and kill a few zombies.

The main characters of the series are Takashi Komuro, a 17-year-old who is the viewpoint protagonist of the anime, who is conflicted between his childhood love interest, Rei Miyamoto, and Hisashi Igo, who she is currently dating. This is because he was unsure. And somehow he is proficient in firearms.

Rei, similarly, is the female protagonist of the series, who is disgruntled with the fact that a stupid zombie outbreak is coming in between her and the supposed love of her life, Takashi.

Along for the ride are several other wacky characters, such as the self-proclaimed Tony Stark of the series, Saya Takagi, who has a rocky relationship with her parents, but eventually comes around to accept them.

And then there is Koichi Shido, their teacher, a villainous character with very grey morals and a devilish outlook on the world around him. His actions scream cult-like, and he has the appearance to match it.

The outbreak has spread over the world, and the students decide to go around saving people, including their friends and families. In the midst of this, they keep fighting and killing zombies along the way with upgraded weapons that they get along the way.

Our story in Season 1 concludes with a nuclear weapon being set off, which also triggers an EMP blast, taking out all electricity as well as electronic devices in the vicinity. Our survivors are trapped in a huge building with no way out, and the horde closes in.

However, a Hummer has survived this explosion because of a triple-copper plating, which the survivors use to their advantage, with Takashi and his team saying a tearful goodbye to those they are leaving behind.

With this, season 1 comes to an end.

When Does Highschool of the Dead Season 2 Come Out?

However, the first season of the anime so far has only covered four volumes, with three more still left in manga form. So what kind of release date should we be looking at for the anime?

Unfortunately, this is where the news takes a darker turn. The creator of the manga, Daisuke Sato, sadly passed away in 2017. This has well and truly put the series into limbo, because the producers of the anime version were said to be heavily relying on the original creators vision to develop the characters further.

With the manga seeing an abrupt end, and the death of the original creator, we are now stranded as far as Highschool of the Dead Season 2 Episode 1 is concerned. As is always the case, fans are left to speculate on when and where the series is going, and if we will get the answers to the questions asked in season 1.

But, there is always light at the end of the tunnel. A US-based anime network is very willing (and hopefully able) to take up the series for a second spin, seeing as the zombie genre is still very popular in all media here in the States. The lack of source material enough to warrant a season 2, however, remains to be addressed.

Highschool of the Dead harkens back to an era when all anime wanted to be was sexy, and yet maintaining the wholesome and pure aspect that we have come to know Japanese animated media for.

Even though there is still a rabid fanbase hunting for all the information they can, the future of this series looks in jeopardy at best, and dead at worst. But make sure to keep following us, and we will have updates very soon if there are any developments!

Meanwhile, why not check out some news about Uzaki Chan Wants To Hang Out Season 2? I mean, if you are into some chill slice-of-life anime that does not involve scantily-clad teens killing cartoonish monsters, that is.

Just like Monkey D. Luffy is to be the King of the Pirates, Roronoa Zoro has been destined for greatness since One Piece started. The...
Previous article
Where To Watch Mob Psycho Season 3? All Seasons Recapped!
Next article
One Piece Zoro – From Pirate Hunter To Supernova!