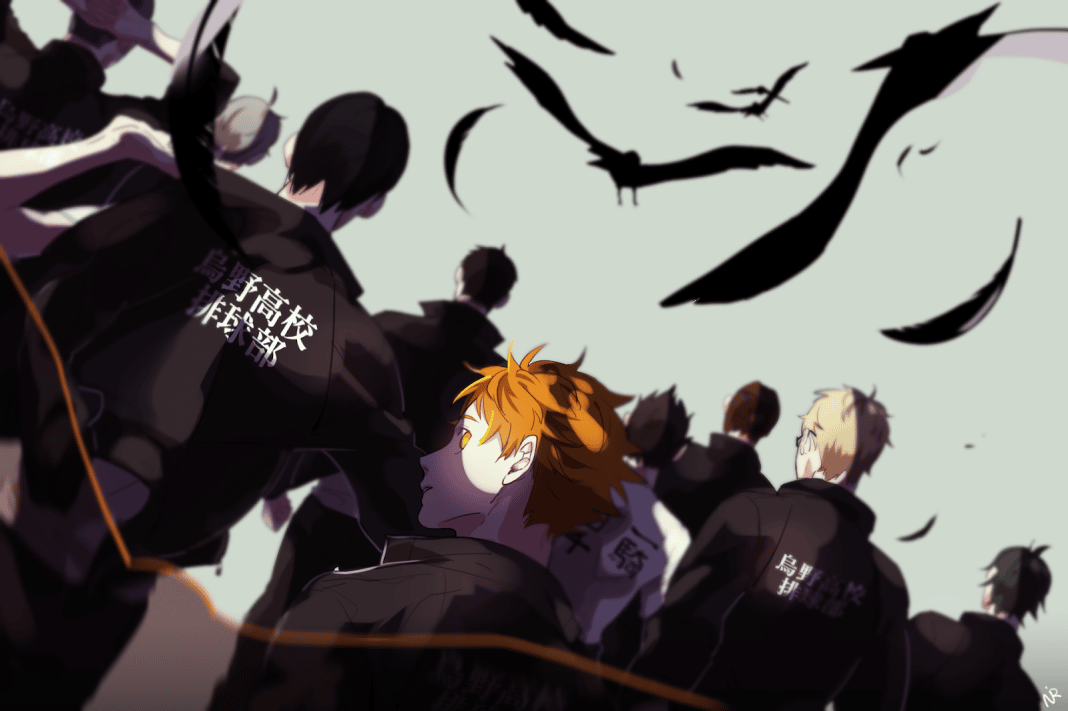 Haikyuu!! has been around for a long time. Especially the manga, with more than 400 episodes.

The manga was received well by fans and hence it was a matter of time before an anime adaptation.

It is an outstanding story about sports and a slice of life with a touch of comedy, written and illustrated by Haruichi Furudate and adapted into anime by none other than Production I. G.

Haikyuu Season 5 – What To Expect

Haikyuu!! literally means “volleyball” in Japanese, and as the name suggests the story revolves around a volleyball court and a boy named “Shoyo Hinata.”

Hinata is a hardworking character of strong will who is ready to go against all odds including his small physique to achieve his goal of being an incredible volleyball player.

With a well-rounded MC in the middle, Season 1 was beautifully directed and the response from the audience was phenomenal.

Haikyuu!! already has 4 seasons (and a couple of anime movies too) and there is serious gossip about Haikyuu Season 5.

Here is the list of all Haikyuu!! Seasons with their episodes:

Is Haikyuu!! Season 5 the Finale?

The author of Haikyuu!! has already released the final episodes of the story. Although fans are extremely excited to watch the Haikyuu last Season, they are sad as Season 5 will mark the end of this masterpiece.

As mentioned above, Haikyuu!! is a successful show loved and recognized globally, that depicts exciting volleyball matches between competent teams.

Along with the portrayal of the life of a junior high school student, Hinata is ambitious enough and participates in different tournaments, and learns from his mistakes.

All of these factors are enticing enough to keep the audience hooked up for Haikyuu!! Season 5. The last season of Haikyuu!! aired in 2020 and it’s been two long years already.

One fine day, on the 8th of Aug 2022 the fans of Haikyuu!! found a mysterious timer on the official website which ended on August 13th, 2022. With the timer still running, the tweet was posted. And quickly deleted!

According to the tweet, the final season of Haikyuu!! was all but confirmed. Then an official announcement was made… It turned out to be about the 5th “movie,” Haikyuu!! Final!

Even though it was not what fans expected, it still gave them hope that maybe Haikyuu!! Season 5 production will commence this year. Many believe that Haikyuu!!, the Season 5 release date will be announced during the end credits of Haikyuu!! Final movie.

Shoyo is the main character in Haikyuu!! and is an example of typical characters who, despite setbacks, never stop working after their dreams and ambitions. And it makes them go-getter champions!

He is famous for his vertical jump which baits the opposing team and provides Karasuno attackers an opportunity to strike. As a result, Hinata has earned the nickname “the greatest decoy.”

Tobio Kageyama is known by many names – “the king of the court”, “volleyball genius”, and so on. Kageyama is a type of character who struggles with socializing and is inconsiderate of the feelings of his team members.

Kageyama was initially portrayed as a mean and selfish prodigy, not favored by the team due to his ill behavior, and was dropped from his previous Volleyball team. As a result, Kageyama has now become more considerate of the opinions of others.

Moreover, there is huge character development as we see Kageyama learn the significance of teamwork, reliance, and companionship. He develops a setter-blocker partnership with Hinata and is referred to as a “quick freak.”

Daichi Sawamura is a kind, tough, and dependable third-year student at Karasuno High School. He is a responsible captain who inspires his teammates on and off the court.

Sawamura allows his team members to work on themselves and their issues rather than intruding on their matters. Along with his kind and helpful nature, Sawamura is a strict captain who does not compromise on the performance of each player.

Koshi Sugawara is another 3rd-year student of Karasuno High School and is recognized by the entire school as “Mr. Pleasant” because of his bright and jolly nature. Suga was initially the setter of the team but was replaced by Kageyama.

He is very sincere with his team members and wants to play as much volleyball as possible in his final year at high school. Moreover, Sugawara is competent and sharp.

There is still no official announcement regarding Haikyuu Season 5 by the creators and Production I.G. As soon as there is any update about Season 5, we’ll let you know right here so watch this space!

Extroverted, Intuitive, Thinking, and Prospecting. These are the traits of an ENTP person. We skimmed through the ENTP anime characters' personality database and ranked...
Previous article
15 Uncensored Animes: Lock Your Doors First
Next article
Vinland Saga Season 2 | Release Date & All Updates So Far