AnimeGoth Mikasa & Nerd Armin In Attack On Titan: More Than An...

Goth Mikasa & Nerd Armin In Attack On Titan: More Than An Easter Egg 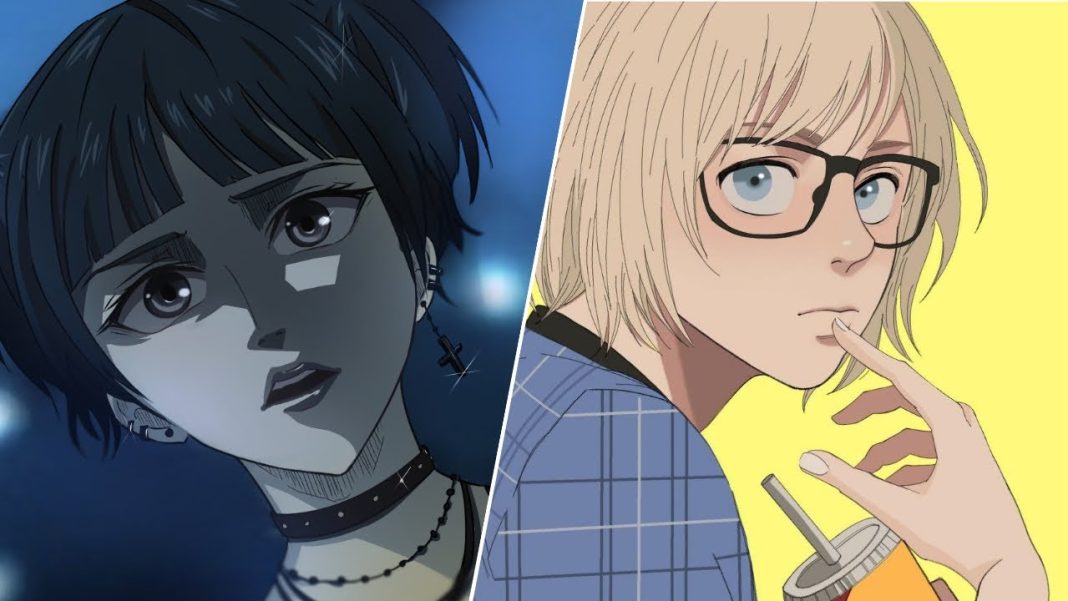 It’s like Doctor Strange has the anime world under his spell too.

Attack on Titan’s latest episode had some scenes that ignited multiverse shouts from the fans. Episode 19 of AOT’s 4th Season had plenty of easter eggs, and not very subtle ones.

As if the Sauna Scene wasn’t enough, they animated Goth Mikasa and Armin with glasses (Nerd Armin) into Eren’s memories. And if you are unaware, both these characters are not part of the canon storyline.

As Eren’s life flashed before his eyes, we saw glimpses of Goth Mikasa and Nerd Armin.

But what does it all mean?

Is this another one of Hajime’s faux creations for fan-pleasing, or did he just confirm an Attack on Titan multiverse?

Here’s what we think right from the start.

Goth Mikasa & Nerd Armin – Who Are They?

Goth Mikasa and Nerd Armin are side characters from the Attack on School Castes arc.

It’s a high school parody of Attack on Titan, and it’s not even a complete series. It’s just several fake previews before and after a handful of AOT manga volumes.

But somehow, that makes it all the more special.

Manga readers love these side characters and seeing them in a lead character’s memories, fans deduced and pretty much confirmed an Attack on Titan multiverse.

However, there are some people oblivious to Gothkasa and Nerd Armin.

Attack on Titan anime fans who have never laid eyes on the manga might not know about these characters.

And in case the AOT multiverse is a reality, here are some important things to know about both of these characters.

In the Attack on School Castes previews, Eren, Mikasa, and Armin are portrayed as normal high school students- imagine that.

Furthermore, Mikasa turned into a goth girl, Armin is sporting nerdy glasses, and Eren has shorter hair. It’s a humorous take, and manga fans love it.

But how do these side characters get into Eren’s memory?

Eren has the best Founding Power. He can see the past and the future and he can travel to other dimensions. So, it could be that the memories we saw were from another dimension.

Eren, Mikasa, and Armin are inquiring about Levi but see his cleaning products all over Dr. Zoe and Mr. Smith. Then, Levi harasses Eren and forces him to help the janitor.

Armin and Mikasa use an Ouija Board along with Eren and Marco. The Ouija Board moves twice, but it was Marco who moved the board.

Eren, Mikasa, and Armin watch a movie together. Eren then says he would like to see a sequel if there is one. Arming then talks about the Titans.

Historia spreads rumors about Eren, so everyone is rude to him and bullies him. Eren has no idea about any of it, so Armin tells him everything. In the end, Eren tries to confront Historia about the rumors, but she attacks him.

Everyone shuns Historia and her friends after the video of them beating up Eren goes viral around the school. Armin asks Eren to talk it out with Historia and save her from the ridicule. Afterward, Armin starts planning to blackmail Historia.

With real character designs, proper storylines, and theories to justify their presence in Eren’s mind, fans believe. Convinced that these are real canon characters, fans hope they’ll unravel a multiverse one day.

However, Hajime Isamaya has admitted that these previews are fake and not a part of the Attack on Titan canon.

So, why did we see Goth Mikasa and Nerd Armin in Attack on Titan?

Both of these characters are absolute fan favorites. Including them in the main show was just to get a reaction from the fans. And boy did they succeed- because fans had an absolute meltdown.

Is it all real or fake? We don’t know.

But, it’s all very confusing and exciting- exactly what a multiverse should be. But, as it stands, there’s nothing exciting in the drawer for Goth Mikasa and Nerd Armin.

However, with Season 4 Part 3 returning in 2023, who knows what the creators might explore.