MangaGenshin Impact Manga: Everything You Need To Know 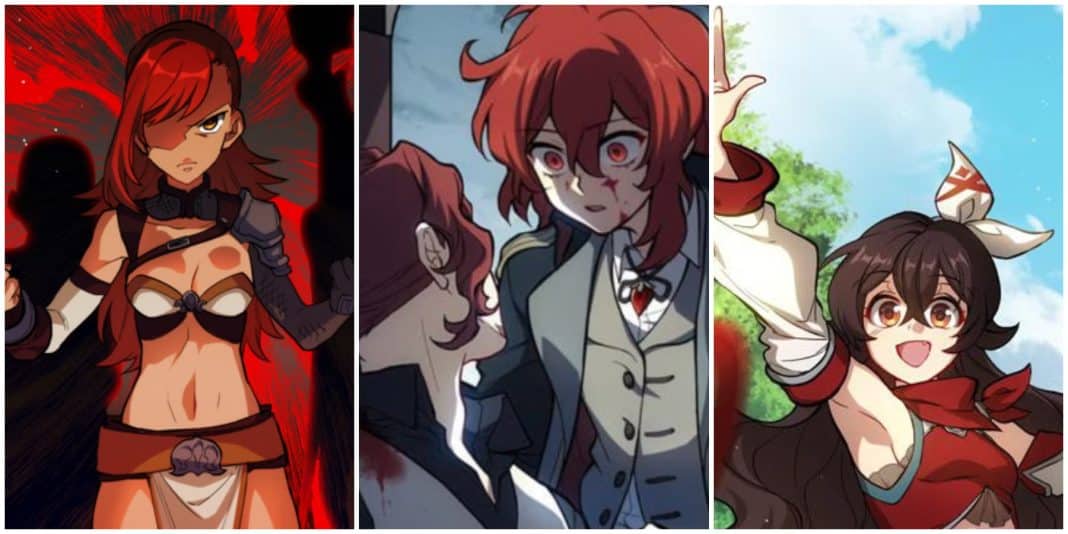 Genshin Impact is a vast world filled with mysteries and enigmatic backstories. To help players keep up with past events and lore, HoYoverse publishes an official Genshin Impact Manga.

The stories in the manga are canon, meaning they’re official storylines, events, and characters. But there might be a few things you might’ve missed and should know before starting the manga.

Today, we’re giving you a rundown on everything there is to know about the Genshin manga including where to read it, figuring out the main characters in the manga, and much more.

Where to Read Genshin Impact Manga

There are a couple of places you can read Genshin Impact comic, but these are the two officially supported platforms:

Both platforms are essentially the same so it’s a matter of preference on where you’d like to read it.

They’re both updated up to chapter 13 of the manga. However, we did notice that the official site is missing Chapter 9, Ludi Harpastum.

Check the WEBTOON link for the missing chapter.

Currently, there are 16 chapters of the manga officially released by HoYoverse. This does not include the Prologue story. However, all 16 chapters are only available in Japanese, Korean, and Simplified Chinese.

English localizations have only reached chapter 13, Dual Recurrence, and there has been no official word on when the rest of the chapters will be available. This means you only have access to the first 13 chapters in English.

But if you still can’t wait for the latest chapters to release, here’s a great fan translation of chapters 14,15, and 16. Find them linked below:

Keep in mind these are not the official version, so there might be some inconsistencies with language and translation. But it’s good enough if you just want to know the story and events that take place.

The release schedule for the Genshin Impact manga is also inconsistent. Last we checked, chapter 13 was uploaded back in 2020. This means we haven’t had a new manga chapter in 2 years.

The manga’s story is set before the current events of the game and the Traveler’s appearance. The story mainly focuses on the happenings in Mondstadt and its colorful cast of characters.

The manga also provides a solid backstory to the Fatui, their inner workings, and their evil plans. Other than that, the main plot revolves around notable figures in Mondstadt including Diluc, Kaeya, and Amber.

There’s also a ton of backstory regarding Diluc’s past and the manga highlights events that were mentioned in-game. However, there are certain parts of the manga and the game that don’t line up when it comes to Diluc’s character.

Mainly, the story of Diluc’s vision and when he received it conflicts with the manga’s story and the official mention in the game. It’s unclear which version is correct but it doesn’t affect the story too much.

There are a few characters the manga greatly focuses on. Here are the main characters in the Genshin manga.

Who is the Main Character in the Genshin Impact Manga?

It’s hard to pinpoint the ‘main character’ of the manga since there are several characters that appear prominently in the story. Since the manga delves into their backstories the most, they’re considered the main characters.

Some lore from the game is also represented in the manga, which makes it an integral vehicle for Teyvat’s history. If you’re a fan of knowing everything there is to know about Genshin Impact, check out the manga.

1. Venti in the Manga

Venti in the manga is featured only in the prologue so far and his story shows him awakening from his slumber. He’s his usual self, carefree and merrily singing tunes when he realizes the Mondstadt he created is no more.

It’s now run by the elite, nobles, and magnates. After witnessing the corruption, Venti decides to free the city and its people from their grasp.

He also comes across Venessa, a slave warrior who helped free the people from Aristocracy.

After that, she established the Knights of Favonious and became its first Grand Master.

Venti’s story in the prologue is a good look at Mondstadt’s history and troubled past. Though brief, a great look at an important character in Genshin Impact.

2. Diluc in the Manga

Diluc in the manga is a prominent character and many of its stories center around his past and adventures. They also provide a look at his tragic backstory and how his father died.

He’s a total badass in the manga so it’s an interesting look into his character. For fans of Diluc, there’s a lot to appreciate in the manga. Though sometimes, he does come off as the brooding, sad type, it gets better in the later chapters.

Diluc and his story is a major plot point for the manga. To avoid spoilers, we won’t get into the details. Just know we see some interesting plot points and action scenes with Diluc!

3. Kaeya in the Manga

Kaeya is usually calm & collected and knows how to get things done. But Kaeya in the manga character takes a different approach and is more of an ‘anti-hero’. He even says it himself in the manga –

While his outward demeanor may seem rough, he’s doing his best to ensure Mondstadt’s safety. He’s always got a trick up his sleeve and is aware of most incidents around him.

The manga shows a different side of Kaeya which you may not be accustomed to.

He’s not entirely different, but there’s a different vibe from his usual self. It doesn’t paint him in a bad light, but he doesn’t come off that great either. It’s hard to explain but if you read the manga, you’ll know what we’re talking about.

He’s still integral to the plot of the manga so if you want even more Kaeya, check out the manga!

4. Amber in the Manga

Unlike Amber in the game, the Amber portrayed in the manga is a capable and powerful Outrider. She’s still got her quirks and naivete, but overall it’s a much better look for her character.

The biggest difference is how useful she is in the manga. Compared to how lowly ranked her character is in Genshin Impact, it’s a welcome change.

Her story revolves around her solving the incident that took place in chapter 2 of the manga.

She’s also prominently featured alongside Collei, a character that was also introduced in chapter 2. The two have a sisterly relationship and eventually, the cold and distant Collei and Amber get closer than ever.

5. Jean in the Manga

Jean’s role in the manga is less of a central role and mainly showcases her reliability as the Grand Master of the Knights of Favonius. She’s the one characters turn to for help with any problem they might have.

In the manga, Jean is her usual reliable self and kicks ass when she needs to. She’s also featured with Lisa, another prominent character from the game who makes a brief cameo in the early chapters.

While Jean doesn’t have an outright role to play in the manga, her character is suited for the background. She handles the big decisions and is very understanding. It’s a good look for Jean, we just wish we had a broader look into her character’s backstory.

6. Collei in the Manga

Collei in the Genshin Impact manga is the most complex character of the bunch. Many of the chapters feature her heavily and her struggles with the past and trying to move on.

She starts to experience the joys of everyday life with the people of Mondstadt after being subjected to ridicule and banishment for circumstances out of her control.

She’s integral to the story but hasn’t been featured in the game so far.

Currently, we don’t have the details on the latest update.

To fully understand everything there is to know about Collei though, we’d recommend reading the manga before getting into the latest updates in Genshin Impact.

We’re also expecting some references to past events from the manga in-game.

And with that, we’ve reached the end of the article and hopefully, you’re better informed on the Genshin Impact manga and what to expect. There’s much more we haven’t mentioned but we think you should experience it for yourself!

That said, what do you guys think of Genshin Impact manga? Worth a read or just another lore to ignore? Leave us a comment with your thoughts!

Just like Monkey D. Luffy is to be the King of the Pirates, Roronoa Zoro has been destined for greatness since One Piece started. The...
Previous article
Kasumi Persona 5 Royal Confidant – How To Initiate & Rank
Next article
Tower of God Season 2: Latest On The Crunchyroll Original