SeasonsFire Force Season 3: Here's What You Should Know

Fire Force Season 3: Here’s What You Should Know 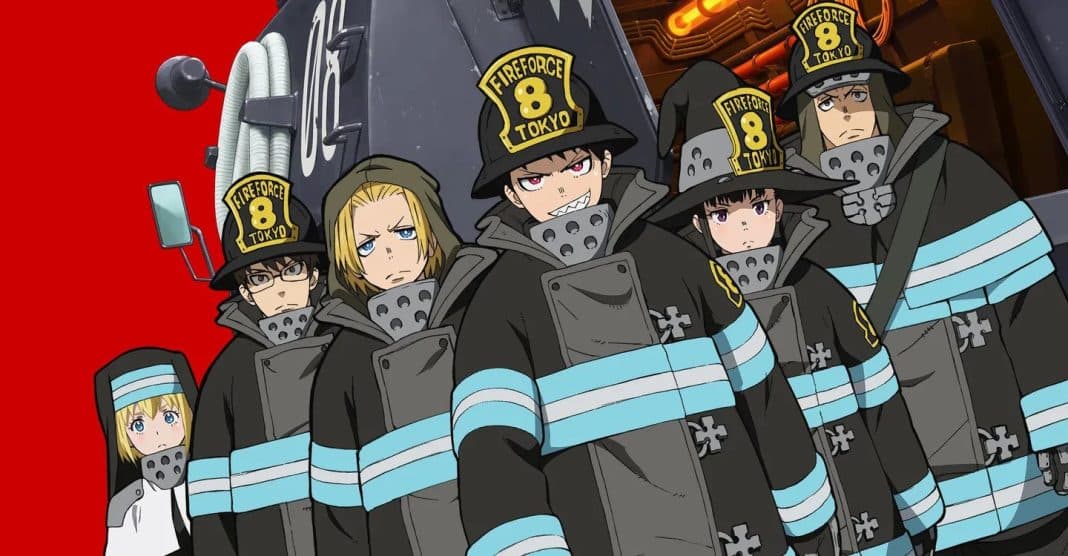 It is a good year for anime and manga fans. Last year was filled with anime tropes, isekai, restart, reborn, harem, and anime adaptations that failed to give justice to a great manga.

This year, Yoshihiro Togashi announced that he is ending the long hiatus of Hunter X Hunter. One Piece is entering a critical arc. A-1 Pictures will be handling the anime adaptation of Solo Leveling.

Finally, Kodansha has confirmed that Fire Force Season 3 is in the works. As you know, the manga series ended earlier this year, so the fans have been clamoring to see the anime return.

Fire Force Season 1 was released last July of 2019 and had a pretty successful run.

The fans were satisfied with how the anime stayed faithful to the narratives of the original manga series. We hate an animation agency that butchers a fan-favorite manga; i.e. The Promised Neverland.

But Okubo-sensei is an astounding storyteller who has mastered the concept of adding creepy elements and building exciting characters, and you can see those elements in the anime.

With the success of Season 1, it didn’t take too long before they released Fire Force Season 2. However, after Season 2, there has been no news about the renewal of the anime for a new season.

How Many Seasons of Fire Force are there?

Since it has been more than a year since the last season, let’s have a short review and recap of Fire Force Season 1 and 2. We’ll walk you through the series’ core components.

Season 1 gave us a hint of what the story is all about. It highlights Shinra’s promises to protect his family and become a hero. Sadly, Shinra’s family was killed due to a fire accident when he was young, making him unable to fulfill his promise.

Let’s be honest: the first time we heard that this would be a story about firefighters, we were a bit skeptical about how it would turn out.

Perhaps, what made the story intriguing is that it is set in a post-apocalyptic world, humans turning into Infernals after bursting into flames. Hopefully, we’ll get to see more of these in Fire Force Season 3.

Fire Force is created by Atsushi Okubo, the mangaka behind Soul Eater.

While the core elements differ, you will still see some similarities, especially in how the villains were developed. There are also noticeable resemblances between the heroes.

Concerning the violence level, some people will get beaten up pretty badly, but you won’t see a lot of blood.

There are gore images like a guy whose face was melted by a villain but still tolerable. People who transformed into Infernals are technically dead and cannot be considered human.

For some people, it may be difficult to stomach how the religious element is designed closely similar to reality. Sexualizing the nuns appears to be a fan service; it didn’t help the plot to progress.

Looking beyond the violence and sexual content, you will realize this anime has much to offer. There is a powerful family theme and how to protect the things or people you value.

The fight choreography and animation are impressive. The main character is flawed and immature, which adds to his charm. However, there will be significant character development in the Fire Force new season.

Season 2 Is an upgrade on almost all aspects, raising our expectations for the upcoming Fire Force Season 3.

David Productions has listened to the audience’s feedback, helping them fix their past errors. If you think that the pacing of the story of Season 1 is a bit slow, Season 2 shows a lot more consistency.

This season has a lot to do with the team finding the mystery of spontaneous human combustion. There is also an investigation happening on the other fire squads.

One fantastic thing about Season 2 is how each episode progresses without an information overload.

Like the first season, the animation of Season 2 is commendable. Fans also expect to see this level of animation or better in the Fire Force Season 3.

The excellent soundtrack has taken the series a notch higher, which helps in creating an incredible interaction between the audience and the anime.

A couple of characters are added to the series to support the story’s progress. The introduction of Joker’s backstory is perhaps one of the highlights of this season.

When is Fire Force Season 3 Coming Out?

Weekly Shonen Jump has not made an official announcement regarding a Fire Force Season 3 release date. There have been rumors and alleged leaks on social media, but they all remain unverified.

Nonetheless, confirmation is already a big deal to most of us. Let’s make a fearless prediction based on the number.

Considering how it took 7-8 months of pre-production for the first two seasons, fans initially expected the third season to be shown in the second quarter of this year.

However, the work schedule issue on David Production and the lack of news about it implies that we may not see the third season soon.

Moreover, the animation agency has been busy working on other popular titles such as Spriggan, Urusei Yatsura, Cells at Work, etc.

Hoping they prioritize this animation, we may anticipate a Fire Force Season 3 release date, from official sources, set around October 2022 to January 2023.

What To Expect on Fire Force Season 3?

Those who followed the manga series will probably be aware of what the new season is all about. It will most possibly cover volume 20 of the manga unless they decide to add a filler story.

The end of Season 2 highlighted the deeper conflict between Evangelist and Company 8. Shinra will continue to persevere on becoming stronger to deal with the bigger enemies of the series.

While waiting for more information about Fire Force Season 3, you might want to binge-read the manga or catch up on your missed episodes. Don’t forget to share your thoughts in the comment section.

Just like Monkey D. Luffy is to be the King of the Pirates, Roronoa Zoro has been destined for greatness since One Piece started. The...
Previous article
How Tall Is Camilo Madrigal?
Next article
20 Best Volleyball Anime and Spin-offs to Watch in 2022