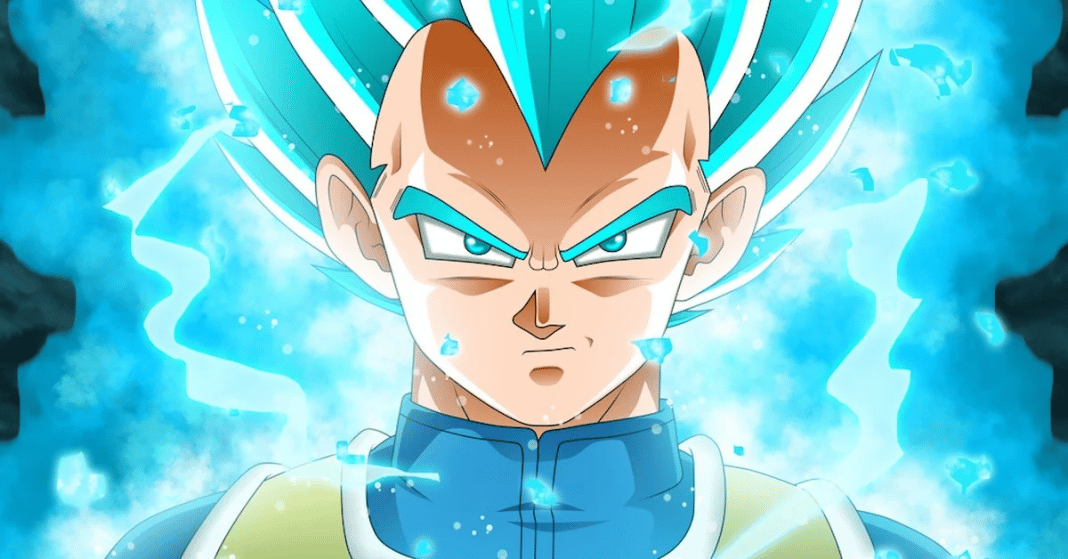 ESTJ personality traits resonate with people who are extroverted, observant, thinking, and judging. Such characters aren’t afraid to speak their mind and don’t care what others perceive of them.

They are also referred to as Executives. Vegeta (DBZ), Mello (Death Note), and Jean are ESTJ anime characters. Check out our list of top ESTJ characters in anime.

Endeavour is ranked number 2 in the Pro Hero list of Japan. Hellfire is his quirk and lets him manipulate flames. He has the highest tally of resolved cases.

When All Might retired and Endeavour earned his spot, he was furious as he couldn’t earn it on his merit. Even though as No. 1 he worked towards upholding peace but traces of his anguish and aggression still show up from time to time.

Vegeta is a Prince of the nearly-extinct Saiyan race. Vegeta was one of the main antagonists in Dragon Ball. He is short-tempered, self-centered, and hates weaknesses. Goku was his prime rival.

Later he was unable to defeat Goku or surpass him. So he admitted his superior strength and vowed to train until he became the strongest being in the universe. In Dragonball Z he even fought Freiza alongside Goku.

During the Majin Buu saga, he embraced his emotions and started trusting people and appreciating their efforts. He even expressed his affection for Trunks and how it feels to lose loved ones. Since then he dialed down his aggression and anger. Even his impulsive violence came to an end.

Sanemi is a wind hashira. He is stubborn, hot-blooded, and quick to lash out. He is eager for a fight and seeks out upper-rank demons to test his limits.

His rudeness and cold disposition sprout from all the losses he had to endure growing up. Tanjiro noticed this side of Sanemi and revealed that an emotional side existed deep within him.

Sanemi despises demons and didn’t accept Nezuko right away. He slashed his arm and offered himself as bait to prove Nezuko’s blood thirst.

Tatsumaki is the Rank 2 S-class hero. She possesses psychic powers and is also referred to as the Tornado. She is hot-headed, impatient, and extremely moody. She fought the Ancient King and defeated him very easily.

Tatsumaki is confident of her powers and doesn’t spend much time in pleasantries and steps up to finish off her foes right away. When City-A was attacked by Boros and other aliens she ignored Genos’s help and started the assault on the alien ship on her own.

She doesn’t like relying on others and wants to take on monsters and criminals on her own. She is one of the strongest female ESTJ anime characters.

Nami is confident and isn’t afraid to speak her mind. She can chart the rough seas like no other and has saved the crew’s life more than once. She never believed in myths and legends surrounding the sea, until she discovered Skypea.

Even though she doesn’t possess any devil fruit powers, she stood her ground and fought the marines at Ennie’s Lobby. She loves money and expensive gems and knows her way around men.

Temari is the sister of Gaara and hails from the sand village. When they visited the Hidden Leaf Village during the chunin exam she was blunt, introverted, and ruthless in her ambitions.

She would threaten her opponents and strive to beat them without remorse. But after facing Shikamaru she realized that the true potential of any individual doesn’t reside in their skills but in how they chose to use them.

Since then she became a close friend of Shikamaru and later the couple got married. Temari along with her brothers was a close ally of the Hidden Leaf Village and led huge factions during the Fourth Great Ninja war. She is one of the most responsible ESTJ characters in anime.

Buggy was a crewmember of the Gol D Rogers along with Shanks. After Rogers was captured he started sailing the seas with his own pirate crew the Buggy Pirates.

He is flamboyant, egoistic, and wants to be feared by everyone. He has Devil fruit powers and shortly led a crew of captured pirates to Marineford. His acquaintance with Shanks earned him a lot of respect among the prisoners which further inflated his ego.

He is one of the four emperors after Big Mom and Kaidou were defeated. Buggy is sensitive about his looks and is always searching for hidden treasures or maps that can lead to one. He doesn’t plan far ahead and improvises on the move.

Mello is one of the successors to L who were assigned to capture Kira. He has a high intellect but falls short when compared with Near. This is one of his insecurities, and he always strives to be better than Near.

When Mello and Near were assigned to finding Kira, Near sat behind a computer and started searching for clues and sought patterns in seclusion. But Mello had a different approach in mind and reached out to the Mafia to find clues.

Mello is great at strategizing but unlike Near he sometimes lets his emotions get the best of him.

Tenya is the class representative at U.A. High School and an aspiring Pro Hero. He is straightforward, disciplined, and quite intelligent. Even though he doesn’t strike a good first impression, he is very humble and responsible for his age.

He thinks in black and white and is rather quick to jump to conclusions. He dedicated his life to academics and picking up new skills.

Tenya is proud of his lineage and admires his older brother. When Stain severely injured his brother he avenged him and didn’t hesitate to break the Hero laws.

Jean joined the military for its perks and for a peaceful livelihood. He has a silver tongue and doesn’t hold back his thoughts. Jean won’t refrain from speaking his mind even if it sparks conflicts.

According to him fighting the Titans is a lost cause and believed humanity didn’t have any chance against them. He would mock Eren for his idealistic outlook and resort to violence if provoked.

Even though he seems selfish he values the lives of his allies and even puts his own on the line to slow down the female Titan. He is one of those ESTJ anime characters who resonate the most with their personality traits.

These are the best ESTJ anime characters around in all probability. Explore other anime personality types, and check out the following:

Although tomboys in anime have only recently developed a cult following, they have been ever-present. It’s hard to trace the first-ever anime tomboy, but...
Previous article
Top 20 Saucy & Sassy Black Female Anime Characters
Next article
30 Gay Anime For The Uninitiated [Explicit Content Alert]