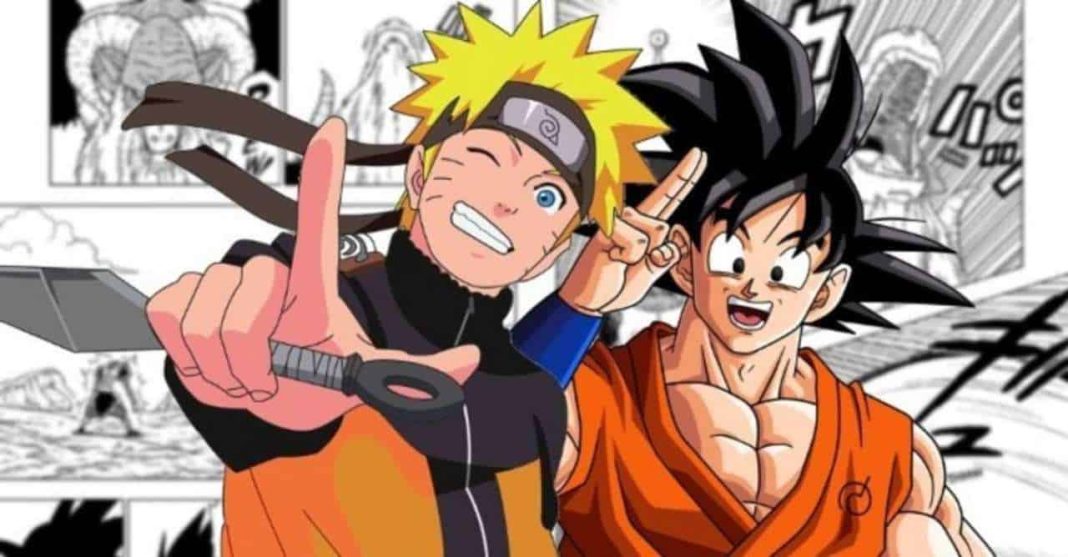 ESFJ is a personality trait for people who are “Extroverted, Observant, Feeling, and Judging“.

In this post, we have listed some of our favorite ESFJ anime characters. These characters are ranked depending on how much they are liked in their circle and how strongly they believe in their goals.

This list contains both protagonists and antagonists who share this trait. Read on and find out whether your favorite anime character makes the cut.

Before we get started check out this YouTube video of anime characters who share similar anime personality types.

They are definitely ESFJ, but we did some more digging and created our own list to rank such anime characters.

Kurogiri, a.k.a Black Fog is a B-rank villain. By using the corpse of Oboro Shirakumo Doctor Kyudai Garaki created him to protect & help Tomura Shigaraki under All For One’s command.

Kurogi is level-headed and balances the team out pretty well. His portal creation capabilities helped the League to survive for this long. Arguably he might be more important to the League than Tomura.

Koenma is the ruler of the spirit world and is tasked with preventing demons from seeping into the human world. Despite his rank, he helps the young spirit detective Yusuke Urumeshi.

His subordinates love him and he makes sure to be by their side. During the demon tournament, Koenma went in disguise to see team Tuguro fight Yusuke’s team. A considerable risk that eventually got him into a lot of trouble.

Hinata is Takemichi Hanagaki’s girlfriend. And she was the reason why he wanted to change the past. She is a pure optimist and is devoted to making others around her feel better.

People feel comfortable around her. However, she always stands by her beliefs and principles no matter what.

Pouf is a Chimera butterfly and was one of the three Royal Guards whose duty was to protect the King Chimera.  He was overprotective of the King and could go to extreme lengths to get his attention.

When the King took interest in the blind girl, Pouf got jealous of her and tried to kill her. He was afraid his actions might lead to his death, but he didn’t want the King to lose to anyone from the human race.

He felt she was one of the weak links that could lead to the King’s downfall and was rightfully so.

Usopp is one of the straw hat pirates who doesn’t possess any devil fruit powers. Even though he isn’t as strong as Zorro or skilled as Sanji and Chopper, he is the glue that holds the straw hats together.

All the crew members love him and he has helped the pirate crew through some really sticky situations.

When Usopp left the crew in Water 7, every crew member was devastated and tried their best to convince Usop to join back. He is definitely one of the most loyal ESFJ anime characters.

The Dwarf in the flask came into existence when the blood of a slave was used for an experiment that created a strange shapeless being who was immortal. By asking repeated questions and using his playful demeanor the Dwarf duped Hohenheim into creating him a body.

But while he was in his glass prison, he provided companionship to Elric and also helped his troubled self by resolving his queries.

All incidents in Death Note were in some way Ryuk’s doing. Out of sheer boredom, he drops a Death Note in the human world so that he can enjoy how the receiver uses it and what transpires.

When Light Yagami picks it up and uses it to cleanse the world of evil, Ryuk follows him through the whole process and explains carefully the powers and repercussions that follow. He even imparts essential advice as to what might happen if a person’s name is written on the Death Note.

He might not be the most righteous ESFJ anime character but given the fact the outcomes were meaningless to him, he still provides honest opinion and explains between-the-line details to Light.

Chopper is a fur ball. He is a reindeer who possesses devil fruit power. This allows him to interact with other humans and animals. He is the ship’s doctor and has helped the whole crew with their injuries.

Also, he doesn’t have any ego and goes along with everyone. That’s why no one has any grudge against him. He even put his life on the line to save the crew in Enies Lobby. He is one of the most adorable ESFJ anime characters.

Ash is a Pokemon trainer who someday wants to be a Pokemon master. Pikachu is his best friend, but while getting started even he gave Ash a hard time.

But still, he endured his lightning attacks and showed how much he cared for his Pokemon.

He also cares for other fellow Pokemon trainers and puts effort to help them out when they need him the most. He is an optimistic individual and looks at every hurdle as a challenge and faces it head-on.

Leorio wants to be a Hunter only for the money that comes with it. He isn’t bothered about all the other perks that come along with it. With the money, he wants to study medicine and become a doctor.

He wants to treat the less privileged and wants to ensure no one dies due to a lack of money when he’s around. He also cares for his friends and during the Hunter exam, he was also about to step into a fight to save Gon knowing he won’t be able to do much to help him.

All For One is the founder and the mastermind behind the League of Villains. He has a code that he adheres to while treating his henchmen. He believes in results and attempts to weed out failure by harsh punishments.

This is how he attracts individuals who want to get rid of their imperfections. All For One is patient, understanding, and soft-spoken. He forgave Shigaraki’s failures and even traded his freedom so that his allies and pupils could escape from All Might.

My man Gon is a Hunter. He isn’t that strong but knows that to be a world-renowned hunter and match his father’s legacy, he has to get stronger. That’s why even in the face of atrocities he never backs down.

Such a strong commitment to his dream doesn’t make him selfish. He cares a lot about his friends, for example, Killua, Leorio, and Kurapika. He urges each of them to strive for their own dreams and never give up no matter what.

By the way, Gon has the best power-up moment.

If you are a DBZ fan, Goku won’t require any introduction. He is the Saiyan who protected the earth from numerous attacks. He is light-hearted, and juvenile but very serious about fighting.

All his friends swear by him. Vegeta, who was once one of his arch enemies gradually starts liking him and draws inspiration from him when he transcends and becomes a Super Saiyan. Gohan is hands down the strongest ESFJ anime character on our list.

Luffy is the leader of the Strawhat Pirates. Thanks to the power of the gum gum devil fruit he can stretch like rubber. This along with his strong will has let him best opponents like Crocodile and the Marines at the Ennie’s Lobby.

I can go on and on about his achievements, but the bottom line is he doesn’t let his capabilities get to his brain. He cares about his mates and takes their anger and criticism towards him, to the chin. Sometimes literally.

Naruto is a Shinobi of the Hidden Leaf village who one day wants to be the Hokage. He might be silly sometimes but nothing comes between his dreams. He is a righteous individual and cares a lot about his friends and villagers.

As an orphan and a Jhinchuriki, he was ridiculed by the villagers while growing up. But when he grew up and learned how to control his power he put his life on the line to save the village.

He cares for his friends too, especially Sasuke who left their village and joined Orochimaru to seek vendetta. But neglecting all odds Naruto always vouched for Sasuke and brought him back from Orochimaru’s devious clutches.

That’s why he earned the top rank in our list of ESFJ anime characters.

Did your favorite anime make it on the list? If you feel any other character deserves a mention in our list or if you want us to rank other anime personality types, let us know.