Anime15 Most Famous ENFP Anime Characters You Should Know About!

15 Most Famous ENFP Anime Characters You Should Know About! 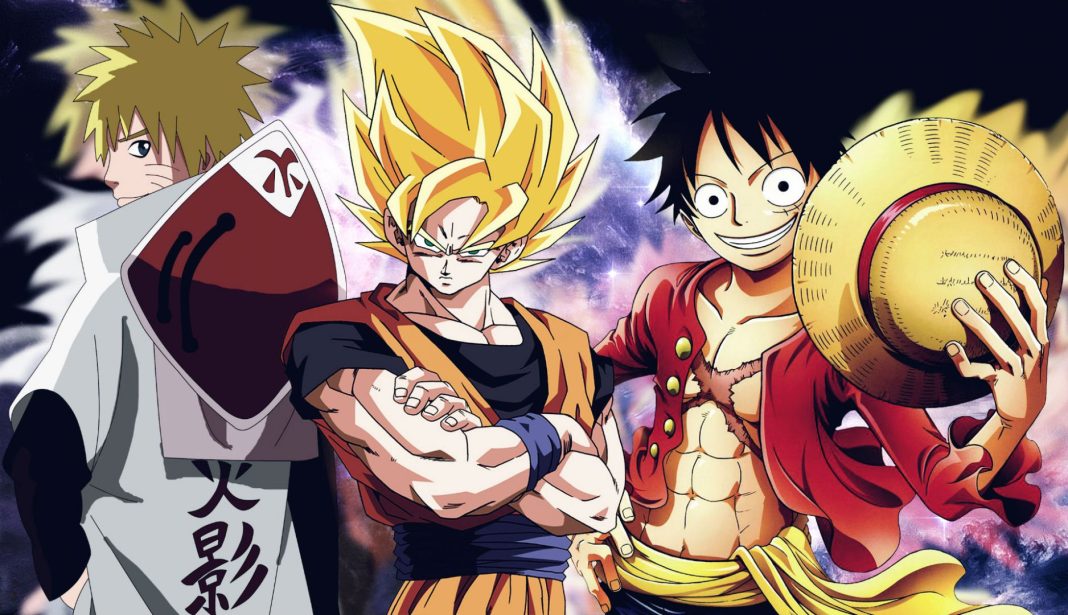 Among many other personality types, ENFP anime characters are Extraverted, Intuitive, Feeling, and Prospecting. These characteristics are essential to anime and often serve as defining traits for the protagonists.

Additionally, ENFPs are renowned for their remarkable social abilities and care deeply and enthusiastically for others around them.

People with the ENFP personality have a strong capacity for empathy and possess the qualities of a great leader, such as energy, originality, and charm.

Aang is a child Air Nomad and a central character in the Avatar series which has been in theaters since 2010. Over time, Aang developed into a cheerful, carefree, and courageous young man and mastered the art of Air bending.

He was unwilling to battle as a young man and had a strong reverence for life and freedom. As an  ENFP, Aang is the chosen one because of his ability to bring harmony to the world through his life skills and inspire others to follow his lead.

With his guidance, Sokka went from bumbling buffoon to strategic warrior, while Katara went from a water-bending newbie to a full-fledged water-bending master. Aang inspires the best in everyone around him and has a blast doing it.

Nejire Hado is one of the most powerful and cutest MHA characters and is also a member of The Big 3, the most promising student in the academy.

She is also believed to be the top female student at her school thanks to her endless energy and childlike curiosity. She seems intrigued and energized by conversations with new people.

Moreover, Nejire is sensitive to the needs of others but does not intrude on their space. After all, she is an ENFP character you would love to follow!

If you’ve watched Naruto already, you may know Jiraiya is one of Naruto’s sensei who taught him the most powerful Jutsu, Rasengan! He also trained the Fourth Hokage, Minato, and Pain, the strongest Antagonist of the series.

Not only that but Jiraiya is known as one of the legendary Sannin (highest-ranked Ninja) who survived the fearful encounter with Hanzo in the Second Shinobi World War.

Jiraiya is similar to many ENFP personalities due to his playful nature, gentle spirit, and wandering lifestyle. Although Jiraiya is known as a pervert, he never gets involved in any disgraceful activity that makes him lose his face as a respectful Shinobi.

Ochako Uraraka is another ENFP anime character from the MHA series who has the quirk to manipulate gravity. She is known for being a cheerful bimbo who has a crush on Midoriya, the MC of the MHA series.

As an ENFP personality, Ochaco has a bright and upbeat demeanor, but her actions and reactions are typically a result of her emotions, making her seem overdramatic and hilarious.

She is so forthright with people that when asked about her motivation for becoming a hero, she told Deku that she wanted to be rich. How can someone be that much honest?!

Reki Kyan, or simply Reki, is a popular name for one of the major protagonists in the anime series Sk8 The Infinity.

Sk8 is a fantastic animation in its own right. But because of brilliant central performances from people like Reki, the show stands out from the pack of standard anime.

Reki is the type of person who has always taken pleasure in skating. There have been times when he has felt low and unsure of how to handle his gloomy circumstances. What makes Reki an ENFP character is that he never gives up and keeps a positive outlook on life.

Julius Novachrono is the most powerful magician in the Clover Kingdom who can even control time with his magic spell, Chrono Anastasis.

He is regarded as one of the show’s most likable leads. In addition to being the ruler of the Clover Kingdom, he is also the 28th Magic Emperor of the Order of Magic Knights

As a team captain, he has also gained widespread recognition and is an excellent leader for it. Because he’s an ENFP, his leadership and wit always shine out.

Being a villain can not stop you from being an ENFP character. Like Twice, who played an antagonist role but still possesses many ENFP characteristics.

Twice has multiple personalities and this peculiarity enables him to split himself in ways that entail his own individual characteristics. That’s why there’s a part of him that fits well into the ENFP category.

Also, Twice is not only modest and sympathetic but also an upbeat and enthused character in the series.

Narumi Momose is one of the main characters of the series and is voiced by Arisa Date. Because of her empathetic nature, she is able to connect with people from all walks of life and share their experiences.

As an ENFP, you can count on her to recall details about your life, such as your birthday, how your day went, and other personal information.

But if you make fun of Narumi’s hobbies, she won’t hold back and she’s pretty opinionated as well.

Most MHA characters appear to be ENFPs, such as Himiko Toga, who exhibits many of the characteristics of this personality type.

Outwardly, the character exhibits ENFP qualities such as sociopathic tendencies, cheerful demeanor, and overly romantic assumptions, which are typical of the ENFP personality type.

However, as an antagonist in the series, Toga played a very dreadful and unfathomable role; was tasked to kill Midoriya but instead fell for him! That’s the twisted and unstable personality Toga has that made her a teenage villain unlike any other.

Obito, from the anime series Naruto Shippuden, is an example of a complicated protagonist. He’s a kind and a soft-hearted villain who always fought for his love and spent his life in the shadows.

When his pessimistic instincts take hold, he may become short-tempered and combative. However, as an ENFP, his stern demeanor belies a genuinely caring attitude toward everyone around him.

For one, on the verge of death, when Obito was crushed by a large boulder, he offered his Sharingan eye to his teammate Kakashi, which made Kakashi a formidable shinobi, renowned as “Kakashi, The Copy Ninja” throughout the Ninja world.

A Celestial Spirit Magician on team Natsu, Lucy Heartfilia is the epitome of an ENFP; she is friendly and gregarious, and her compassionate nature sets her apart.

Despite the toll it takes on her, she always finds the strength to get back up and go on to the next exciting experience. Not only that but she also writes about her sailing journey in a diary and aspires to draw a sea map that no one has ever drawn before!

In the anime series My Dress-Up Darling, Marin Kitagawa is a viral female character and one of the most iconic characters of 2022. She is a big fan of magic anime and often cosplays herself as a witch.

Aside from her obvious beauty, she also captivates with her charisma, modesty, spirit, and intensity. Marin also holds strong personal values and does not appreciate people who judge other people based on their interests.

With such admirable qualities, Marin is also followed as a waifu character among anime fans.

Forging new ground in the early days of the anime industry, Son Goku is an important figure known worldwide.

Early in the series, Goku was sent to Earth from Planet Vegeta to escape from death during the destruction of their planet at the hands of Frieza.

As a young Saiyan, Goku was trained to kill every sentient being on Earth despite being extremely frightened of them. However, a childhood brain injury changes Goku’s memories, erasing his destructive tendencies and paving the way for him to evolve into one of Earth’s greatest guardians.

It’s no surprise that Naruto is ranked second on our list of ENFP characters because, without a doubt, Naruto is the most idealistic anime character of all time!

He treats everyone, even his opponents, with kindness and respect. And one of his admiring abilities is to feel what other people are going through. He is a hard worker and a dreamer who never stops pushing himself to improve.

So, in a nutshell, as an ENFP, Naruto is curious but naïve, quick to act on impulse, and a highly creative Shinobi who always come up with new tactics when engaging in a battle with a formidable opponent (like turning into a shadow shuriken during a fight with Zabuza).

Monkey D. Luffy, from One Piece, is the funny, dimwitted, and oblivious MC of perhaps one of the greatest anime series of all time. And he’s ranked top of our ENFP list.

His clown-type personality makes him the most empty-headed yet powerful captain of Straw Hat Pirates in the series. He dreams to achieve the legendary treasure rumored to have been left behind by the previous pirate king, Gol D. Roger.

Moreover, despite being a numbskull captain, Luffy is fearless and attacked the Navy and even the World Government headquarters in order to save his one crew member, Nico Robin.

These 15 characters are our top picks as they are the most well-known ENFPs of the time. If you have more in your mind, let us know in the comments.

Also, don’t forget to check out the Top 10 Most-Hyped Virgo Anime Characters you want to know about!

Extroverted, Intuitive, Thinking, and Prospecting. These are the traits of an ENTP person. We skimmed through the ENTP anime characters' personality database and ranked...
Previous article
Naruto Uzumaki: A Sneak Peak Into The Life of Hokage
Next article
25 Harem Anime Strictly For Adults Only