AnimeDoes Crunchyroll Have Dub Or Sub?

Does Crunchyroll Have Dub Or Sub? 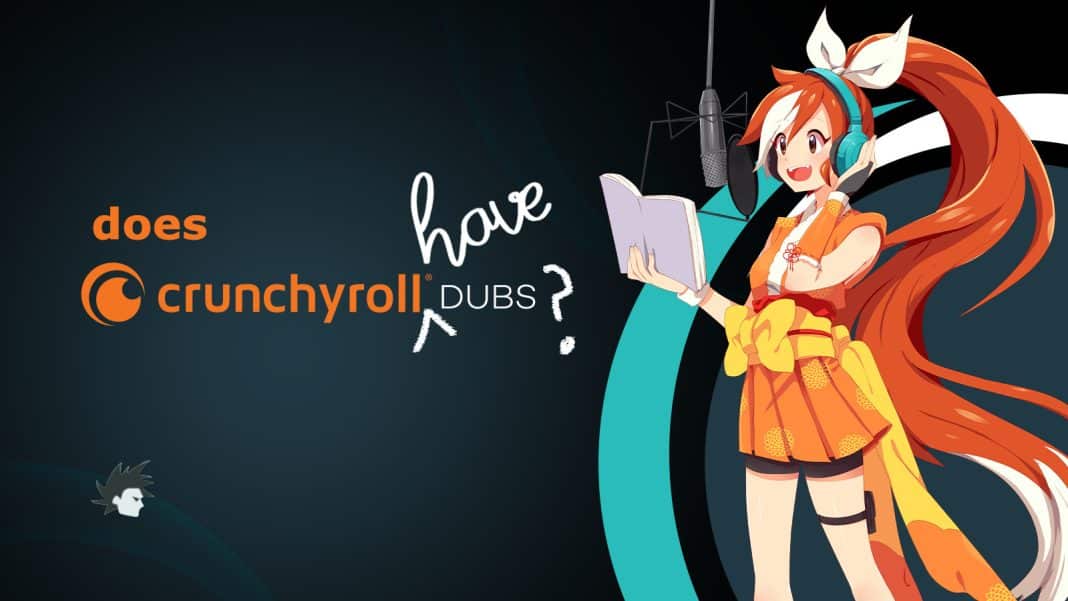 Starting way back in 2006, Crunchyroll has since come a long way. In the beginning, the majority of content on here was fan-uploaded, so Crunchyroll the beginning was shaky and illegal too.

But, everything changed after Crunchyroll went legal in 2010. They started releasing DVDs of various anime titles under their banner and moved into the digital manga game.

Now they hold the biggest collection of Asian animes, doramas, and some manga too, hosting over 1000 titles for 120 million free viewers of 200+ countries.

Did You Know: Crunchyroll crossed 5 million paid subscribers in August 2021.

Now, to the matter at hand. Does Crunchyroll have dub anime?

Yes, it does. Crunchyroll has dubbed 200+ anime series that are now available to viewers in languages like English, French, Portuguese, Spanish, Russian, and German. Competition like Funimation is still to reach this variety.

But, there is a trick to dubbed Crunchyroll content. The dubs are listed separately for each language. Let’s take a closer look at what this means and how you can watch a dub on Crunchyroll in your language?

How To Watch Dub On Crunchyroll?

Crunchyroll offers two options to its viewers. Either watch Crunchyroll dubbed anime or watch it in the original language with subtitles.

Ardent fans always prefer subs over dubs, but not everyone likes to spend their time looking at the subs instead of the anime action.

When Crunchyroll dubs an anime series in a different language, they list the dubbed version separately from the original version. Take a look at the image below:

Demon Slayer: Kimetsu no Yaiba right now is the most popular Japanese anime all over the world. It has French, Russian, Portuguese, Spanish, and English dub on Crunchyroll.

Now, all you have to do is click on the language dub you want to watch this series in.

There are always subtitles available, whether you watch a dubbed version or the original version.

Are These Crunchyroll Dubs Free?

Even though Crunchyroll offers three different plans to its users, the majority of the content is available for free. Each plan has its own perks and a bigger price tag. If you can deal with ads, you can watch all the content for free with a simple sign-up.

Crunchyroll now has three different plans on offer. There’s FAN, MEGA FAN (1-month), and MEGA FAN (12-month). All these plans have a 14-day free trial, so you can test the waters before jumping in.

How To Find Crunchyroll English Dubs?

One thing that Crunchyroll needs to improve on is the user interface. It’s not the easiest platform to use.

By that, we mean that it’s very difficult to find Crunchyroll English dubs. Your best bet is CR’s English Dubbed Anime forum. It’s a public forum run by a single moderator who regularly enlists the latest Crunchyroll dubs.

There are other ways too, but they aren’t as efficient.

Use The Search Bar

If you type in English Dub and hit search, it will show you every single thing on Crunchyroll with the English or Dub tag.

That includes series, manga, characters, and games too. So, it does bring out the Crunchyroll dubs but leaves you with a cluster of options that you will have to filter yourself.

Sometimes, an anime series won’t appear in the search due to a missing English Dub tag or any other reason. To overcome that, you’ll have to go and manually check the main page of that series. Here’s one example to make it a bit more clear.

Here is a screenshot from the main page of Demon Slayer: Kimetsu no Yaiba. You can see there is no tag or mention of Crunchyroll dub in the main title, yet the series has been dubbed in 5 different languages.

The point is, it might take some time to find it, but you can find almost any anime dub on Crunchyroll.

How To Change Crunchyroll To English?

The language is set up automatically by detecting your region, but you can always change it to your desired language. Here’s how to change Crunchyroll to English or any other language:

The page will then reload in your selected language.

Note: No matter what language you set, the digital manga collection is only available in English.

We hope this clears up all confusion about how to watch dubbed anime on Crunchyroll. Although recently the quantity of Crunchyroll English dubs has gotten lower, they still provide the best quality dubs for the popular anime.

Considering the improvements already made, we wouldn’t be surprised to see an overhaul of the Crunchyroll dub. The Crunchyroll subs are always on point and available in every major language- there are subs for Arabic too. So, we feel the future of anime dubs rests with Crunchyroll.

Feel free to ask any more questions you have. You can also check out the official Crunchyroll forum or join the subreddit for relevant information, updates, and discussions.

Q. Does Crunchyroll have dubbed anime in French?

Yes. Crunchyroll has dubbed anime in French, English, Spanish, German, and Portuguese language. Moreover, you can change Crunchyroll’s website to French or choose French subs for the anime series you are watching.

Q. How do I switch from dub to sub on Crunchyroll?

Crunchyroll dubs and subs are two different things and they are listed separately from one another. If a series has subs as well as dubs, both of these will have separate sections.

So, if you want to watch a series with subtitles, watch from the subs section. To watch anime with dub on Crunchyroll, go to the dub section.

Yes and no. A lot of the content on Crunchyroll is free to view, but there are three plans on offer that provide extra services, including multiple screens, ad-free streaming, and offline viewing.

Q. Does Crunchyroll have a mobile app?

Yes, Crunchyroll does have a mobile app for both Android and iOS devices. It has all the content available to the website audience. However, to keep it free, Crunchyroll had no choice but to fill it with ads. All in all, it’s a pretty decent app- but it could be so much better.

Just like Monkey D. Luffy is to be the King of the Pirates, Roronoa Zoro has been destined for greatness since One Piece started. The...
Previous article
15 Most Popular Manga Of All Time (Best selling)
Next article
30 Best Mature Anime To Watch With Your Doors Locked!