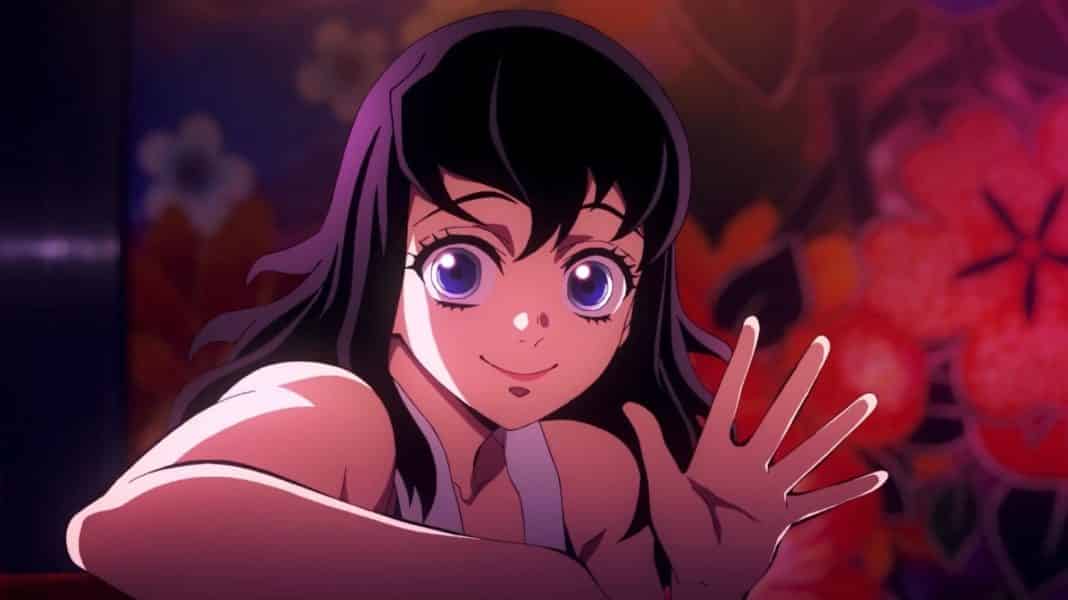 Suma is a supporting character in Demon Slayer: Kimetsu no Yaiba and a wife of a very powerful Sound Hashira, Tengen Uzui. Among Hashiras, Tengen stands out for his towering stature and impressive physique.

On the other hand, his youngest wife, Suma, is a short-height young girl who is a kunoichi and appeared in season 2 as one of Tengen’s wives. With other wives, Suma also participated in the fight against the Upper-Rank Six demon, Gyutaro, in Yoshiwara, Tokyo.

The reason for having all the kunoichi wives (female ninjas) is because Tengen Uzui is descended from a long line of Ninjas who hated his Shinobi ancestors for encouraging blood feuds between their children.

Skills: Does Suma Have Combat Skills?

Suma is not gifted with any extraordinary skills. Still, as a kunoichi, Suma has acquired some shinobi abilities such as using kunai for short and long-range combat, having a flexible body with ultimate ninja moves, and fighting more efficiently like a well-trained assassin.

However, she doesn’t take any risks because of an extreme aversion to danger. She tells Inosuke she can help him take on Obi but then clarifies that she isn’t a fighter. Therefore, Maiko tells her to quit being modest and stop brooding about the past.

Personality: Is Suma A Mature One?

Because of how her feelings are exaggerated, Suma is often compared to Zenitsu Agasuma. In the narrative, she is depicted as a nervous character.

Suma suffered a nervous breakdown after admitting she was the first woman seized by the Obi during their battle in the cave. For some reason, while Makio feels frustrated by Suma’s pessimism in this situation, Obi finds it delightful.

And when it comes to feelings, Suma is just as delicate. Suma, Makio, and Tengen all embrace and cry when Tengen finally meets the wives after the Obi mission.

How many Wives Does Tengen Uzui have?

After marriage, Uzui abandoned his clan as he never liked his fatherhood and took Suma and the others with him to teach them the basics of the shinobi lifestyle.

Besides being homemakers, they were Tengen’s assistants who helped Hashira gather information or perform low-level tasks. While his wives were out on these missions, he kept in touch with them through letters and quickly intervened to help them if things got heated.

Relationship: The Bond Between Suma, Makio, and Hinatsuru

Suma has a sibling-like connection with Makio, who is always irritated by her co-reckless wife’s actions and her overall lack of weariness under challenging situations.

At the group’s reunion following Obi’s assignment, she scolds Suma for making hasty conclusions regarding Hinatsuru’s death. Even though they fight a lot, these three wives are very caring to each other and very loyal to their husband, Tengen Uzui.

Things You Need to Know About Suma

Just like Monkey D. Luffy is to be the King of the Pirates, Roronoa Zoro has been destined for greatness since One Piece started. The...
Previous article
Persona 5 Royal: Sojiro Sakura Confidant Ranking Guide
Next article
Encanto Family Tree: Complete Genealogy of Encanto Characters