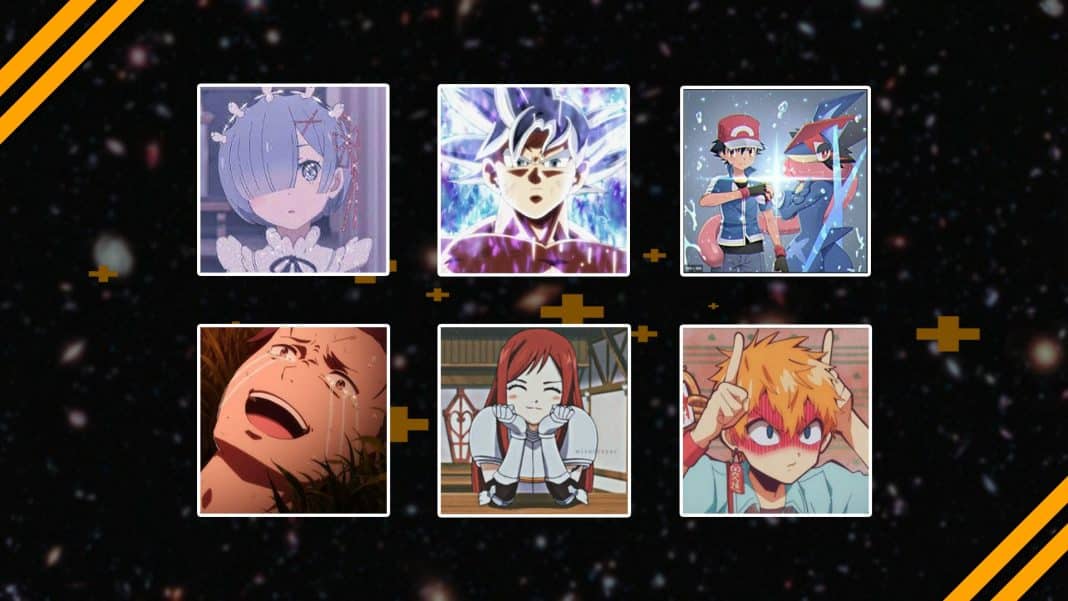 And we’ve added in some extra cool anime boy PFPs for a more niche group of anime lovers.

Hope you find your next anime PFP right here!

Probably the most pop anime right now, Demon Slayer is as cool as it gets. Great anime. Even better manga by Koyoharu Gotouge.

We are waiting for Season 3 – The Swordsmith Village arc. It’s officially confirmed for release even though there’s no release date stated so far. But 2023 looks pretty likely.

Meantime, we’ve also come up with a compilation of the best female demon slayer characters!

Easily one of the best animes released in 2022, Attack on Titan Season 3 is utterly cool in almost every frame.

We’re still getting over Eren’s Founding Titan, the epic proportions of it and Hajime Isayama’s mastery in creating it.

Another highly stylized anime, MHA is right up there and it’s been there for some time now. And it’s a repository of cool anime PFPs!

We are looking forward to Kohei Horikoshi’s 6th season officially scheduled for late 2022 just as you are!

We’ve also ranked My Hero Academia Characters based on popularity and sheer abilities. Worth a proper read.

Saitama’s 2nd season was a bore, not even close to season 1. Just why fans like us want a lot more in Season 3.

No one officially knows when that’s gonna happen, but it has to.

No one likes the news. We want more Luffy. But Eiichiro Oda has possibly confirmed that the final saga has already begun with 1054.

But this is one legendary anime, worth a binge-watch at least once a year for any anime fan. Here’s a list of One Piece fillers to help you sort and watch.

That’s all for this collection of cool anime PFPs. Make sure to check our other curated anime PFPs too!

Extroverted, Intuitive, Thinking, and Prospecting. These are the traits of an ENTP person. We skimmed through the ENTP anime characters' personality database and ranked...
Previous article
My Hero Academia Characters- Teachers, Heroes, Villains (Ranked)
Next article
All Tokyo Revengers Characters: Anime & Manga