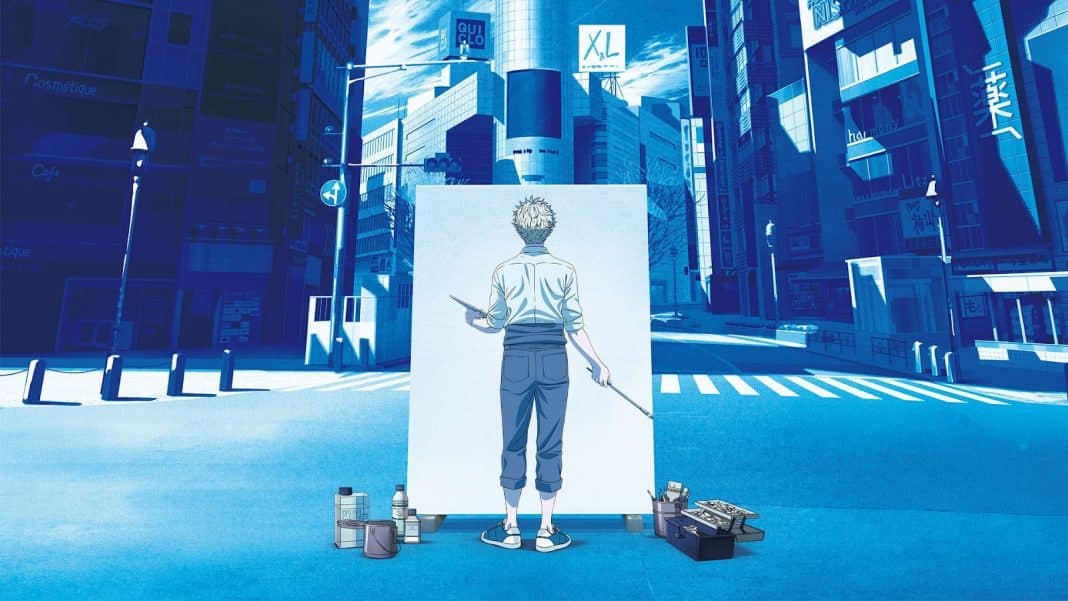 Blue Period, based on the Taisho Grand Prize–winning manga by Tsubasa Yamaguchi is an incredibly artistic anime for anyone interested in art and is fond of colorful paintings.

The title of this art-centric manga series refers to the time of Pablo Picasso (1901–1904) when he created several monochrome paintings in various shades of blue and blue-green. The writer named the anime after the Spanish painter Pablo Picasso and his mesmerizing artworks in the “Blue Period.”

As an anime, it comes with 12 episodes and one season, but the story doesn’t end here, and more seasons are expected to be released soon.

Furthermore, the anime is not about Pablo Picasso but follows the story of a young man named Yatora Yaguchi, who is bored with his bland life and desires to pursue his undiscovered ambition.

Today, we will dive into the lives of the 10 amazing characters of the Blue Period and how excited they were about their artistic world!

Mayu Ooba is a teacher at the Tokyo Art Institute cram school, where she prepared Yatora Yaguchi and other students to clear the entrance examinations.

Ooba loves her students and her profession greatly, yet she is also incredibly eccentric, freewheeling, and wise. Under pressure, she tends to ramble on about animals without much context.

She is really tall and can easily clear the top of the door frame. She has skinny, tiny eyes and short, black hair. She also enjoys wearing aprons.

Kinemi Miki is a female fellow student of Yatora Yaguchi at Geidai University. She is a young, tall, and powerful woman who developed her physique by playing volleyball at an early age.

Kinemi is an energetic girl who seeks to meet others’ expectations while not bothering them. Since Kinemi and Yatora are both enrolled in the same oil painting class at Geidai, they see each other frequently and often engage in friendly conversation.

Most of her classmates and professors don’t know much about her, and she continues to confound them with her out-of-the-ordinary interests and perspectives.

Her diligence and hard work ethic are two of the few characteristics that shine through; she worked for three years to pay her college and entrance exam fee.

Maru Mori is the head of the Art Club and a senior in her high school. Maru is short and weak in sports but has a huge heart for the arts.

She hopes to enroll in the Painting Department at the Tokyo National University of Fine Arts. In the Blue Period Episode 1, Maru paints an image on a massive canvas, which subsequently serves as the trigger for Yatora’s discovery of the art world.

Utashima is a friend of Yatora’s and a minor character in the anime Blue Period. Utashima is a relaxed, laid-back guy who appreciates this quality in himself.

He is easily swayed by pretty faces, as he readily agrees to let Ryuji Ayukawa have a private conversation with Yatora Yaguchi.

Yatora says that Utashima’s appearance is enticing to newcomers but dishearteningly unappealing to those who already know him.

Another common sentiment is that if Utashima kept his lips quiet, he would be even more appealing.

Maki Kuwana is an admiring young lady who attends the same art cram school as Yatora but has deep artistic ancestry.

As Maki’s dad and sister attended Tokyo National University of the Fine Arts, and both graduated at the top of their classes, she is under intense pressure to perform at the same level.

Maki is lively, but she has a deep-seated sense of inadequacy compared to her older sister, which causes her to be too sensitive and lack confidence.

Yotasuke Takahashi, better known as Sekai-Kun, is a teenage genius that Yatora encounters at the art cram school. They are the same age, but Yotasuke’s artistic talent and skill are in a different league. However, he has trouble expressing himself and is generally reticent.

Like Yatora, he also wishes to study oil painting at the Tokyo University of Arts to become an expert in oil painting.

Haruka Hashida, a student at Tama Art University, is a friend of the main character, Yatora Yaguchi. The two become quick friends since he is sociable and can communicate with Yatora in his native Kansai accent.

Haruka is obsessed with art and spends much time in museums. He has collected an incredible amount of art knowledge but has been labeled “weird” by his classmates.

Despite his fondness for mocking his classmates, Haruka enjoys spending time with them and is typically a nice person.

Ryuki Aykawa is Yatora’s classmate who invited him to join the art club of the school. When they first meet as freshmen, Yatra finds Yuka to be strange. However, after joining the same art club, Yatora and Yuka quickly became close friends.

Ryuki Aykawa is bold and confident, although she has many hidden fears. When Yuka acts in a cute and flamboyant way, she attracts much attention and is known by the nickname, Yuka-chan.

Yatora Yaguchi is the Blue Period’s protagonist and appears as a character in the manga adaptation. He is a second-year high school student with a very sloppy attitude but excellent academic records.

He experiences an awakening after seeing art that leaves him speechless and triggers him to study oil painting at the most competitive university, Tokyo University of Arts (TUA).

The Resilient mindset of Yatora makes him overly critical of his efforts. Like, he has high expectations for himself but is always underrating his work and comparing it to others.

But when he compares himself to those around him, he respects and appreciates the art they create!

Just like Monkey D. Luffy is to be the King of the Pirates, Roronoa Zoro has been destined for greatness since One Piece started. The...
Previous article
All Naruto Hand Signs & Seals: Meanings & How-To Guide
Next article
Top 10 Most-Hyped Virgo Anime Characters (Male & Female)