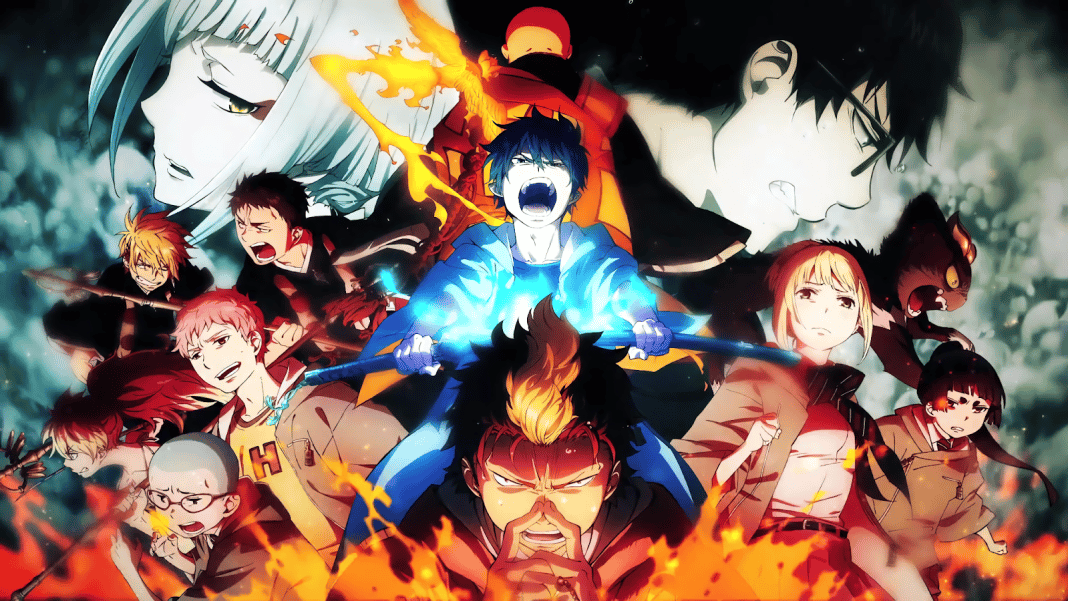 Blue Exorcist, originally written and illustrated by Kazue Kato, is a Japanese manga series adapted into a 25-episode anime in 2011 by A-1 Pictures.

After a 7-year gap, the 2nd season of Blue Exorcist was released in 2017 with 12 episodes. And since then, fans have been on the lookout for the Blue Exorcist Season 3.

Blue Exorcist is a dark fantasy anime that features sword actions and demonic characters but it didn’t gain much popularity among anime fans. Further, in comparison to season 01, season 02 was really poor, in all aspects.

So, in this blog, we will discuss whether season 03 is even a possibility, and if it is, what story will it follow!

Is Blue Exorcist A Good Anime or A Better Manga?

Blue Exorcist features mysterious phenomena, excellent sword actions, and demonic characters. The protagonist, Rin Okumura is an ordinary teenager, living a normal life until one day he discovers his ability to see demons and finds himself the next vessel of Satan.

To conquer the Assiah, Satan must appear in the human world and possession is the only way to get from one world to the other. Therefore, he sends his son to the human world who will eventually become Satan’s vessel in the coming future.

Pretty dark and ominous, just why I loved the manga too.

Season 2 was a dismal failure, with less than 20% of the revenues of Season 1. So overall, we can conclude that Blue Exorcist was a letdown and did not bring in much money for its creators.

Will There Be Blue Exorcist Season 3?

The success of the previous season of an anime is what determines if an anime will be continued for another season! However, as mentioned above, Blue Exorcist anime had a lot of hype going for it and for fans like us who just something close to season 1 at the very least, it shouldn’t be that hard to come up with a Blue Exorcist season 3.

But still, following the release of Season 2, two OVA episodes were released in 2017. So even though we haven’t heard anything about a third season yet, the way the second one wrapped up gives us a reason to be optimistic.

In addition, there is no set deadline! So an announcement for season 03 might come as soon as this year or January 2023. This is not an official announcement, but it is what we can expect.

Blue Exorcist is a popular fictitious anime series with 2 seasons while the Blue Exorcist manga comes up with 27 volumes in all. Further, the manga is still being released in 2022. (Big reason why we can expect a season 3!)

If all the manga volumes are taken into account,  season 1 of the Blue Exorcist anime adapted from volumes 1–4, and Season 2 covered volumes 5–8 so far.

So eventually, season 3 of The Blue Exorcist will adapt the manga’s 9th volume and will most likely end with volume 13. There is even the possibility of season 4 as there are enough manga volumes left to cover.

Is There Any Hope For Season 03 of Blue Exorcist?

With all of the information about prior seasons of Blue Exorcist, you can say that there is quite some chance for season 03 to be animated by any studio.

However, you can read the manga series from volume 9 to volume 17 if you are interested in learning how the story ends.

You can also choose your next anime to binge from our Top-Ranked Crunchyroll Anime Series or the 40 Best Anime on Hulu Right Now!

Just like Monkey D. Luffy is to be the King of the Pirates, Roronoa Zoro has been destined for greatness since One Piece started. The...
Previous article
Anime Personality Types: Male & Female Character Of Every Archetype
Next article
15 Best ESFP Anime Characters Till 2023