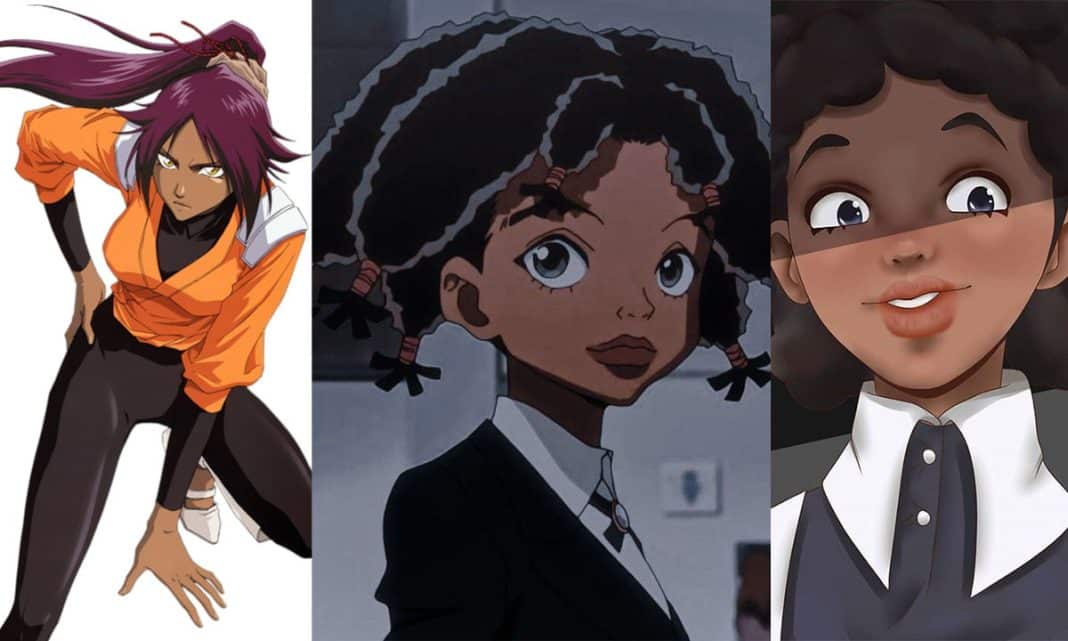 If you’re looking for black anime PFPs as far as the background and the overall ambiance are concerned, we’ve added them below. But we’ll start off with black anime character PFPs first.

We already had an idea of who to add here from our own list of the best black anime characters, plus some additions.

A rapper, shinobi, and jinchuriki – Killer B is everything Snoopy can’t be. Easily one of the best black anime characters yet in the animeverse, Killer Bee inspired a generation.

The Original black anime character, a black dude set in future Japan where matters are again settled by katans, Afro Samurai sets out for revenge.

5 Episodes or arguably the most influential anime ever created, Afro Samurai has a cult following and deservedly so.

Zapp is everything that you expect from a non-OP MC, flirty, hot-headed, boyish, just that he’s black.

Maybe the hottest female black anime character created, yet, Michiko is exotic and then some. She’s wild, loud, and wants things her way. She can do the dirty work, beating up a couple of baddies every now and then.

Dutch is badass. Ex-Marine who fought in ‘Nam and then gone AWOL now working as a hired gun, Dutch is as bad as it gets.

Back in ‘98 Coffee defined what a black anime character should be, a gun-wielding beauty, smoking hot. There’s even a track from Cowboy Beebop, Black Coffee.

And even though she didn’t really have much time on-screen, she remained a pop character.

Yoruichi really showed how female black characters can be sexier. She has the brains too and she’s a Shinigami, transforming into a black cat. Yoruichi for Catwoman?

Not much time on screen but Darui has a fan following mostly comprising drooling women.

The one black anime character you wouldn’t wanna mess around with, Atsuko Jackson’s a cop and she knows how to show the badge.

Now here’s a teenager who’s got a lot of unwarranted attention for obvious reasons. She’s just a kid or is she?

Just a couple of PFPs that you may find worth a shot. These are not black anime characters but they are black anime PFPs nonetheless.

Extroverted, Intuitive, Thinking, and Prospecting. These are the traits of an ENTP person. We skimmed through the ENTP anime characters' personality database and ranked...
Previous article
Best Anime Christmas PFP to get into the Holiday Spirit
Next article
35 Best Anime On Crunchyroll Ranked From Good To Great!