AnimeAntonio Madrigal: The Youngest Madrigal & Fan’s Theory Around Him

Antonio Madrigal: The Youngest Madrigal & Fan’s Theory Around Him 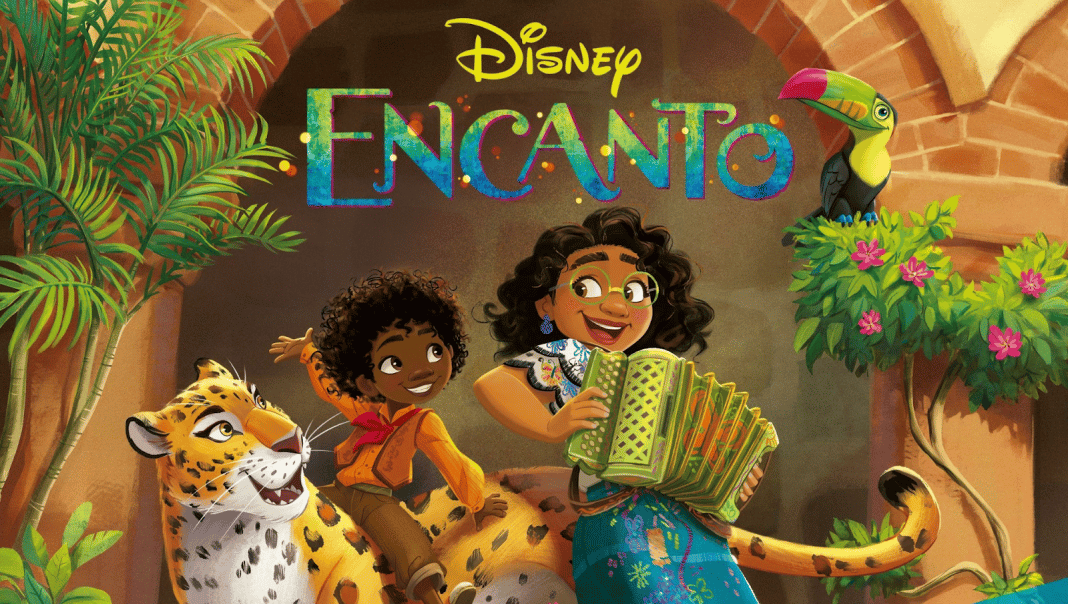 One of Walt Disney’s most famous animated films, Encanto, features an eventful story of magic blended with awe-inspiring songs, music, and dance.

Encanto was initially thought to be a standard animated movie, but one of its songs, “We don’t talk about Bruno,” caught fire on social media and set the billboard rating for weeks.

We Don’t Talk About Bruno (From “Encanto”)

The movie wasn’t a big hit just because of the viral song, but its endearing characters and a deep underlying moral well depicted.

However, out of 13 family members, Antonio Madrigal was the only character who gave us a chance to see how Madrigals receive their magical gift (power) on their 5th birthday.

So let’s find out more about Antonio Madrigal and the powers he was gifted at the age of five!

Antonio Madrigal is one of the main characters of Encanto. He is the youngest brother of Dolores and Camilo and the last son of Pepa and Felix Madrigal.

On his 5th birthday, Antonio was seen hiding beneath Mirabel’s bed, afraid of not receiving a gift like her cousin Mirabel.

However, as he was the youngest child in the house, Alma Madrigal didn’t impose the same expectation on him as she did on her other siblings.

In contrast to his siblings Dolores and Camilo, Antonio was too close to his cousin Mirabel, who didn’t have a magical place of her own and was living with Antonio in the nursery.

While living with Mirabel, Antonio realizes how hard it is for Mirabel to live without magic and wishes for Mirabel to receive her gift in the future. On the other hand, Mirabel gave him a stuffed jaguar for his birthday and encouraged him to believe in his luck.

Like DC has Aquaman to rule over the oceans, Disney has Antonio to command wildlife! This is the absolute power Antonio received on his 5th birthday, known as Zoolingualism.

With his magical ability, Antonio can speak to birds, animals, and other wildlife, which ultimately allows him to rule over the forest. After receiving these tempting powers, Antonio was given the title of “Animal Whisper.”

However, he cannot directly control the animals since his power derives from the relationships of trust and connection he develops with them.

To support this fact, we can point to the scene where Bruno’s rats met Antonio and told him about Bruno’s hideout, which was never discovered before. We won’t reveal anything else to avoid a spoiler.

The Bonds Between Madrigals – Antonio and Mirabel

Antonio is the younger brother of Dolores and Camilo but he shares the deepest bond with her cousin sister, Mirabel. Because Mirabel was the only family member without any magical powers and spent her entire life in the Nursery.

Antonio understands how difficult it is to be an ordinary person in a magical family, he wishes Mirabel would receive her gift one day and move to her own magical room.

Antonio is also optimistic and empathetic to Mirabel, and his admiration for her is so great that he does not believe she is to blame for their family’s downfall that his uncle Bruno saw in his dreadful vision.

If we were to uncover the source of Antonio’s blind trust in Mirabel, we would see that it stems from the time he spent with Mirabel in the nursery.

The Bonds Between Madrigals – Antonio and Bruno

Despite being Antonio’s maternal uncle by blood, Bruno was a complete mystery to the young family members, including Antonio, because Bruno had left the house before Antonio was born. Since then, no one has been allowed to speak about him.

However, after Antonio receives his gift and communicates with Bruno’s rats, he learns more about his uncle and finds his hiding place, behind the walls of their house, which is Bruno’s hideout.

And due to their mutual love for animals, Antonio considered Bruno a friend after a very short time. He offered his room to Mirabel and Bruno to let them see the vision again and gave him a plush jaguar to calm his nerves during the magic performance.

A Fan-Made Theory – Antonio Backed Mirabel All The Time?

Antonio and Mirabel are quite close; Antonio may have been supporting his older cousin Mirabel all along.

A fan hypothesis (via Reddit) claims that Antonio secretly kept an eye on Mirabel while she investigates why the magic was starting to fade away.

According to this fan-made theory, Mirabel has numerous encounters with animals throughout the film. For example, when Mirabel visits Bruno, a bird accompanies her to see Bruno’s abandoned room.

In another scene, when the whole family was dining in Isabela’s engagement, Antonio’s coatis put together the fragments of Bruno’s broken vision that Mirabel collected from his tower.

Then towards the end of the movie, Antonio follows Bruno’s rats and meets with Mirabel and Bruno behind the walls of their house. The next moment, he offers them his room so Mirabel can see Madrigal’s future and discover how to protect her family from impending destruction.

So, following Mirabel’s interactions with birds and animals on various occasions, we can assume that this fan-made theory may be true, and Antonio may have covertly directed all of them to support Mirabel.

Even if this isn’t the case, it seems amusing and relevant.

Let us know what you think about it and if you have any theories, share them in the comments.

Extroverted, Intuitive, Thinking, and Prospecting. These are the traits of an ENTP person. We skimmed through the ENTP anime characters' personality database and ranked...
Previous article
50+ Demon Slayer PFPs: The Best Collection of Demon Slayer PFPs Yet!
Next article
Isabela Madrigal: The Uncrowned Princess of Encanto